It’s time for the BricksFanz monthly round-up of new LEGO® Magazines and their covermounted LEGO goodies. There is a new collection of LEGO goodies this month, including Minifigures and minibuilds. As we enter a new year, there are a few changes to LEGO Magazines, the LEGO Star Wars magazine has switched publishers and will now be published by Immediate Media, who publish all other LEGO titles. Therefore going forward, the LEGO Star Wars magazine will now be included in the overall LEGO Magazines Monthly Round-up. As we move towards 2020, we can expect more Hidden Side magazines, more Giant Series titles and a new LEGO Disney Princess Magazine joining the line-up Plus expect more LEGO Star Wars specials now as well. Check out the full line-up of LEGO Magazines below. Plus there is still time to get the current issue of the Giant Series Magazine with a free polybag. Which will you be picking up? 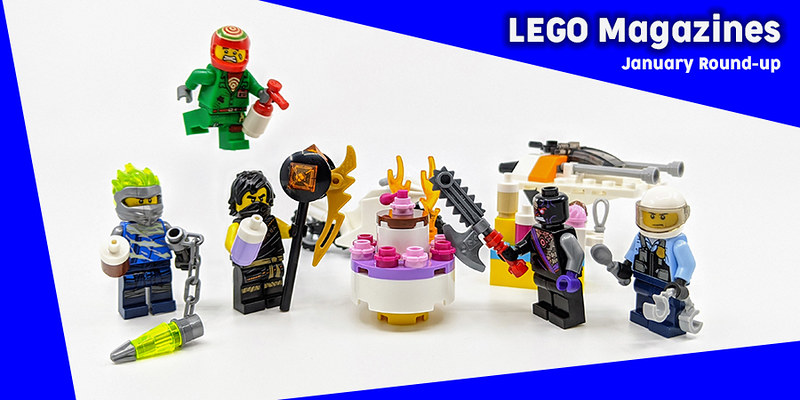