Beginning today, you can start collecting the new series of the LEGO® Create the World trading cards at Sainsbury’s, dubbed Incredible Inventions. Between August 28th and October 8th, you can get a pack of 4 cards free with every £10 spent, you can also purchase booster packs, also including 4 cards for 50p. Keep your collection neat and tidy in the LEGO Create the World Incredible Inventions Collectors Album for £2.50, which includes two free packs of cards. The first series of the LEGO Create the World trading cards proved to be immensely popular, with the collectors album being particularly hard to get hold of from Sainsbury’s stores, so if you’re planning on collecting the second series, buy the album first. Expect in-store trading events to take place in larger Sainsbury’s stores towards the end of September. Until then, head to your nearest Sainsbury’s store now and get collecting. 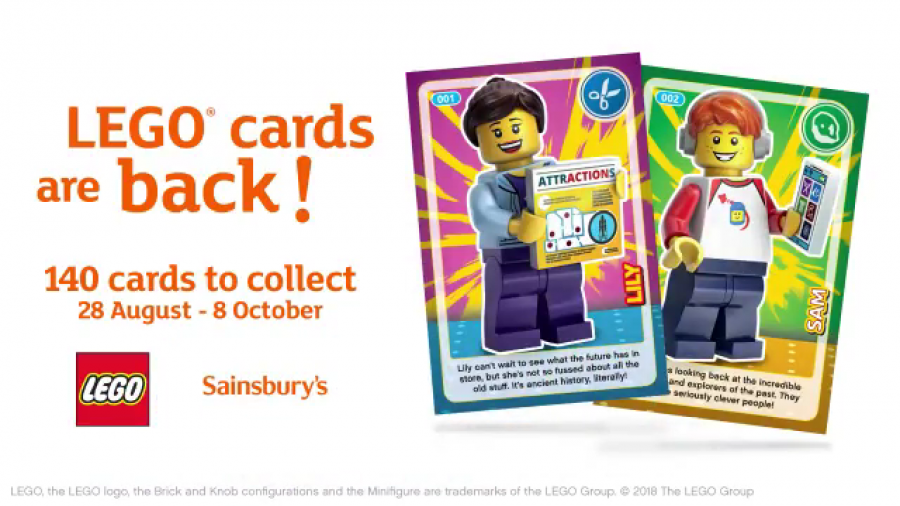