A number of weeks ago, LEGO® Ideas began their second contest in which builders were asked to create a minibuild which could become a future free gift given away during 2019. As next year marks the 40th anniversary of classic LEGO Space, the theme of the contest was Moments in Space. After 100s of entries, they were whittled down to 25, which have been closely looked at by a panel of judges made up of representatives from the LEGO Group. They have now chosen their winner and the lucky grand prize winner is Cosmic Rocket Ride! (Coin Operated) by mjsmiley. Their model will now be refined by LEGO designers and will be available at some point next year. There are also 10 runner up winner who you can see over on the LEGO Ideas blog. 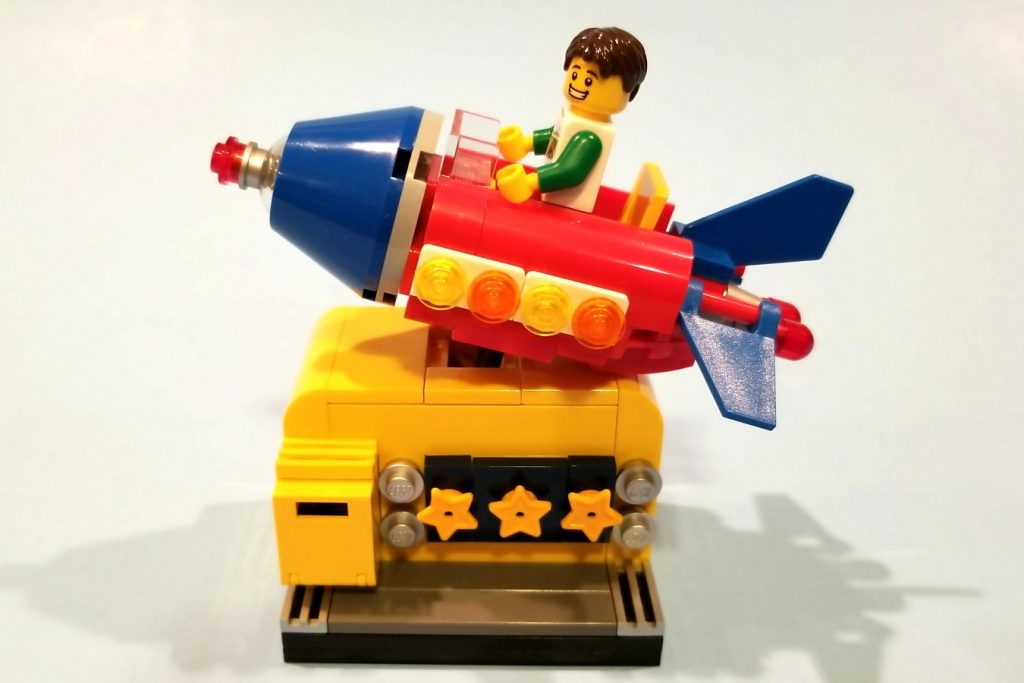