LEGO Ideas Brings Back Past Projects For Fan Vote

Last year LEGO® Ideas celebrated ten years, since it began offering budding builders a chance to get their builds turned into a LEGO set. Over those last ten years, there have been many projects which have achieved the required 10,000 votes but never made it onto store shelves. Now four past fan projects have been brought back, with a second chance of becoming the next LEGO Ideas set. The LEGO Ideas Review Board has already chosen four past projects and now it’s down to you to decide which project will get turned into a LEGO set.

The 4 product ideas that have been selected by the review board for you to vote on include Small YELLOW by Nathan Sawaya (previously known as ‘brickartist’ on LEGO Ideas), International Space Station by XCLD, Stitch by Legohaulic as well as Sega Classic Arcade Machines by SpacySmoke. To vote for your favourite, visit this page and to learn more about the special LEGO Ideas Fan Vote, click here. Voting is open now and closes on June 4th, when the winning project will be announced. 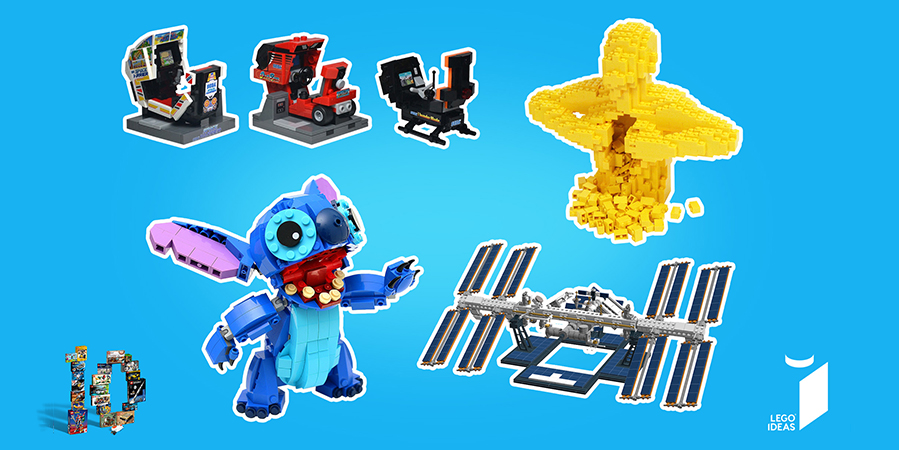