LEGO House Duck First In A New Series Of Sets

Today LEGO® House in Billund, the new LEGO House Wooden Duck Limited Edition set has been officially revealed. The set is the first in a new series of Limited Edition sets, which will only be available in the LEGO House store. The Wooden Duck will be available from Monday when the LEGO House attraction reopens. The 621-piece set will cost 599 DKK and will not be available online, like other LEGO House sets were, due to COVID-19. The set was developed by Stuart Harris, the master model builder at LEGO House and Jme Wheeler, who normally works on the NINJAGO line, with both taking inspiration from the long history of the original wooden toy, which was produced by LEGO for over 25 years. See more of the set below and learn how the set was chosen to be the first in a new series of LEGO House exclusive sets. 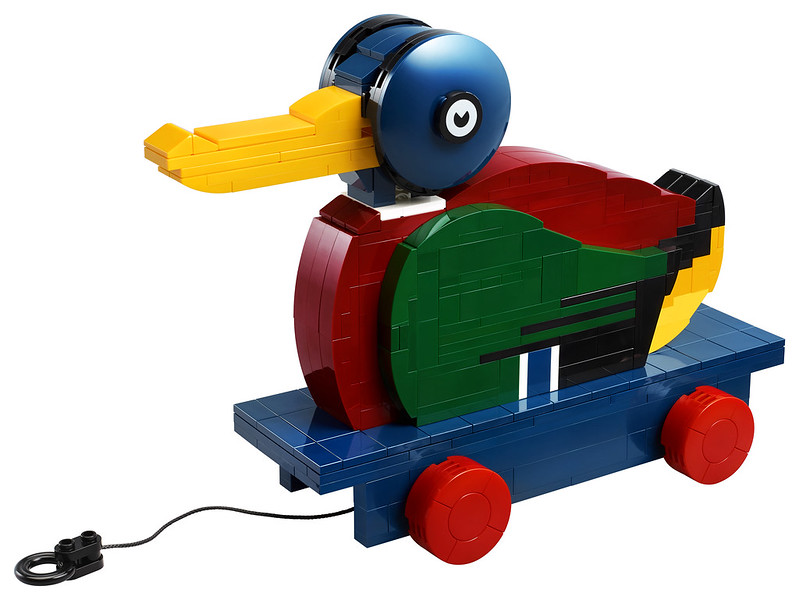 An iconic piece of LEGO® building heritage is now available in Billund, Denmark. Ever since the opening of LEGO House in 2017 creating exclusive products has been important as they add significantly to the experience of visiting LEGO House – the pinnacle LEGO experience.

LEGO House is now introducing a new series called: The LEGO House Limited Editions. The Wooden Duck (40501) is the first in this exclusive range of collectable products celebrating key moments in LEGO history.

The original wooden duck is one of the most iconic features in the LEGO history and you can find the wooden duck replicated in LEGO bricks many places throughout LEGO House – in the Tree of Creativity in World Explorer and even in the Red Zone. 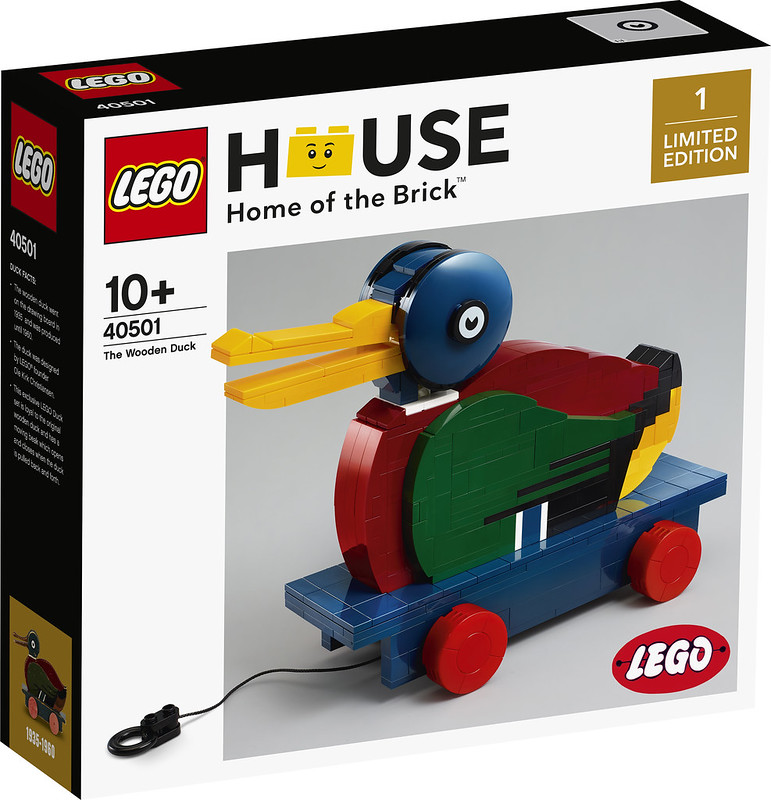 The story behind the LEGO® duck

More than 100 years ago, 24-year-old Master Carpenter Ole Kirk Kristiansen buys a wood workshop in the tiny town of Billund, Denmark. From the very first toys coming out of Ole Kirk’s workshop, the dedication to quality and functionality is obvious. The design and the carving, sanding, and painting of each piece of toy is done to perfection because Ole Kirk is convinced that children deserve toys of high quality, made of the finest materials, so that they will last for many years of play.

In an interview from 1982, Ole Kirk’s son, Godtfred Kirk, shares the following story about his father’s focus on quality:

Working in his father’s workshop as a boy, Godtfred Kirk is laying the finishing touches on a consignment of wooden LEGO ducks. This means applying coats of varnish, and finally bringing the boxes with the finished toy ducks to the train station for dispatch. Back at the workshop, Godtfred proudly announces to his father that he has done something really clever and saved the company money.

“How did you manage that?” asks Ole Kirk.
“I gave the ducks just two coats of varnish, not three as we usually do,” is Godtfred Kirk’s answer.
Back comes his father’s prompt response:
“You will immediately fetch those ducks back, give them the last coat of varnish, pack them and return them to the station! And you will do it on your own – even if it takes you all night!”
“That taught me a lesson about quality,”

Godtfred Kirk recalls and continues to explain how he then carved out wooden signs with his father’s motto “Only the best is good enough” to hang on the walls of the workshop to remind himself and the rest of the employees never to compromise on the quality of a LEGO product.

Throughout his life, Godtfred Kirk remembers his father’s words and to this day, “Only the best is good enough” – because children deserve the best. 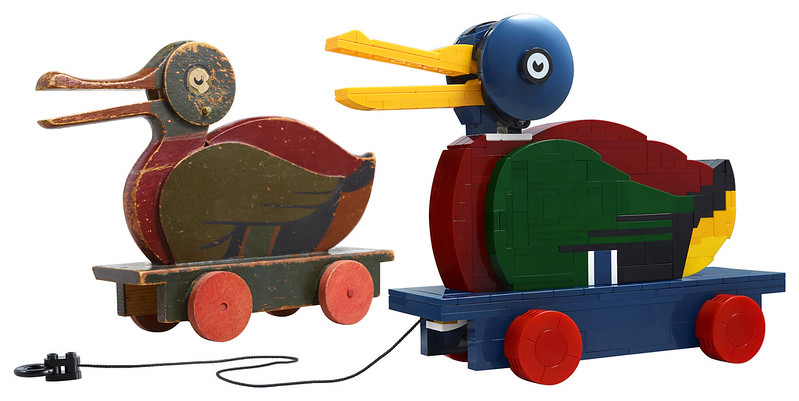