As I reported this morning a number of LEGO® sets have been named in the Toy Retailers Association DreamToys list. One set made the Top 12 and that set is the Harry Potter Knight Bus, which has appeared on a number of top toy list this year. LEGO UK have sent over a press release, which you can read below. 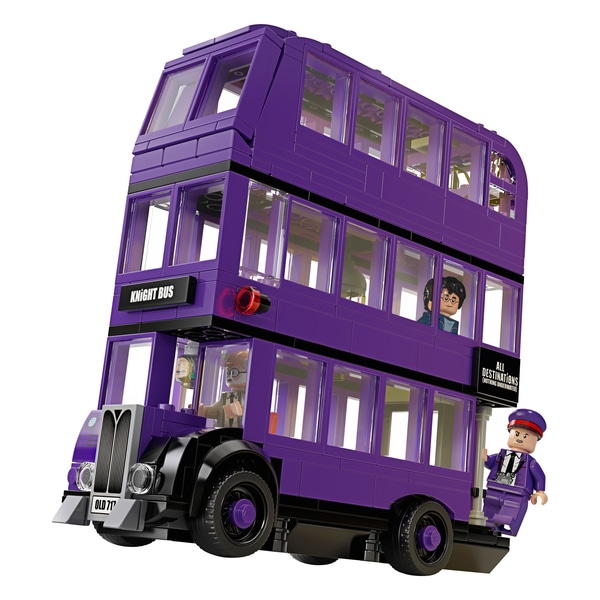 13th November 2019 – The LEGO Harry Potter™ Knight Bus has been named as one of the top products for Christmas 2019, in the independently judged Dream Toys Top 12 list, released today.

The LEGO Harry Potter™ Knight Bus (RRP: £34.99) was named as one of the Dream Toys Top 12 Toys for Christmas 2019 – in a list voted for by judges from influential members of the toy industry, including top retailers and brands. This follows a 2018 win for the LEGO Harry Potter™ Hogwarts™ Great Hall, which went on to be one of the LEGO Group’s best-selling toys of 2018 (NPD data Oct 2019).

Featuring three new-for-June-2019 LEGO Harry Potter™ Minifigures, including Harry Potter, Stan Shunpike and Ernie Prang, this three-level bus features a hinged side panel for easy access to the interior, and a removable roof to reveal the upper deck. With a sliding bed and swinging chandelier also, this magical toy bus playset is bursting with play potential.

More information on the set can be found below and on LEGO.com: https://www.lego.com/en-gb/product/the-knight-bus-75957

Marius Lang, Head of Marketing, UK & Ireland said: “It’s a fantastic feeling to have our LEGO Harry Potter™ Knight Bus named as one of the top 12 products this Christmas.”

“With products from across our diverse portfolio recognised by the industry’s top figures, we’re pleased at the positive impact LEGO play continues to have on children’s creativity and imagination.”

“As we head into the festive season, we can report that we are currently the number one toy manufacturer in the UK (as of October 2019). This is truly testament to the commitment that The LEGO Group has upheld for over 60 years to only release sets and ranges that provide endless fun and creativity through our iconic brick system.”

Dream Toys is a media initiative run by the Toy Retailers Association and supported by members of the British Toy and Hobby Association. A seventy two-strong long list is selected from the votes of a panel of industry figures, before a final top 12 is announced at the event.