Forty years ago and long before the cross-product success of Bionicle, NINJAGO and CHIMA, plus more recent story-driven themes such as Hidden Side, the LEGO Group created a whole new theme aimed at young children that would sit between DUPLO and the standard LEGO® System range. Released in 1979, Fabuland was the first theme that LEGO created which went beyond the brick, by also encompassing storybooks, clothing and a great stop-motion TV series. Much like CHIMA and similar themes, Fabuland was a character based range which featured a cast of colourful animal characters. These ‘Fabufigs’ were much bigger than the standard LEGO minifigures and had movable arms, legs and unlike their LEGOLAND neighbors, a ball-jointed head. 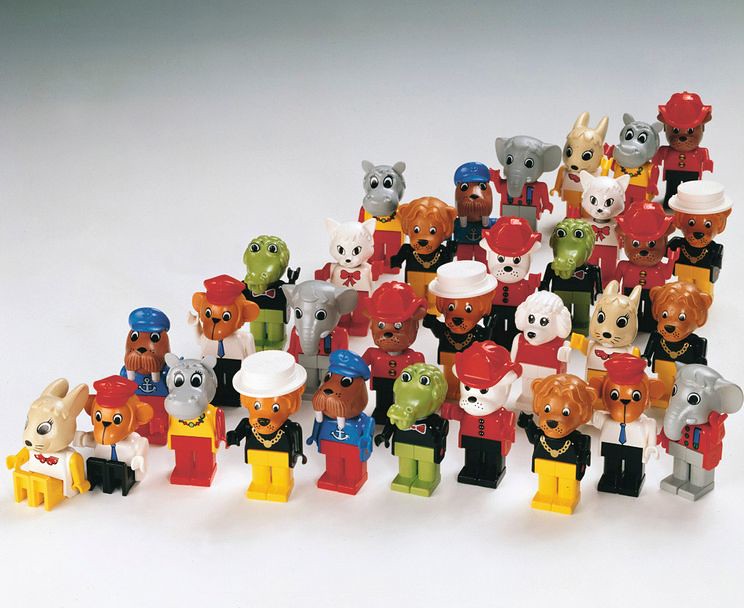 These animal characters were given names and stories, with each of them having their own little role to play within Fabuland. Although the ‘Fabufigs’ were vastly different in style to the minifig, the foundations of the Fabuland world were made up with the standard LEGO bricks. These were accompanied with a wealth of new elements like furniture, vehicle parts and accessories. Even the build instructions offered something new for LEGO, as children constructed their Fabuland sets, parents could then read them the story that followed the build and the characters it included.

In the UK, a claymation TV show was created around the world of Fabuland called ‘Edward and Friends’ these 5 minutes stop-motion shorts aired on BBC2 in 1987 and also spawned a collections of story books published by Ladybird. Although based on a line of children’s toys, Edward and Friends attracted the talent of some British greats with Bernard Cribbins providing the voiceover and Mike Batt, father of the Wombles, creating the music.

Fabuland stayed on the market for 10 years before being discontinued in 1989. There were over 100 sets produced many of which have become incredibly sought after thanks to the themes many unique elements. It was reborn briefly in 2000 under the new guise of the LEGO Mickey Mouse range, which was based upon the popular Disney character and used a majority of the unique elements created for Fabuland.  Not surprisingly some of these unique elements have since re-appeared in more recent LEGO sets like Star Wars, Harry Potter and even Friends. So even 40 years on the legend of Fabuland lives on through some of its elements. Head over to our friends at New Elementary, who take a closer look at some of the elements still in use today. 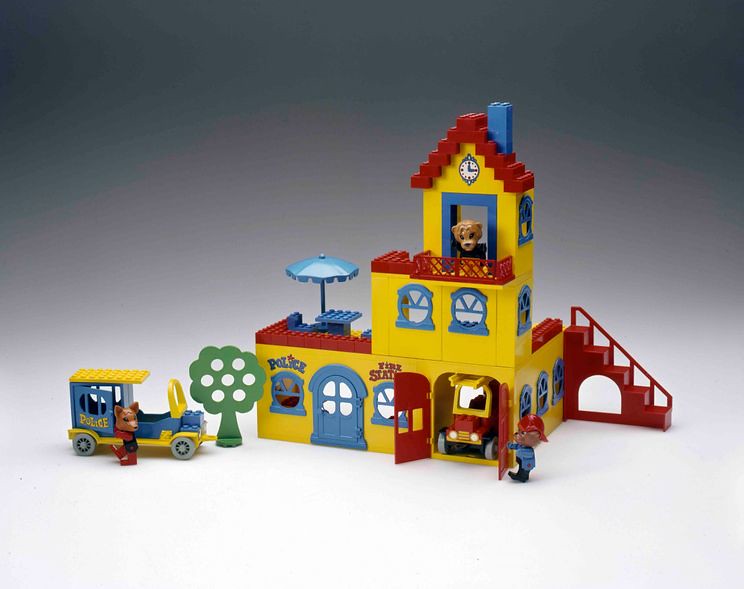 Although the theme is long gone, its 40th anniversary was quietly marked earlier this year in The LEGO Movie sequel. Residents of Fabuland joined Mini-dolls, Minifigures and DUPLO figures in the colourfully crazy Systar System. Only appearing briefly on screen, Fabufigs could clearly been seen during various sequences. Their role was expanded on for the accompanying video game based on the film. It turns out the Fabuland characters worked in the mines of Queen Watevra’s palace. The characters were playable in the game, but TT chose to redesign them as standard Minifigure bodies, with Fabuland-style heads. 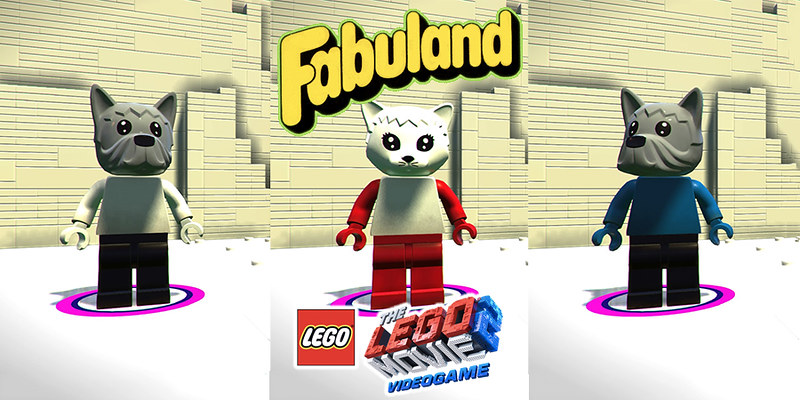 Fabuland still has a loyal following especially in the AFOL community. Back in 2016 at BRICKLIVE in Birmingham, Sybrand Bonsma showed off his impressive display of Fabuland sets and inspired builds, which created a fun-filled village. Check it out in Beyond the Brick’s video below. Earlier this year at Brickvention in Australia, Shelly Timson and Richard Jones showed off their excellent Fabuland themed BrickHeadz, also captured by Beyond The Brick.