Early last year it was announced that Egmont Magazines would be publishing a new education-focused LEGO® magazine called LEGO Explorer. This new title includes a unique LEGO polybag set with every issue and you may have already seen some of the issues as it’s been out in Germany for a couple of months now. It has now been confirmed that the magazine will launch on October 21st in the UK and if the UK edition follows the German one, then it should include set 11938: Robot (shown in image below). You can see other upcoming sets over on Brickset. Details of the UK launch have gleamed for various sources – Huw and I have contacted Egmont who have stated it’s coming out in October. I’ve got access to the UK news wholesale database, with has now added the title and publishing date. Plus eagle-eyed BricksFanz reader, Gareth has found the magazine on the newsstand.co.uk. I’d recommend asking your local newsagent to get you a copy but it should be available from the usual major retailers. Issue one should set you back £3.99, which isn’t bad for a unique polybag set. 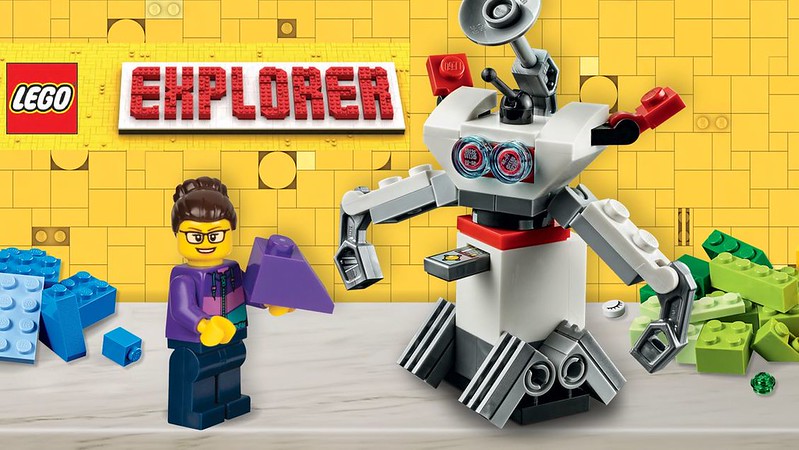 Brick experiments, LEGO activities and fun facts about robots – does that sound like something for you? You might even spot some amazing builds from the LEGO Life community! LEGO Explorers magazine, Egmont, published 2020.