Earlier this evening LEGO® CON returned for its second outing and although it was billed as being heavily aimed at families and younger LEGO fans, there were many announcements of interest to AFOLs. The event saw the official reveals of numerous new sets including Star Wars, Minecraft, LEGO Art and LEGO Marvel. But the stars of the show were the first looks at two 90 Years of Play sets inspired by some of the earliest LEGO releases. We also get a sneak peek a three new LEGO Minifigure characters coming in the next collectible series and the first look at LEGO Super Mario Series 5 Character Packs. Beyond set reveals, a trailer for the second part of NINJAGO Crystalized was shown along with news LEGO Friends could be heading for a reboot with brand new characters replacing the current line-up. Plus LEGO Brawls has been given a release date and will arrive on multiple platforms on September 2nd. Catch up on all the LEGO CON 2022 news below and LEGO CON will be back next year. 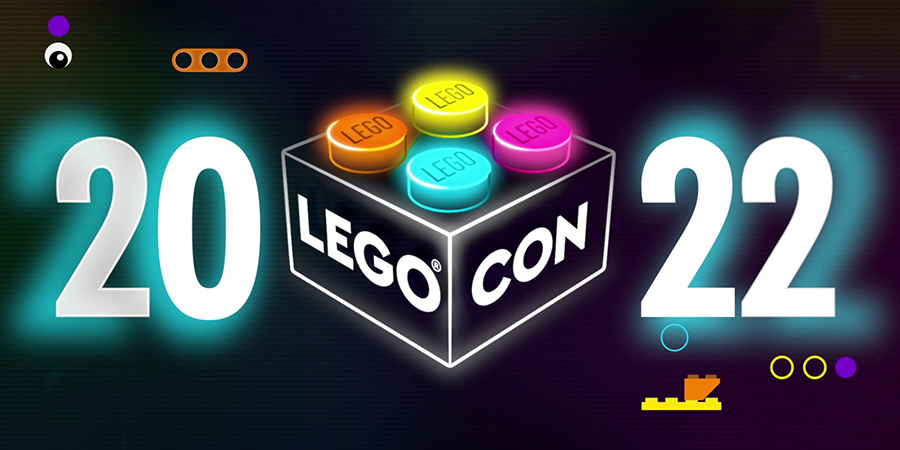 LEGO® CON 2022 IS BACK BIGGER AND BETTER THAN EVER

Bursting with product and brand reveals, magical sessions, activities, and extra special guests that took fans behind the scenes

Billund, Denmark – June 18, 2022: The LEGO Group put on the show of all shows as it once again wowed fans with the virtual and free to attend LEGO® CON. Designed specifically for brick-loving families, the two-hour live show, hosted by Vick Hope, Joel McHale and Melvin Odoom, was bursting with entertainment. It gave LEGO afficionados a sneak peek into the latest LEGO news and products whilst connecting them with other LEGO enthusiasts from around the world.

Wrapped in an extra-special LEGO brand 90th celebration, the abundance of sessions at this year’s event truly challenged fans to think big as it included everything from the magical to the fantastical and even the super-powered.

In its session on ’90 years of play’, the LEGO Group kicked off its summer of 90th anniversary celebrations. The session saw the launch of two unique heritage products in honour of the big occasion, each designed to evoke nostalgia. Taking center stage was the LEGO® Lion Knights’ Castle that comes complete with a working drawbridge and portcullis, hidden passageways, dungeon escape routes and spinning waterwheels, as well as the LEGO® Galaxy Explorer set, which was revealed through a touching reunion of LEGO families.

As well as its new anniversary products, the company revealed ‘Make the World a Playground’, a summer-long campaign for its 90th anniversary, where kids and AFOLs alike are invited to unleash their imagination and use their creativity to add even more play to our world.

Among the new products revealed, fans were treated to an exclusive look at the brand-new LEGO® Avatar product range celebrating the overall franchise to-date in advance of Avatar: The Way of Water premiering this December. The newly-revealed set features the LEGO® Avatar Toruk Makto & Tree of Souls that lets fans recreate the moment from the first film when Jake, as Toruk Makto, rallies the Omatikaya Clan to defend not only one of their most sacred sites, the Tree of Souls, but all of Pandora. 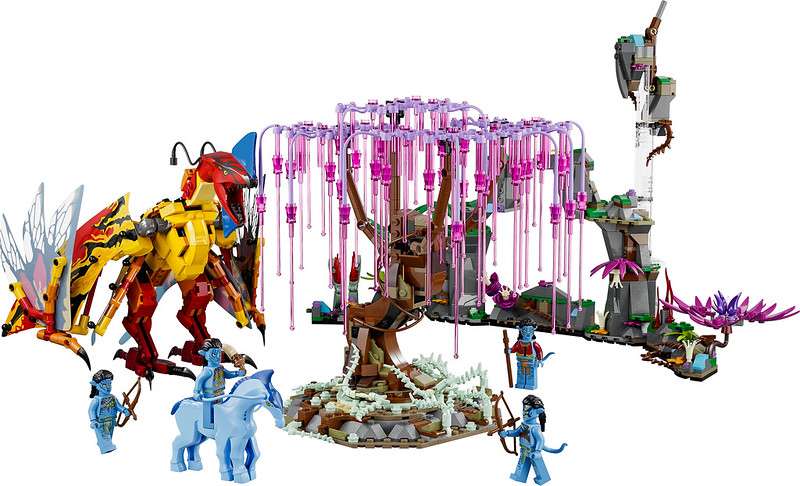 The company also announced several exciting updates to its already beloved lines. Another big reveal saw viewers given an exclusive first-look at the brand new, truly out of this world sets coming to fan-favourite, LEGO Star Wars. The sets, LEGO® Star Wars™ The Justifier™ and LEGO® Star Wars™ AT-TE™ Walker will offer fans the chance to recreate the epic Star Wars: The Bad Batch stories with the incredible model of bounty hunter Cad Bane’s starship, The Justifier, or power into battle against the Separatist Droid Army with the AT-TE™.

Fans of LEGO® Marvel™, meanwhile, were treated to a first-look at a new Doctor Strange set showcasing the Sanctum Sanctorum as featured in a number of films, giving them a chance to open up their very own multiverses. LEGO Minecraft® builders were spoilt with two brand new sets to add to their collection: LEGO Minecraft The Abandoned Village and LEGO Minecraft The Skeleton Dungeon. 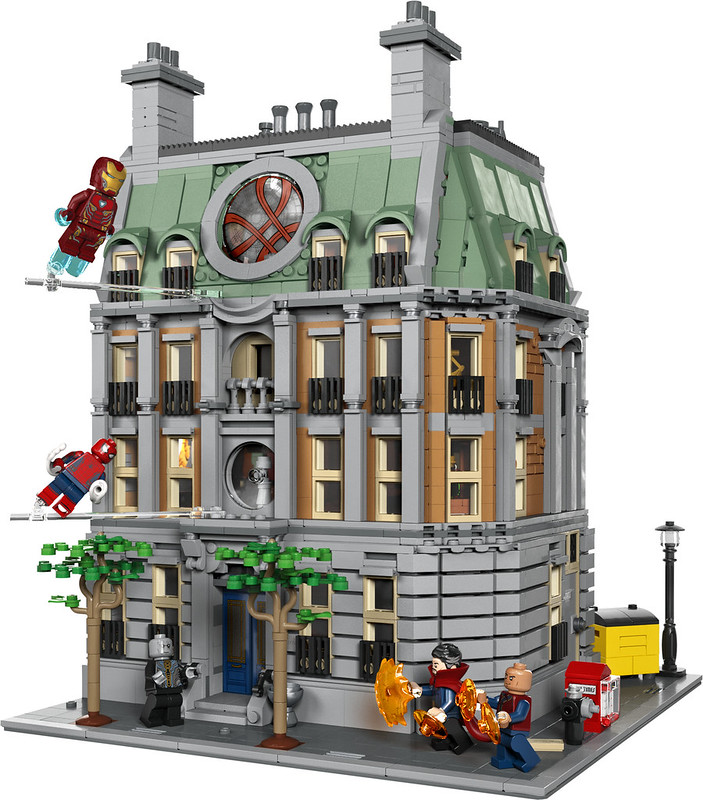 Lovers of LEGO® Super Mario™ weren’t left out either! They were given a glimpse at the brand-new Character Packs that will be introduced to the LEGO® Super Mario™ universe, with fun characters including Nabbit, a Purple Toad, Hammer Bro, Waddlewing, Toady, Baby Yoshi, Red Yoshi and Blue Shy Guy joining the fun. They were also shown how new and existing characters alike can interact with the LEGO® Mario™, LEGO® Luigi™ and LEGO® Peach™ Starter Courses. 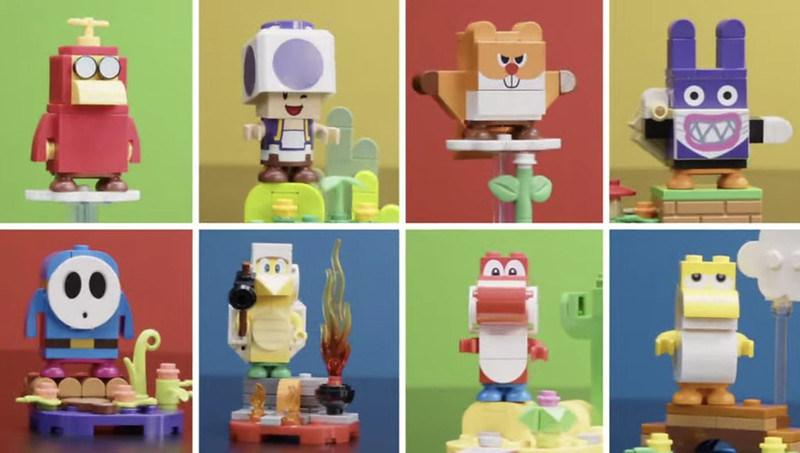 There was also a first-look at a new sporty range of LEGO® Brickheadz™ allowing fans to become a FC Barcelona player in LEGO BrickHeadz form and viewers were the first to be shown the very latest LEGO Minifigures collection that will be joining the LEGO range later this year. 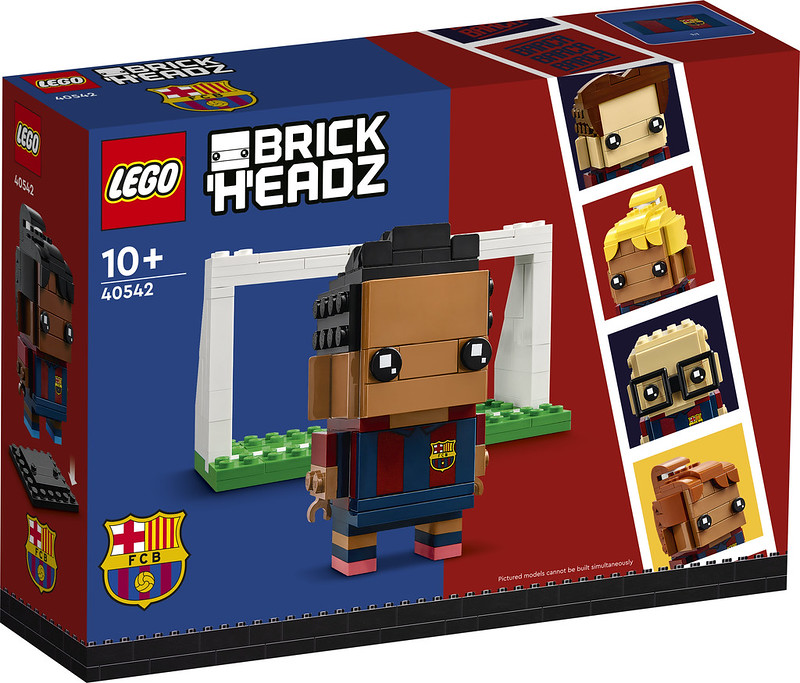 To top the many product reveals and sessions, the jam-packed show was also full of opportunities for fans to immerse themselves in live building activities and conversations with experts from around the globe.

Event highlights included a creative masterclass from inside Pixar Animation Studios, which was given by none other than the director of Disney and Pixar’s ‘Lightyear’, Angus MacLane. LEGO® Harry Potter™ fans, meanwhile, were given the chance to see how we turn movie sets into LEGO sets through a magical building tour of the Warner Bros. Studios London – The making of Harry Potter™ with Harry Potter film actress Evanna Lynch and LEGO designer Marcos Bessa – giving audiences tips and magic tricks for building their very own creations along the way.

LEGO fanatics were able to take part in epic challenges, where they were shown innovative and diverse ways to build with LEGO bricks. Challenges included many special guests, including Agnes Larsson from Mojang Studios, as well as a special LIVE LEGO Masters build challenge hosted by LEGO Masters Judges Matthew Ashton and Jamie Berard, with contestants from around the globe being challenged to build the most playful cake you’ve ever seen.

“Our fantastic LEGO CON is all about bringing fans together around our shared passion for the brick. It is our way of opening our virtual doors and bringing fans of all ages closer to our designers and incredible products, to experience some of what we experience every day at the LEGO Group,” said Emma Perkins, Head of The LEGO Agency EMEA. “This year’s LEGO CON kicks off our 90th anniversary celebrations and, to celebrate all of our awesome fans, we wanted to make sure this year’s show was even bigger, better and brickier than last year!”

Many other beloved lines were also showcased and had some exciting new updates of their own. During the show, new LEGO Art Floral Art sets and LEGO DOTS Stitch-on and Adhesive Patches were revealed and from Games we heard about LEGO Brawls, which will soon be landing on your preferred gaming platform.

Moreover, LEGO® MINDSTORMS® revealed Machine Learning: a new extension in the Robot Inventor app, which uses the camera or microphone on your device to identify different images or sounds such as voice commands.

Fans had an exclusive look at the finale of the 2022 LEGO Friends show, while LEGO NINJAGO® saw a sneak peek of what’s to come later this year. LEGO CITY had cool activities such as a live in-studio stunt action and fans also got a chance to get closer than ever before inside a LEGO Technic™ set.

Missed the action? No problem!

LEGO CON 2022 is now available to stream for free in full at www.LEGO.com/LEGOCON or on the LEGO YouTube channel  http://youtube.com/LEGO.

You can also check out the latest news and products that were revealed during LEGO CON 2022 by visiting LEGO.com.