For those collecting the new LEGO® Batman Trading Cards, you may want to know where you can find all of the Limited Edition Gold Cards. Most are easy to find as they are included in the Starter Packs and various Multipacks, but you’ll also need to track now the next two issues of the LEGO Batman Magazine. The first of which is one sale now along with the four different multipacks to collect, which each contain 2 of 8 different Limited Edition cards. So here is the full list of the 12 UK Limited Edition LEGO Batman Trading Cards. 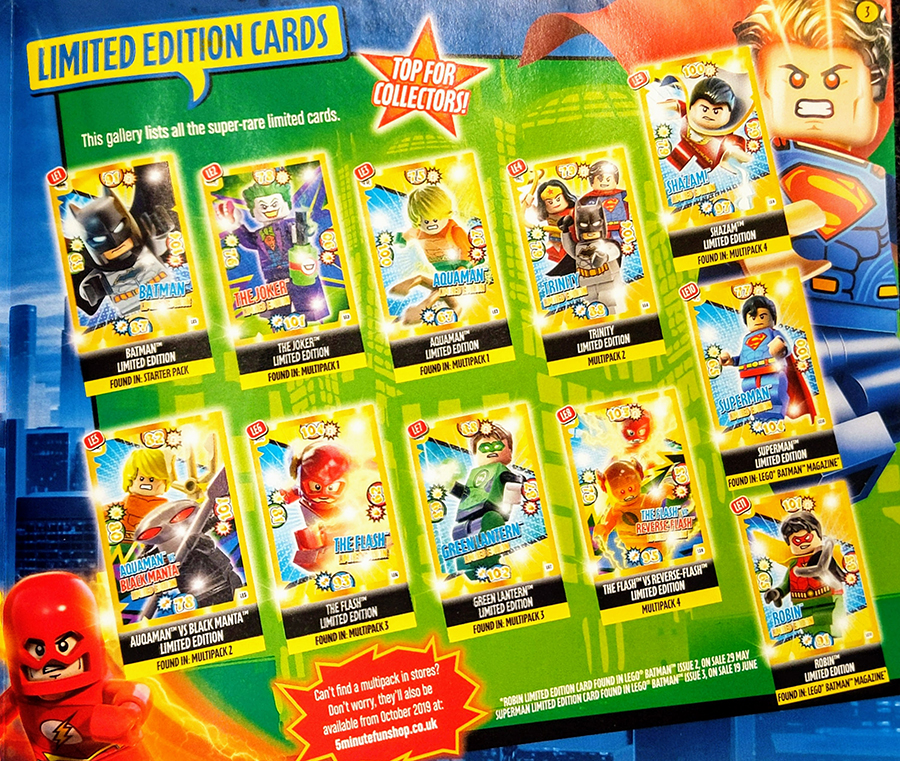