iPaper Team Up With LEGO For Newspaper Promotion

Home » News » iPaper Team Up With LEGO For Newspaper Promotion

The UK LEGO Newspaper Promotion returns, well sort of, as LEGO® and Warner Bros. Pictures team up with the i newspaper for a new LEGO giveaway. Next weekend you’ll be able to get a free The LEGO NINJAGO Movie Kai keychain when from McColls stores. Hopefully this won’t be a repeat of the shambles which occurred when The Times did a LEGO giveaway with them earlier this year. Full details below. 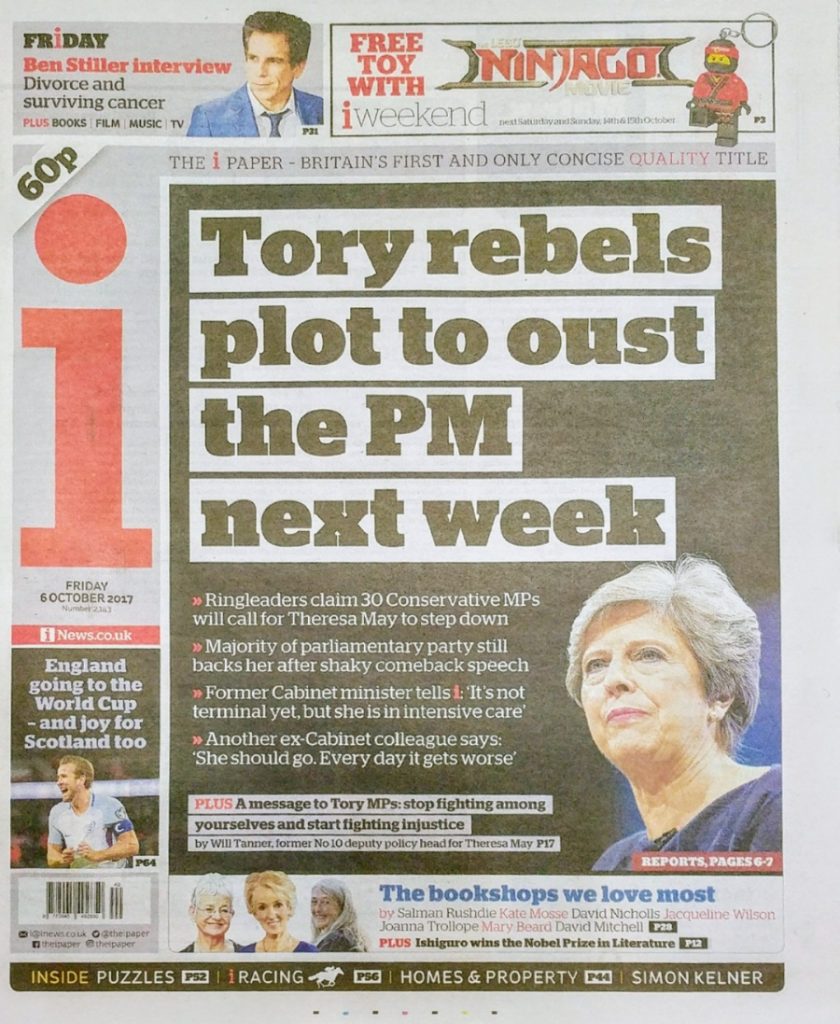 LEGO returns to UK media with i paper partnership

The i paper has a new partnership – with Lego and Warner Bros. The world’s favourite toy maker and the film studio have teamed up with i to offer readers a free Lego toy with iweekend, next Saturday, 14 October.

To mark the release of The Lego Ninjago Movie on 13 October – just in time for half-term – i has a special offer for readers (of all ages) to collect a free Lego Ninjago Minifigure toy keyring with your copy of iweekend. i editor Oliver Duff said: “Like many of our readers, I spent thousands of hours as a child scrabbling around on the carpet with my Lego. Sometimes I even let my brothers watch me play with it.

“So it’s really pleasing to get to work with a brand so loved by the public, and which is strengthening its presence in the UK.” He added: “i has lots of young readers, and I hope this new partnership will appeal to a few more.

The retailer has created one of the largest Lego office hubs outside Denmark in London, and the world’s biggest Lego store opened last year in Leicester Square. The offer will run in the iweekend edition dated Saturday 14 and Sunday 15 October, priced at 80 pence.

Using a coupon in iweekend, readers will be able to redeem the toy in store – by simply swapping the coupon for the free toy. The participating retailers are Martin’s, RS McColl and McColl’s. Online redemption will also be available. Familiar terms apply: the offer will be available while stocks last – with more details published in iweekend this Saturday 7 October and in i next week.