Tomorrow The LEGO Group will be unveiling their state of the art billboard to the public at Westfield Stratford. The billboard will allow the public to build their own LEGO® brick creations on the huge digital billboard at Westfield. The billboard uses haptic technology to allow the public to move and manipulate LEGO bricks to build their own dream designs on the big screen. This is the first time that this technology has been used in an out of home setting in the UK. So if you’re free this weekend, head to the Westfield Stratford Shopping Centre in London to experience a truly unique LEGO event. 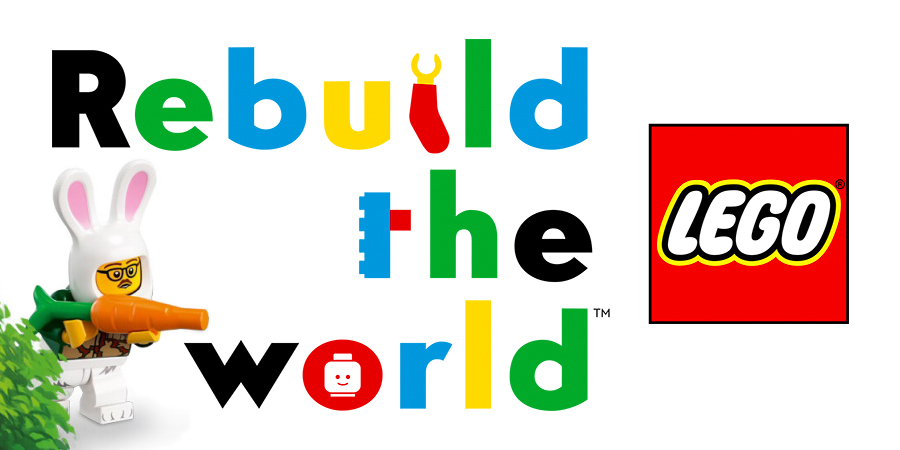 The LEGO Group UK and Ireland has used the latest advancements in haptic technology to create a brand-new digital play experience at London’s Westfield Stratford, running on the 24th & 25th October. This ‘first of its kind’ in the UK technology allows passers-by to move, rotate and ‘build’ virtual LEGO bricks on the ground with their creations showcased on the big digital screen for all to see.

The experience is part of the LEGO Group’s ‘Rebuild The World’ campaign, which aims to encourage children’s creativity and inspire them to develop and retain the skills needed for tomorrow’s world, celebrating kids’ creative resilience and their endless imagination.

The billboard has been designed with the latest haptic technology to bring this experience to life and allow consumers to unleash their creativity on the big screen . Visitors to Westfield will be able to immerse themselves into this building experience by virtually manipulating the LEGO bricks, allowing them to create their own unique digital build which will be proudly displayed on the billboard for passers-by to admire.

Marius Lang, Head of Marketing, the LEGO Group UK and Ireland said ‘We are thrilled to be the first company in the UK to use this new technology and create a unique way for families to showcase their creativity on such a grand scale. We can’t wait to see what people create on the big screen and hopefully inspire the builders of tomorrow.’

Earlier this month, the LEGO Group unveiled an awe-inspiring 13ft globe showcasing LEGO builds from children all over the world. Currently on display at LEGO House in Billund, Denmark, kids used their powerful imaginations to build these LEGO creations which allow us the opportunity to see the world through their eyes.

Families who can’t get down to the billboard this weekend can contribute their own LEGO builds on a digital version of the globe by submitting them at lego.com/rebuild-the-world. People can also explore the stories behind some of the builds on the website, including amusing insights into kids’ creative process.