From today and until November 21st, you can get a free LEGO® Harry Potter Diagon Alley microscale set when you spend £80 or more in LEGO Brand Stores or online via shop.LEGO.com. The set includes shops from the iconic street featured on the various Harry Potter movies. These include Gringotts Bank, Flourish and Blotts, Quality Quidditch Supplies, Weasleys’ Wizard Wheezes and Ollivanders Wand Shop. Mr Ollivander is also included as a minifigure. It’s an impressive little set and the perfect companion for Hogwarts Castle, which is also available now with double LEGO VIP points. 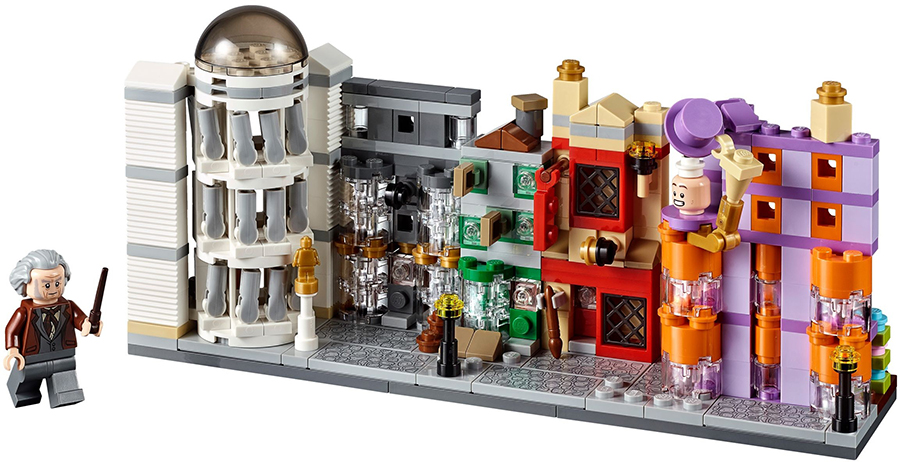