The latest LEGO® Pod is now available and is free when you spend £35 or more* on LEGO NINJAGO sets. The Zane Kendo Training Pod, is fourth NINJAGO themed LEGO Pod to be released and the second of which can only be obtained via a LEGO promotion. Just like other LEGO Pods the set includes a minifigure along with various accessories all housed in a clamshell pod. They have become quite popular with LEGO fans so don’t expect the latest release to be around for long. The promotion runs until May 3rd or while stock last. Valid products include those from both the NINJAGO and The LEGO NINJAGO Movie ranges. Visit shop.LEGO.com to get yours now.

*There does appear to be an issue with spend amount at the moment, as adding NINJAGO sets of £35 or more doesn’t activate offer yet adding a set of £79.99 triggers the offer. 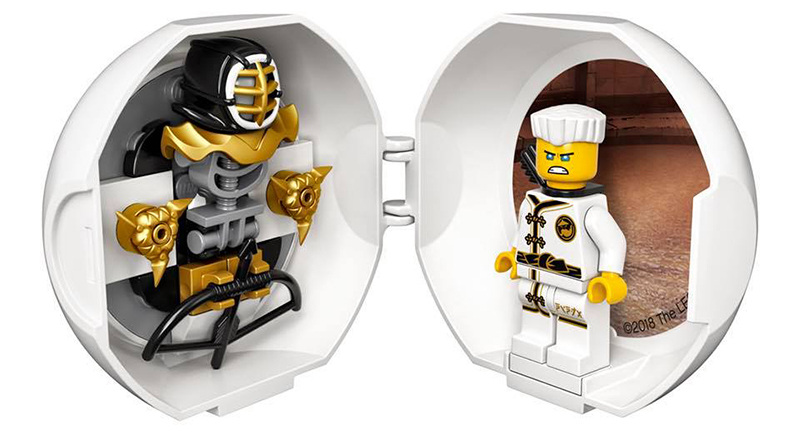