As I revealed a few weeks ago, Immediate Media are set to intro a brand new addition to the LEGO® magazines range. Early next month the LEGO Super Hero Legends magazine will launch and will see future issues bring the world of LEGO Marvel into the mix. But before that, issue one of LEGO Super Hero Legends will be focused on DC Super Heroes and will include an exclusive Joker Minifigure minister. This new magazine will alternate between DC Comics and Marvel with each issue. It also means the LEGO Batman magazine will no longer be part of the Special Editions range. That currently flips between NINJAGO Legacy, Jurassic World and Batman. Check out the exclusive first look at LEGO Super Hero Legends below and you’ll find it in stores from August 5th. Issue two is expected to feature a Spider-man Minifigure. 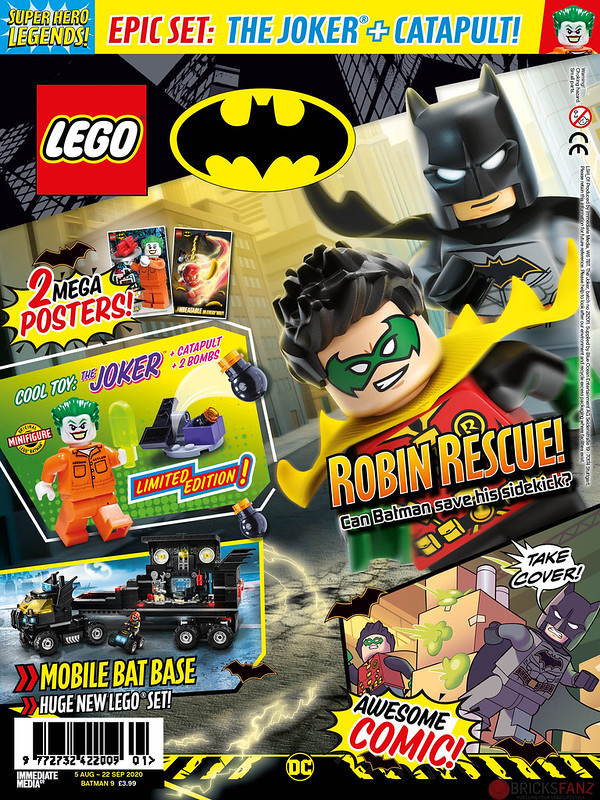 Brace yourself for a brand-new LEGO magazine series featuring all the greatest heroes and villains from the Marvel and DC universes! LEGO Super Hero Legends kicks off with an epic minifigure of Gotham’s most twisted super villain – The Joker, with bomb-propelling catapult!
Check out the incredible LEGO Mobile Bat Base set, feast your eyes on Joker and Flash wall art, then discover who wins the battle between Batman and Shazam!

You’ll also find an action-packed Batman comic, enough puzzles to make The Riddler proud and a fact file on the Boy Wonder
The first issue in the LEGO Super Hero Legends series will be in shops and on magsdirect.co.uk from 5th August.