The US LEGO® Store Calendar has been published, which offers the first look at some of the upcoming promotions taking place across January. Although this is the American version, it gives a good inkling at the promotions which will take place in the UK and Europe. January 1st will see numerous new LEGO sets released, these include new Star Wars, LEGO City, NINJAGO, Friends and Hidden Side products.

One of the most intersting promotions is another impressive LEGO Hidden Side GWP set. This is a Dragster complete with two Minifigures. There is also a free Year of the Rat set, the free Obi-Wan Kenobi Minifigure offer continues. In-store events include Star Wars Build Your Legacy, a Chinese New Year Dragon Minibuild and a Newsstand minifigure. Check them out below. 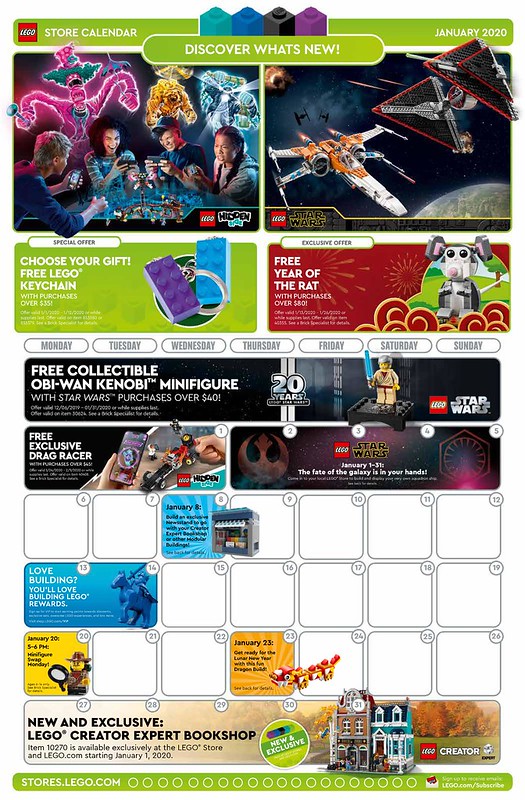 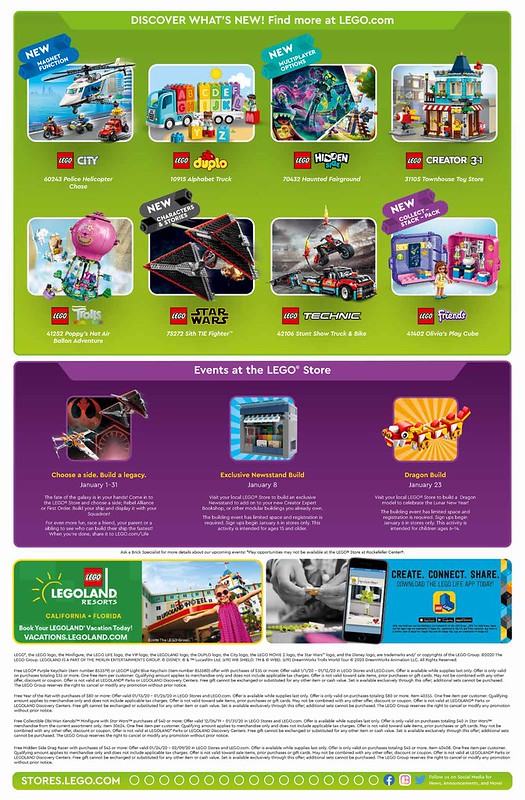