On a misty dew covered Saturday morning, I jumped into the BricksFanz-mobile and set off deep into the picturesque Leicestershire countryside. My destination – Twycross Zoo, for the launch of The Great Brick Safari. A unique LEGO® exhibition created by Bright Bricks, which features over 70 brick-built creatures and critters. After arriving at the zoo, I headed to the Himalaya Centre to be greeted by a DUPLO® tiger and a goody bag. As other people started to arrive, the younger visitors headed to tables lined with bags of LEGO bricks, which would make a Halloween minibuild. Of course to fully experience the Great Brick Safari, I joined in the fun and built a fun little Frankenstein’s Monster. Much to the dismay of some of the kids and delight of the PR people. You’ll be able to partake in a little LEGO building yourself as there are two make and take minibuilds to build, along with a build a minifigure station. 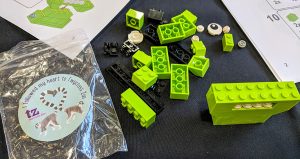 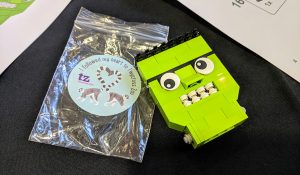 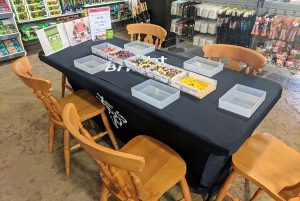 After a brief introduction from Twycross Zoo CEO Sharon Redrobe, I tagged along with Bright Bricks’ Ed Diment and Ann as they headed around the zoo to check each of their creations. Not only did this mean I didn’t walked around on my own, it also meant I found every single one of the LEGO builds, well almost but more on that later. If you don’t happen to have one of the builders on hand to guide you around, there is a map available as you enter the zoo, which highlights their locations. 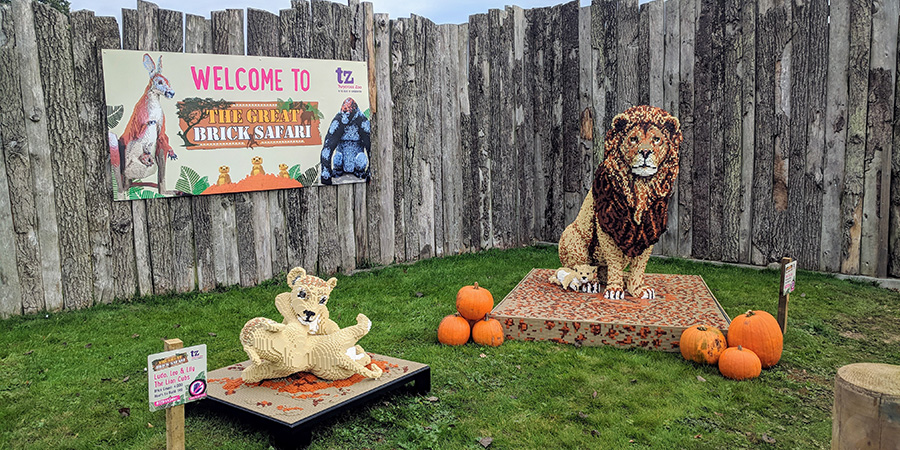 The builds are spread out across the zoo, many of them are located near to their real life counterparts where possible. Which offers up some unique photo opportunities. Each of the builds are accompanied by a information board, which tells you what the build is, how many bricks it contains and how long it took to build them. Most of the builds are easy to find apart from one, which has been placed on the mini ranger 4×4 track. So you can only see it, if you hire one of the kid-sized cars. Which is an additional cost, it may well be possible to walk the trail without hiring a car, but this isn’t made clear. 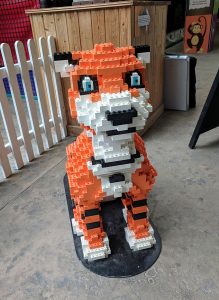 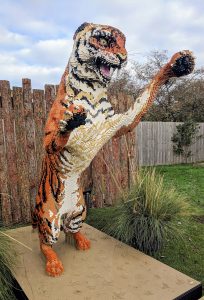 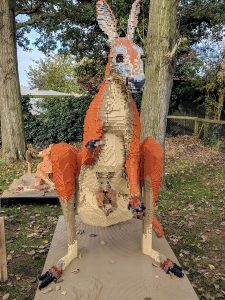 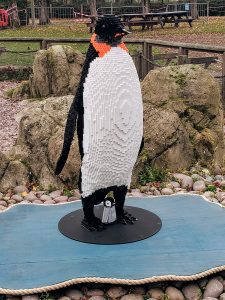 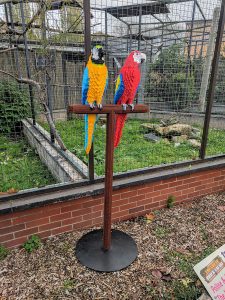 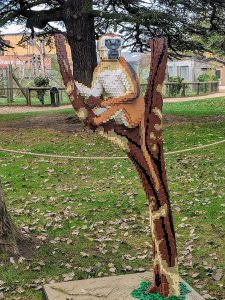 I’ve seen many of Bright Bricks creations before, when doing articles on them, but there is nothing like seeing them in person. Even if you’ve seen the Great Brick Safari animals in other locations, Twycross Zoo is a unique setting for these brick-built beasties. Making them a great addition to the rest of the zoo. Which has certainly changed a great deal since I was last there. Much of the older parts of the zoo are now unused, with many of the animals once housed there now in brand new enclosures. These include a couple of interactive experiences such as the Lemur Walkthrough, feeding Lorikeets and a rather warm Butterfly House. The zoo is famed for housing all four of the great apes, including chimps, who have a brand new and impressive looking enclosure. 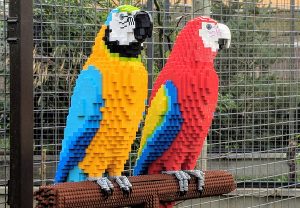 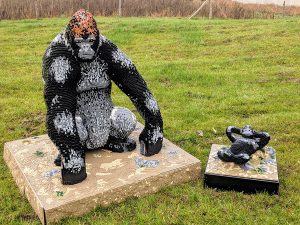 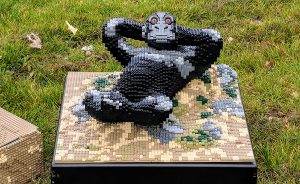 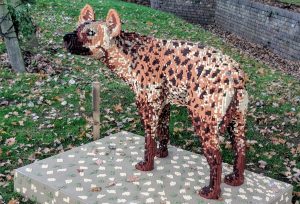 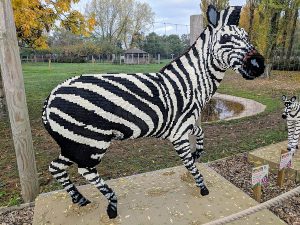 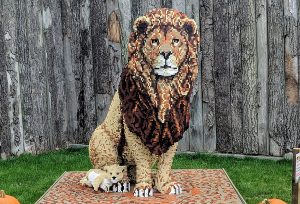 I loved all the builds, from life-sized creatures like the lion, gorilla and elephant to the smaller builds like the butterflies and lizards. Each display shows the creativity of the humble LEGO brick and imagination of the builders at Bright Bricks. Watching some of the visitors as I pottered around the zoo, express their delight at seeing these LEGO builds, just reinforces the joy LEGO brings to people of all ages. If seeing these LEGO creations spark your creativity, then you can get building in a huge brick-pit located in the Explorers Coffee House and as mentioned above, you can purchase a Make & Take build in the gift shop. Currently you can choose between a monster or a tiger. 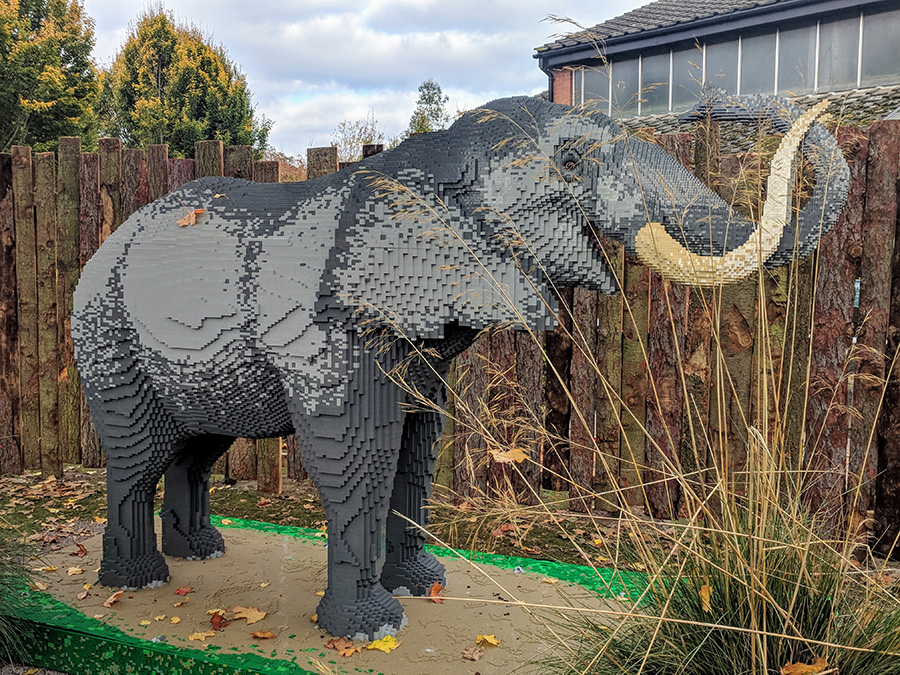 The Twycross Zoo Great Brick Safari is open now and will be at the zoo until January 7th 2019. Twycross is opened daily 10am – 6pm excluding Christmas Day. This special event is included with the normal admission to the zoo. You can book tickets online to Twycross Zoo online and save a little compared to purchasing on the day. Thanks to Twycross Zoo for inviting us to the launch and we hope to visit again before the Great Brick Safari builds leave early next year. 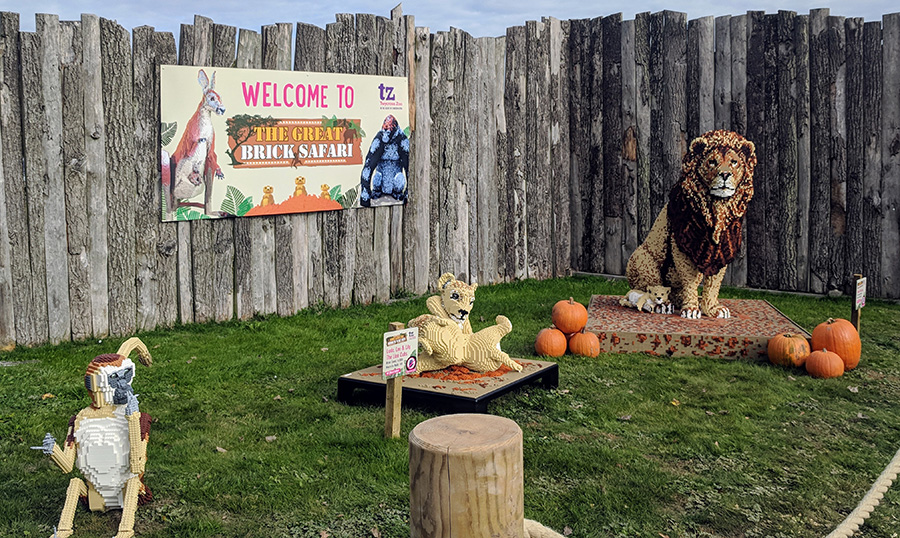