Does The UK Need A LEGO Online Fulfilment Centre

As LEGO® fans most of us will have placed at least one order directly with the LEGO Group via LEGO.com. After all their ‘Shop@Home’ offering features the ultimate selection of LEGO products as well as unique free gifts. Placing an order would normally see your new LEGO goodies arrive in just a few days. With North America, Europe and Australia all featuring fulfilment centres dedicated to their local regions.

Then came Brexit and as UK LEGO fans will know, getting new LEGO sets is now a painfully drawn-out process, with orders now twice as long to arrive. Due to new border controls and customs practices, which didn’t exist before January 1st, UK LEGO orders are being held up arriving for UK customers. Currently, all UK orders are fulfilled by a distribution centre in Belgium and now due to increased red tape introduced by leaving Europe, their origin location is adding to the issues.

So is it time the LEGO Group open a UK-based fulfilment centre to service the UK market? In my opinion, most definitely. We are over a month beyond leaving the EU, we are also way beyond Christmas, which is always a busy time for postal services and any issues with COVID-19 have also settled down, yet orders are still taking longer to arrive. Some people have tried to get around this by choosing the costly Express Delivery option, which should get orders to you the next day and these are delivered by DHL instead of DPD. But I’ve seen a number of people on social media, being hit by additional fees when choosing this option. Something I believe LEGO customer services do help.

With lockdown restrictions in place, all LEGO retail locations including LEGO Stores and LEGOLAND stores are all closed. Even if they were open, many regions of the country are nowhere near a store, making online ordering the only real option to access LEGO products and promotions.

A UK distribution centre for online orders would make it much easier to get LEGO orders to UK LEGO fans. The UK is one of the top three markets for buying LEGO products, even more so now due to lockdowns. Just imagine placing an order and getting it the following day from within the UK instead of waiting days for it to clear the hurdles from mainland Europe. It would also be much easier to import a mass of LEGO stock for the UK market instead of all these single packages from Belgium. The initial investment in a UK fulfilment centre would certainly be worth it and could be used to service UK LEGO stores as well as other retailers.

Where I live is known as the Golden Triangle, which means the centralised location makes it the perfect place for numerous companies to base their distribution centres. These include Marks & Spencers, Asda and Disney. Recently companies like Mattel have opened up massive warehouses, with many more locations being built around the Midlands, giving the LEGO Group plenty of options. 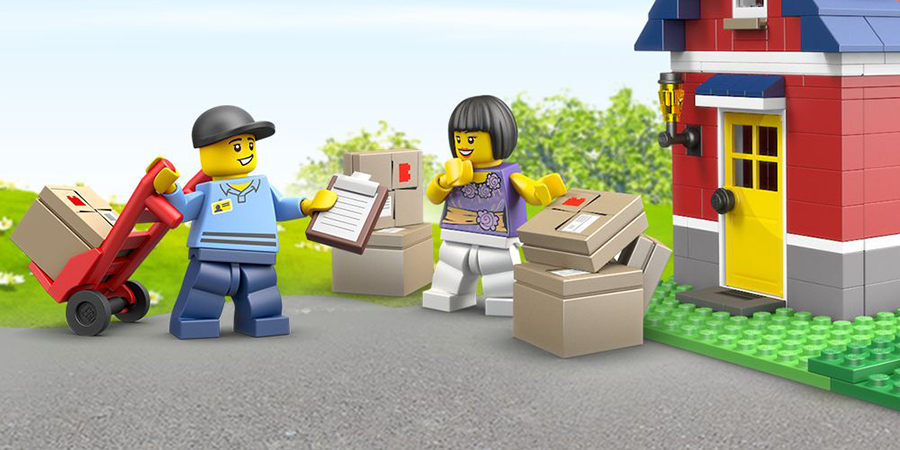