The Bothan Spies over on Brickset have uncovered this years May the Fourth LEGO® Star Wars promotional set. To mark the 20th Anniversary of the LEGO Star Wars theme, this years gift with purchase is a funky little diorama of the Battle of Hoth. It features a microscale scene of a lumbering AT-AT attacking the Rebel’s shield generator and a couple of snowspeeders. It’s an iconic moment in Star Wars history, but maybe something which related to some of the first sets released would of been a little more fitting. The image comes from a Hungarian store calendar, which seems to suggest the promotion will arrive on May 1st, expect it to also be part of this years LEGO Star Wars Day promotion in other countries. Check it out below. 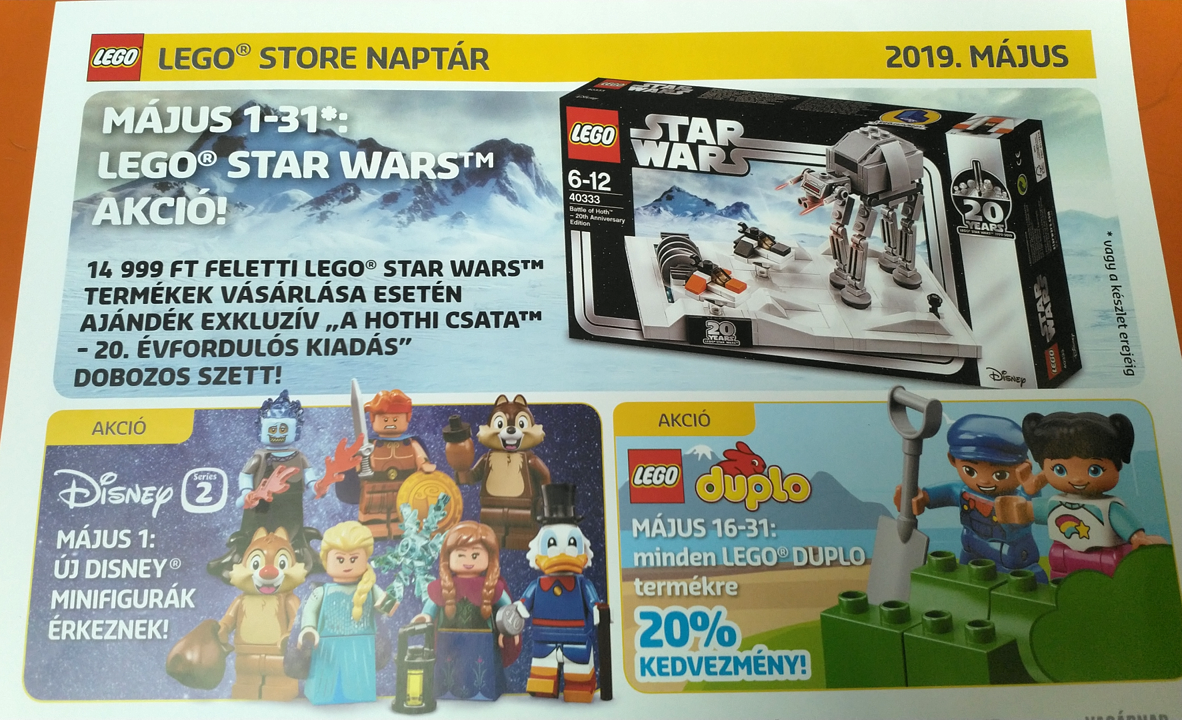