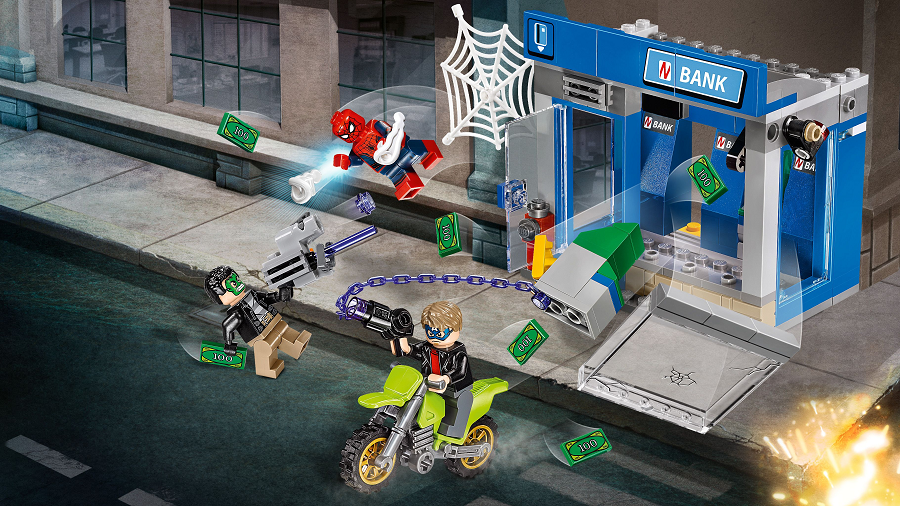 Robbers are raiding the bank so dash to the scene with Spider-Man! Don’t be fooled by their Hulk and Captain America masks—these are bad guys. Cash is flying everywhere as they use their hybrid-tech stud-shooting ATM Buster and gun with hybrid-tech chain to steal an ATM. Climb over the building and shoot Spider-Man’s Power Blasts. Then grab those masked robbers before they can escape on the getaway bike with the money! 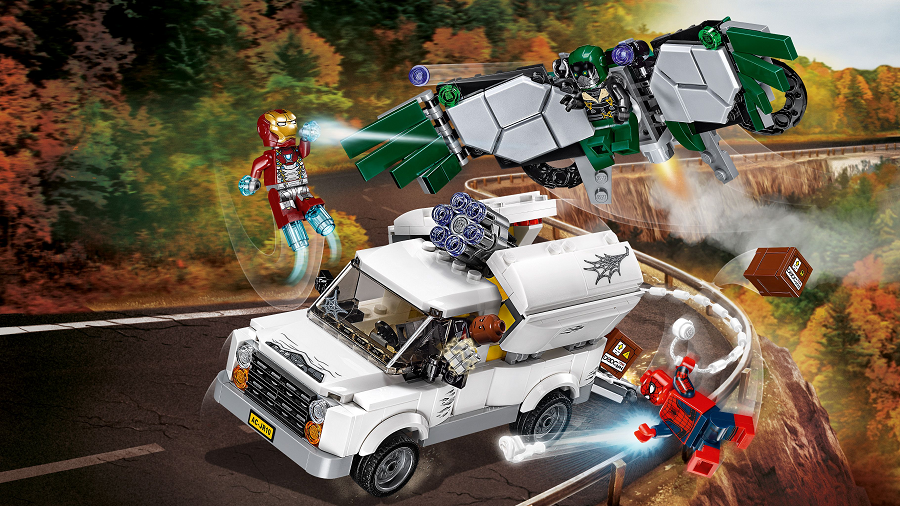 Emergency! Call Spider-Man on his smartphone and then team him up with Iron Man as they chase down The Shocker’s van. Dodge the van’s 6-stud rapid shooter and return fire with Spider-Man’s Power Blasts. But watch out—Vulture is flying in and firing the stud shooters from his powerful wings. Launch into battle with Iron Man’s boosters and surprise The Shocker by swinging onto his van with Spider-Man’s web string. Can you capture these 2 dangerous villains and recover the stolen tech egg?