Last month we reviewed the latest LEGO® title from Klutz Books, LEGO NINJAGO: How to Draw Ninja, Villains & more. The book gives you a step-by-step guide on how you can draw your favourite characters from the world of NINJAGO. With this interesting new book set to be published in the UK next month, we chatted to Dan Veesenmeyer, the man behind the illustrations found in the book, for the very first of our BricksChatz features. Dan very kindly answered a few of our questions, which you can find below. 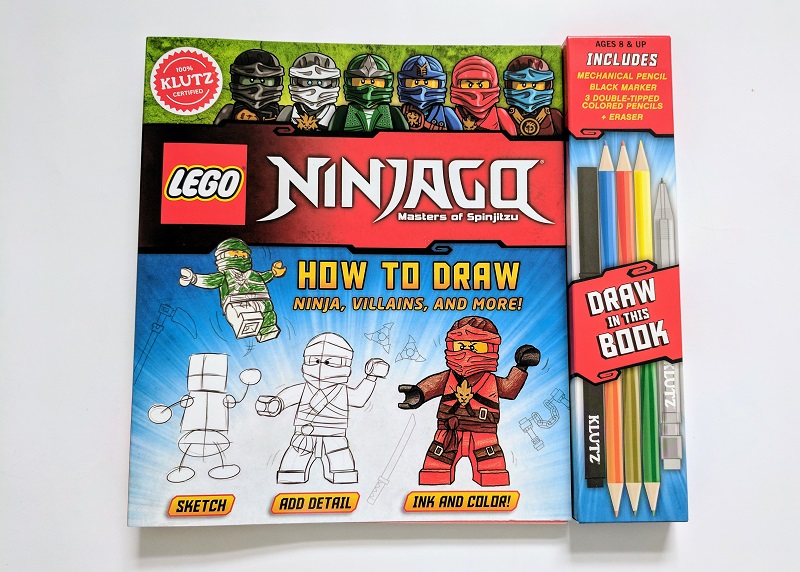 How did you get into creating LEGO® artwork?

By the craziest twist of fate, while boarding a flight from Minneapolis to San Diego for the San Diego Comic-Con in July, 2012, my seat assignment was changed last minute and I ended up seated next to a guy who turned out to be an art director for LEGO and the LEGO Club magazine. He was attending Comic-Con to search for new comic talent for the magazine and Minneapolis was on the route of his connecting flight. We chatted for the full three hour flight about our various careers, art, LEGO, what have you. When he heard about my past art career he suggested I try out for the freelance gig. He convinced me that I could learn the digital tools required and had some tutorial recommendations. To make this story short…he was proved right. After a few months of digital training and practice I drew my first comic for the LEGO Club magazine in late 2012.

Over time as I posted much of my LEGO artwork onto social media, other people that work within the various LEGO licenses started to notice and offer me related work. 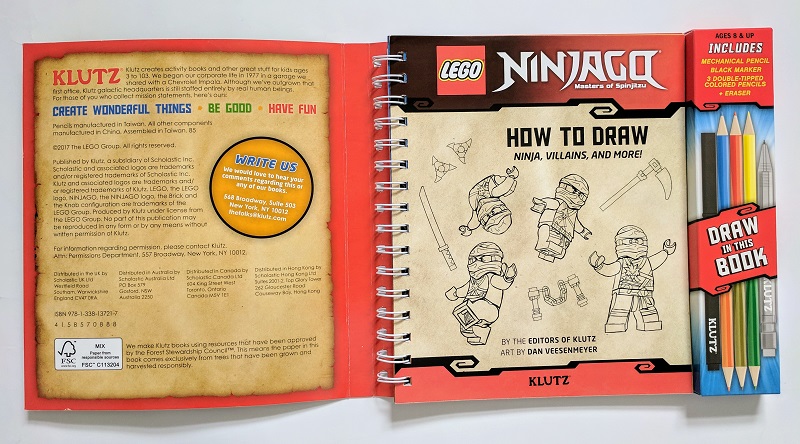 How did you become involved in the LEGO NINJAGO How to Draw book?

Individuals from LEGO HQ in Denmark asked me to work on the project and recommended me to Klutz. I think I had a couple of fans of my work on the LEGO NINJAGO team and they tossed my name out to the connected parties.

How long did it take to create the content for the book?

I think I worked on the book for roughly 4-5 months. 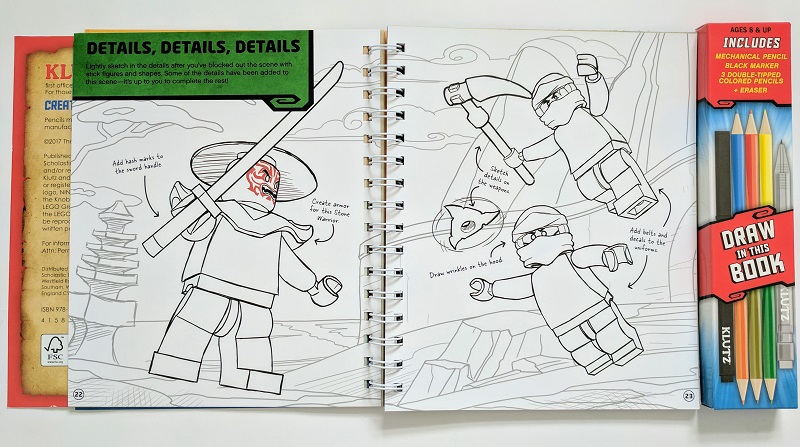 Was it difficult to translate your impressive art skills into an easy to follow tutorial for budding artists?

Not really but I did have to think about my approach for the step by step process in the beginning. KLUTZ has produced several HOW TO DRAW books in the past and had a solid idea of how to offer drawing tips to young artists. My job was to deconstruct the rendering of the LEGO Minifigure into four basic steps. 1) Introduce the concept of sketching a basic stick figure and choosing a pose. 2) See and understand the basic shapes used in creation of drawing the minifigure. 3) Adding the details that make the figure look like the character you are trying to reproduce. 4) Showcasing the final look or goal one is shooting for.

NINJAGO is filled will plenty of awesome characters whose style often changes as new sets and TV shows are released, does this variation make drawing them more fun?

Absolutely. Having a variety of characters to draw within the scope of any project I’m working on is personally crucial. Help keeps me motivated and interested daily. It makes any project much more fun and challenging. This was really my first exposure the world of NINJAGO. Before I started I watched most of the television series and became a fan. The storytelling and character development is so well crafted. 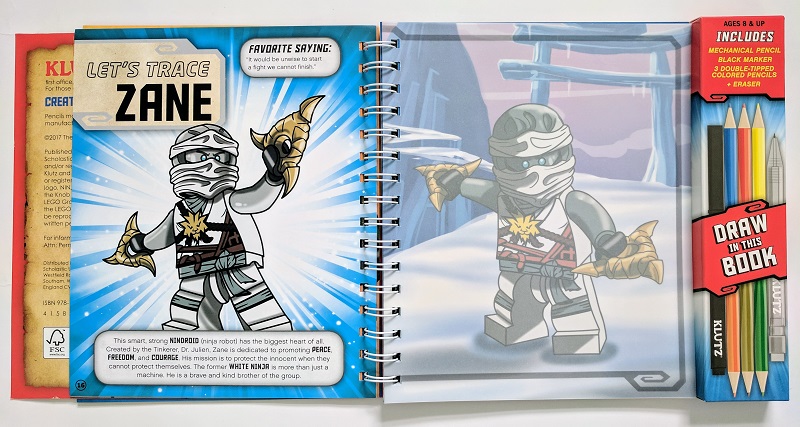 What other LEGO themes and characters do you enjoy sketching?

I really enjoy working on most all the licensed properties LEGO is tied to. Star Wars, both Marvel & DC Comics, Ninjago, Lego Dimensions, The various LEGO Movies. I’m personally a fan of all of it. It’s a reason why I enjoy having the time to create commissions for fans because the variety of character requests is always interesting and fun.

With such a busy schedule working on LEGO NINJAGO: How to Draw and the upcoming LEGO Marvel game from Warner Bros. do you get much time to actually build LEGO?

In previous years I typically have down time between projects to play. 2017 has been a particularly busy project year for me so I have barely had any time to build full LEGO sets. That has NOT stopped me from purchasing plenty though. When I do get a break soon I have more than enough bricks to keep me busy for quite a while!

What advice do you have for budding artists who may want to start creating their own artwork?

Draw, draw and draw some more. As with any talent, the only way to improve is by constant practice. I’ve been drawing since I was very young and I’m still learning. Draw what you love, experiment with different tools but also take time to look around you at what other artist are creating. Online, in films, in books, in comics, IN LIFE! Not only can studying other artist’s works provide great amounts of instruction but seeing what wonders others create can be very inspiring. 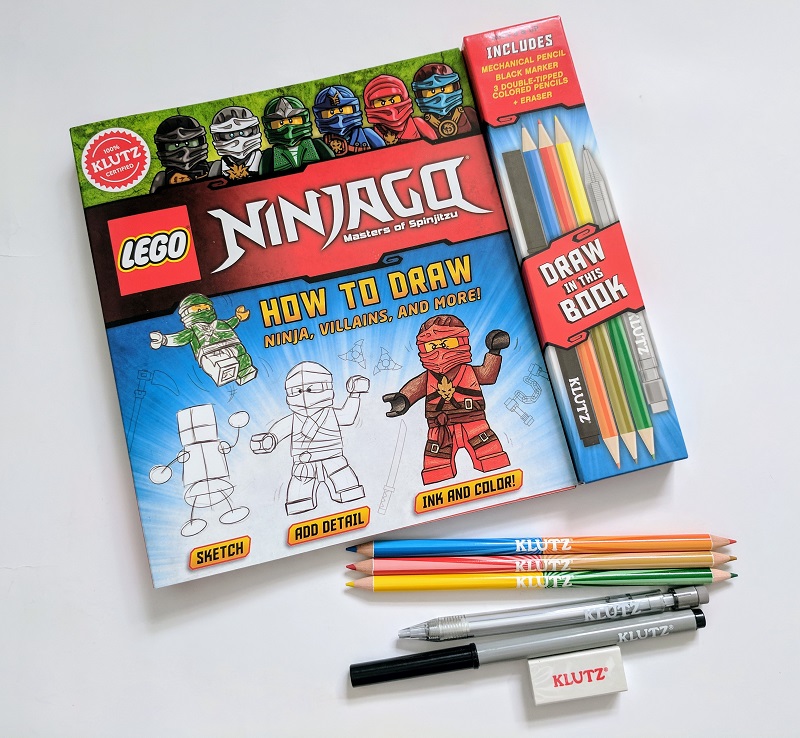 LEGO NINJAGO: How To Draw Ninja, Villains & more is published by Klutz Books and will be available in the UK from October 1st. Check out our review of the book here and you can pre-order the book now from Amazon UK. Thanks to Klutz Books for setting up the interview and to Dan for kindly answering our questions. Check out more of Dan’s work over on his website and be sure to follow him on Twitter.