BrickLink Acquisition A Message From LEGO

Earlier this week the LEGO Group made the shock announcement that it has agreed to purchased popular LEGO® Marketplace BrickLink. Reactions have been mixed, with many leaning towards the air caution and rightly so. BrickLink has become a powerful platform for AFOLs, helping them to source elements for MOCs, find old sets and even design builds using their digital builder software. But the LEGO Group have vowed to keep the platform independent, with the current team running it remaining in place. Of course there will be changes but until the purchase has been finalised, things remain up in the air for those who use BrickLink to sell and buy. LEGO CEO Niels B. Christiansen has provided a message to BrickLink users about the future partnership between the LEGO Group and BrickLink. Read it below. 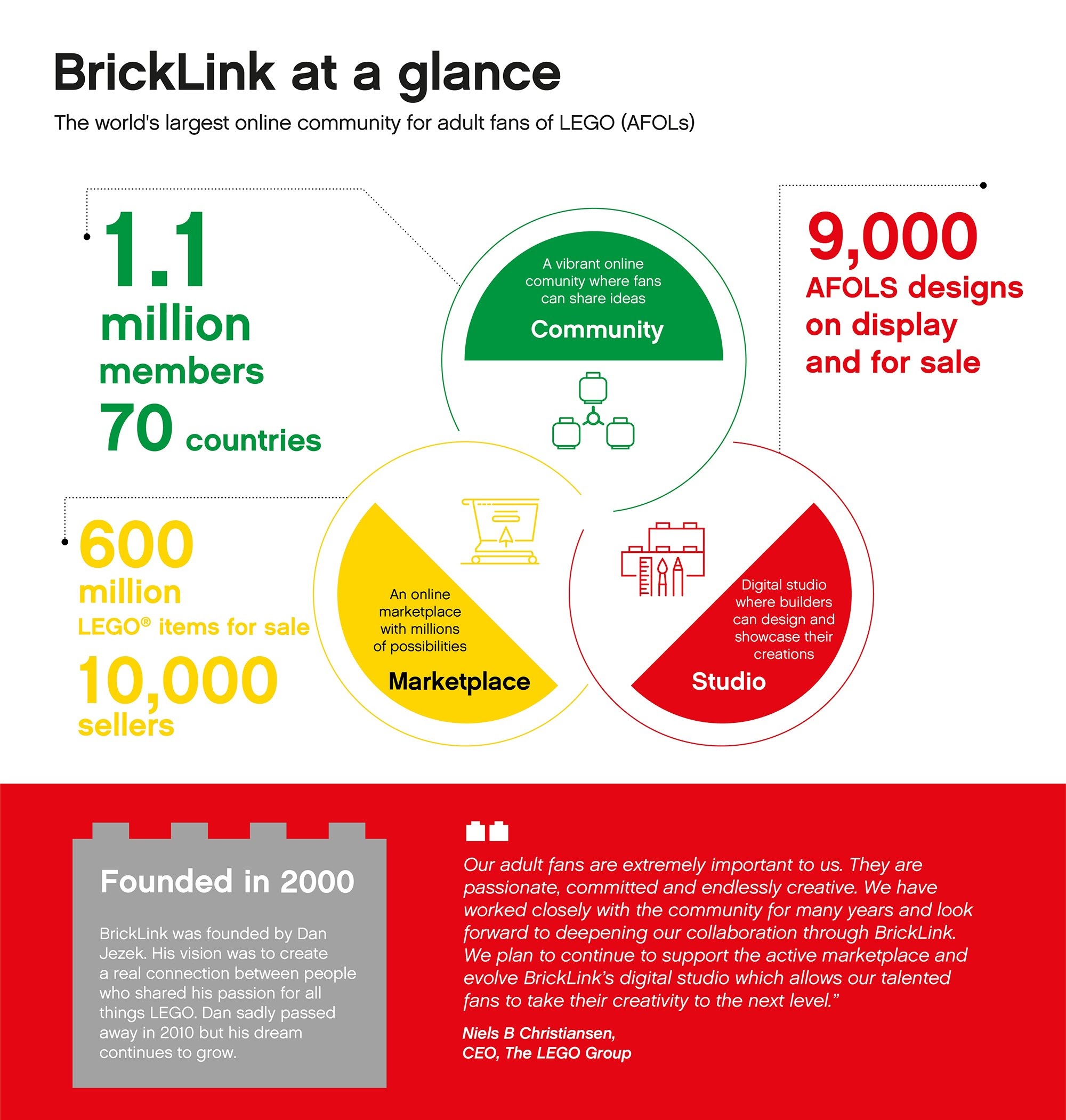 A Message From The LEGO Group:

We are extremely excited to announce that BrickLink Limited has entered into a definitive purchase agreement to be acquired by the LEGO Group. As the LEGO Group has announced today through its official press release, the transaction is expected to close by the end of 2019.

About 6 years ago when Jay took over BrickLink from Dan’s family, Jay promised to keep Dan’s legacy and continue to strive for his original mission – to help AFOL communities thrive. Our team is deeply grateful for Jay’s generous investment and our vibrant community’s enthusiastic support that helped us keep the promise. BrickLink now has nearly 1.2 million community members after quadrupling the initial 300,000 members who began the journey with us back in 2013. It’s not just volume that has grown over time. The overall engagement level of the community is higher than ever thanks to our avid members with various roles including catalog contributors, volunteers, big and small sellers, MOC designers, and set/minifig collectors.

Along the way, we also set an ambitious company vision – to unlock the true potential of LEGO bricks with the power of global communities. We believe in the creative power of AFOL communities and wanted to harness it with BrickLink. That’s why we launched AFOL-powered platforms and tools, such as MOC Shop (2014), Stud.io (2016), Studio 2.0 (2018), and piloted the first AFOL Designer Program (2018-2019) in addition to improvements on marketplace features.

Collaborating with the LEGO Group for the AFOL Designer Program taught us how much the LEGO Group cares about AFOL communities and how deeply they respect all of the creations and cultural heritage of adult LEGO fans. When two companies have perfectly aligned visions while filling in the missing parts of each other, it’s not too difficult to imagine how the collaboration will go. Once the potential synergy turned into reality with the success of the first AFOL Designer Program, we had no doubt that we were ready to take the collaboration to the next level. The LEGO Group’s acquisition of BrickLink was the best possible choice for us to secure future collaboration opportunities for AFOL communities.

So, what does this acquisition mean to you? It’s too soon to tell what exactly will happen at this point, but the direction is clear. The LEGO Group shares our ambition to create the best possible platform / experience for adult fans.

We understand that you might have more questions about the details of future changes. Please refer to these FAQs, and feel free to leave comments on here. We also welcome any suggestions or cool ideas for future collaboration projects.

Why is the site being sold?
Jay and the BrickLink team have bold ambitions for the platform and they believe these could be best achieved together with the LEGO Group.

Will this have any impact on BrickLink’s independence?
Yes, and no. BrickLink will no longer be an “unofficial” marketplace and will need to be conscious of the fact that it is representing the LEGO brand in a much more direct way than before. However, BrickLink’s target audience (AFOLs) will remain unchanged, and the BrickLink brand itself will remain.

Will BrickLink still be based in the United States?
Yes. BrickLink is currently based in Irvine, California and there are no immediate plans to move the company.