Whilst it was clear that the Wonder Woman set and Supergirl Minifigure was originally planned as Comic-Con items, the LEGO® Star Wars Bespin Duel set was slightly more confusing. It was rumoured to be a Star Wars Celebration set, which, along with Comic-Con, was canned due to COVID-19. It’s now been confirmed that both of these sets will not release beyond the US and/or Canada. Both sets are deemed as Event Exclusives, which means that they will not be available globally. After a suggestion on the LEGO Ambassador forum, both sets now carry a short explanation about their original intentions.

Many people have pointed out the promise made by LEGO to end regional exclusive sets. However, it was stated there will still be exclusive sets for events, LEGOLAND/LEGO House attractions and contests. So even though the events aren’t taking place, the sets were created well in advance and only to stock levels normally associated with the events. The only way of distributing the stock is via LEGO.com and regional retail partners.

It’s a little disappointing that the Bespin Duel set won’t be available beyond North America, but at least LEGO fans elsewhere in the world won’t have to wait for it to arrive in their location regions. Now to find a US address to see if I can get them ordered and sent there. 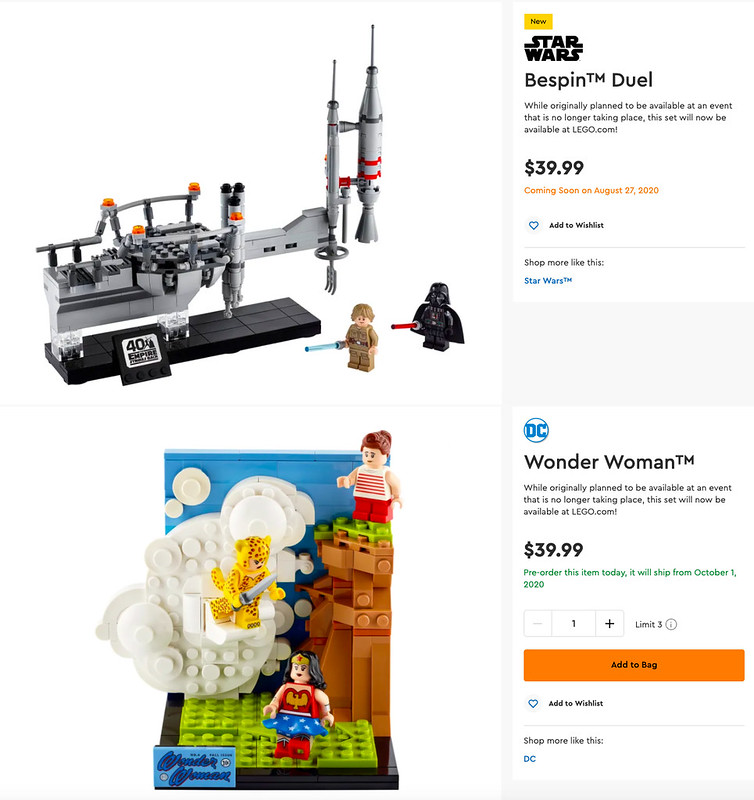