As well as offer an exclusive LEGO® DC Comics Supergirl Minifigure, the virtual DC FanDome event also has an exclusive Wonder Woman set. The set is similar to those offered at Comic-Con shows, so is a vignette-based on a classic comic book cover. Set 77906: Wonder Woman features a classic version of Diane Prince, along with Cheetah and Etty Candy. An image on the DC FanDome store, which takes you to LEGO.com shows this set along with other currently available DC sets. If you chose other regions, the image changes to the Wonder Woman Vs. Cheetah set. So it appears the set will be sold via the official online LEGO Shop but only in North America. It will cost $39.99, the same price for the LEGO Star Wars Bespin Duel set, and will be available from 10am PST today.

In regards to the set only being available in North America, it’s worth remembering that when LEGO promised to more regional exclusive sets, it did state that Comic-Con and other special events would still offer exclusive sets in limited regions. This Wonder Woman set was clearly made as a Comic-Con exclusive set and due to COVID-19 restrictions, it’s distribution method has had to be tweaked. A shame for fans outside the US and Canada, but not a surprise. 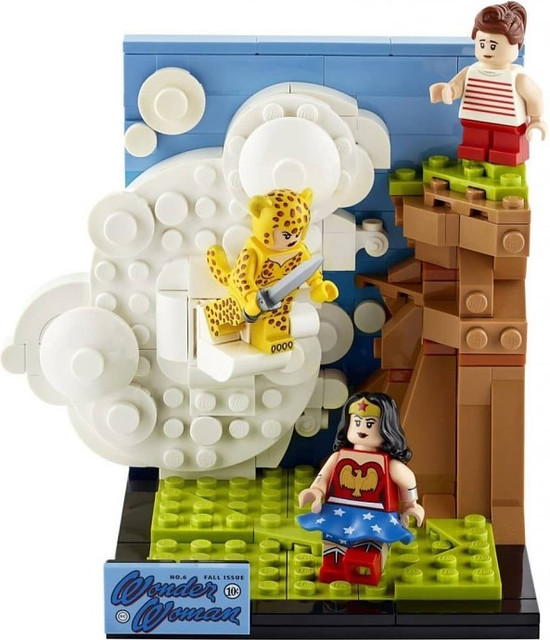 Images via The Brick Fan & Brickset