All The Adult-focused LEGO Set So Far

Home » Features » All The Adult-focused LEGO Set So Far

“You know the rules, this isn’t a toy, no actually it’s a highly sophisticated inter-locking brick system” Yes, we all know that LEGO® is a toy, but there is a vast and ever-increasing adult community who adore those little plastic bricks, despite what the box says; after all “that’s a suggestion. They have to put that on there” The LEGO Group realised many years ago that adults loved LEGO just as much as kids and embraced the AFOL community. There is even an entire department at the company who are dedicated to adult LEGO fanbase. Even so, LEGO products have always remained aimed at kids. Although the average child wouldn’t be buying a £650 Millenium Falcon, the set still had a suggested age range of 16+. However, this year has seen a vast change in how some LEGO products are packaged. An unofficial ‘adult’ theme has been introduced across various LEGO themes. This has seen the Creator Expert branding retired on some sets and a sleek, uniformed box design employed on all 18+ sets. Despite only being introduced a few months ago, the 18+ range has already seen a great selection of sets, with more to come in the new few weeks. Here’s a round-up of the sets currently available and announced. 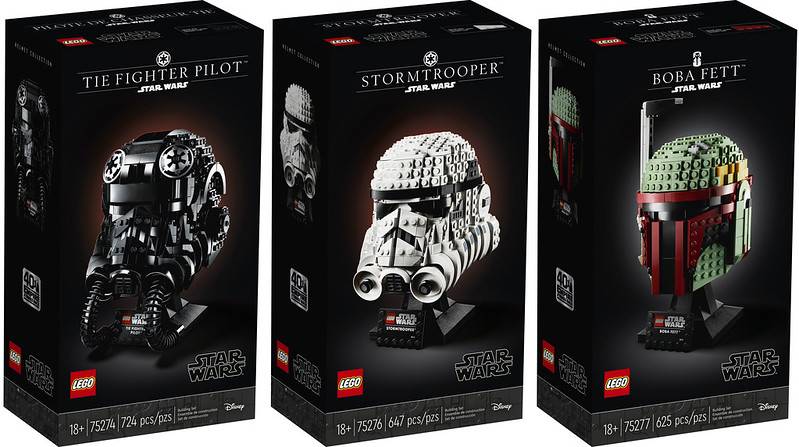 The first sets to feature the 18+ box design were a trio of iconic helmets from the Star Wars universe. Each captures a different characters face-covering including Boba Fett, A TIE Fighter Pilot and an original Stormtrooper. 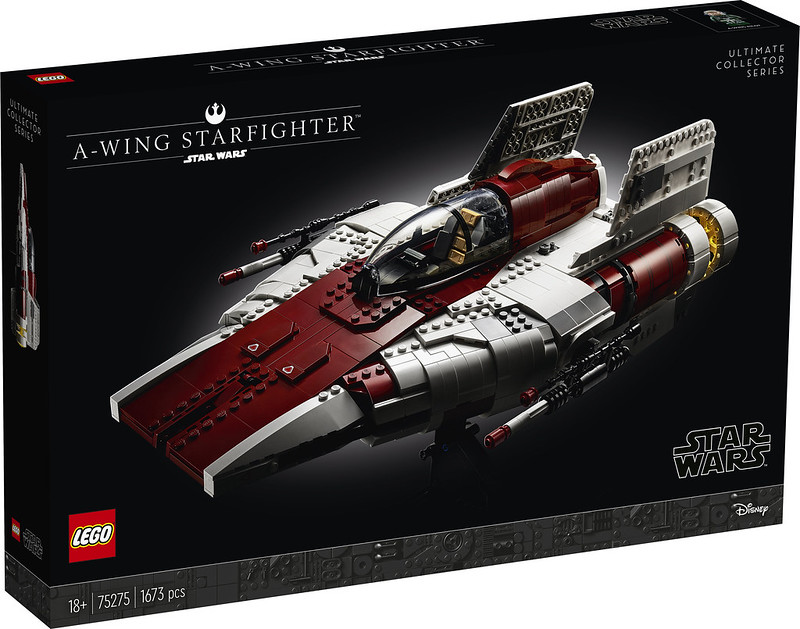 Each year the LEGO Star Wars range releases a large-scale set, which has been come to be known as an Ulitmate Collectors Series (and the Master Builders Series). Although this set still includes the UCS moniker, the box design follows the new 18+ stylings. 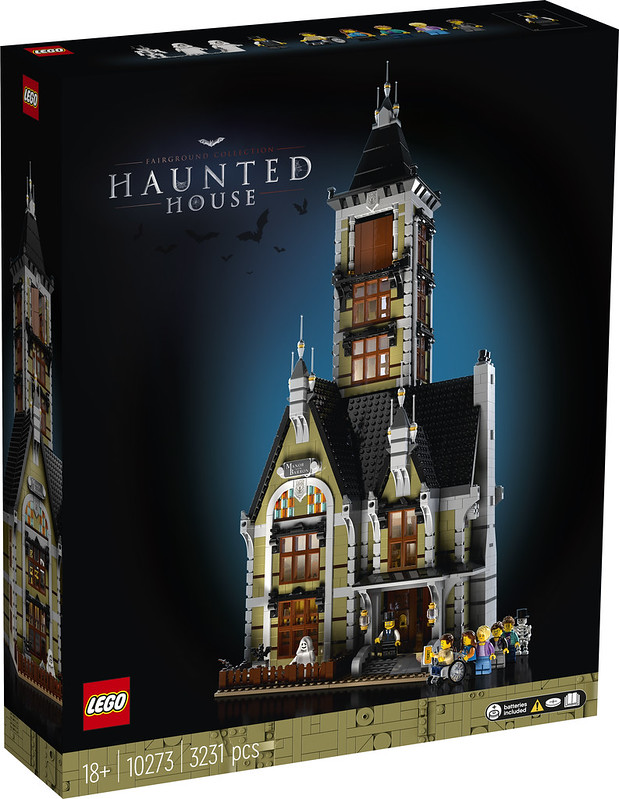 In 2014, the Fairground Mixer was released and was the first set in a Creator Expect fairground sub-theme. Since then there has been a Roller Coaster, Carousel and a Ferris Wheel. Although the Haunted House is a continuation of the series, it drops the Creator Expect branding. 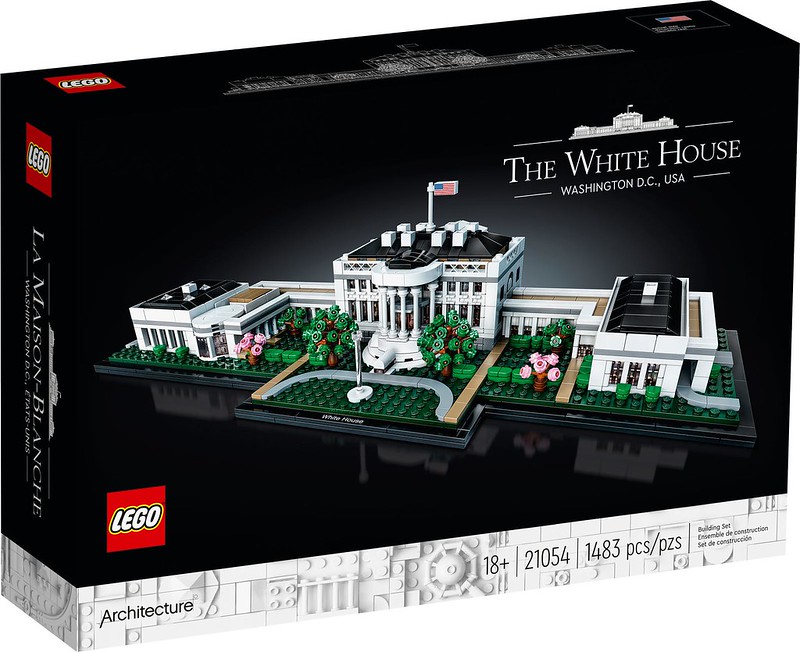 The Architecture theme has always been more skewed towards older builders. With sets recreation iconic locations as unique display pieces. This new version of the White House is the first to be aimed at 18+ builders and tweaks the packaging to follow the new design standard. 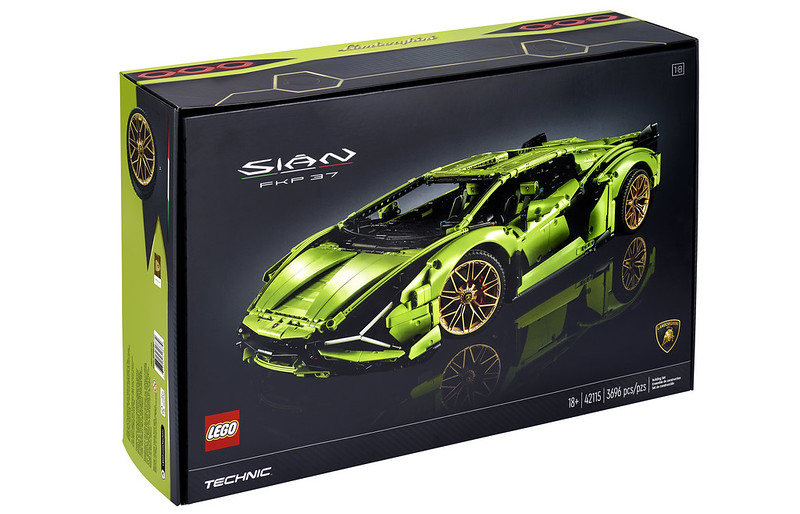 There have been three Technic Supercars so far and each offers a unique build experience. The Lamborghini Sián continues this with a series of videocasts and other unlockable content, accessed via a special code found on the eye-catching packaging. 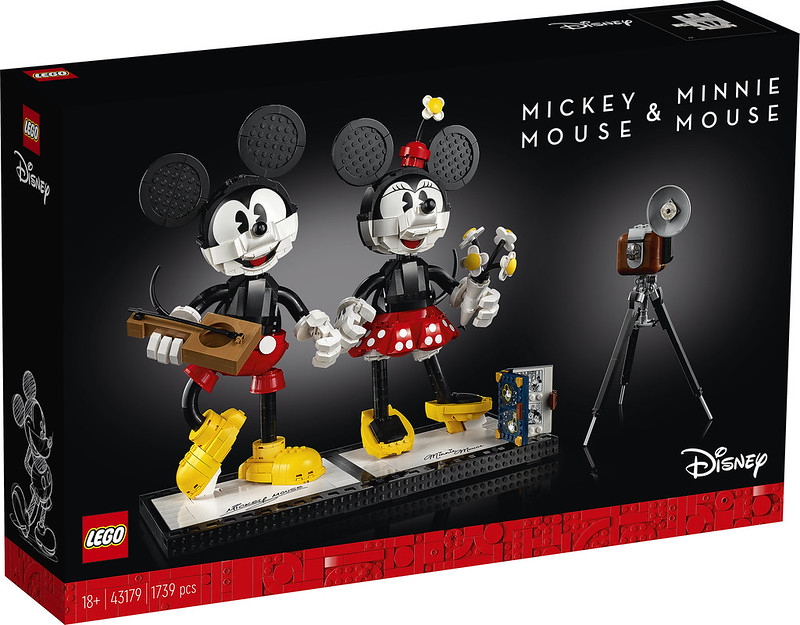 Disney plays a big part in the world of LEGO and over the last few years, there have been a number of sets based on classic Disney characters. This upcoming set is the first to be focused towards adults. It drops the need to include play features, to create a unique LEGO display piece. It will be available from July 1st. 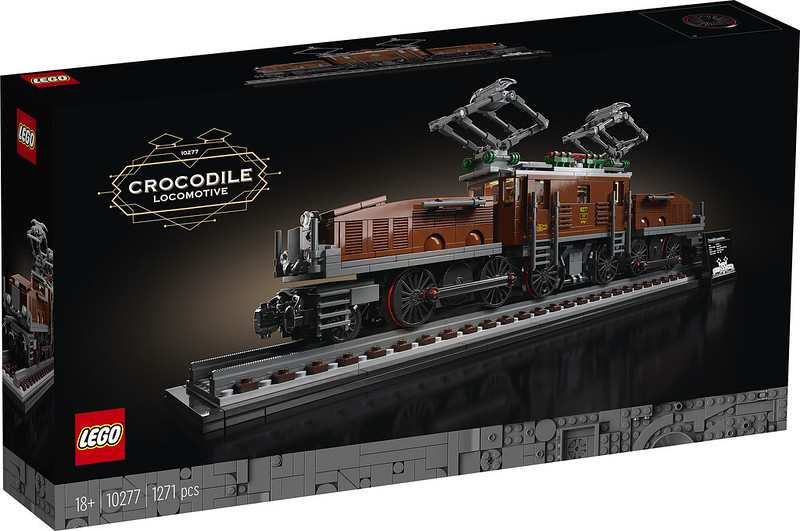 This is another set which would normally fall under the Creator Expert branding. The Crocodile Locomotive is primarily a displayable model, but it can be converted into a powered train, with the addition of optional Powered UP elements. It will be available from July 1st. 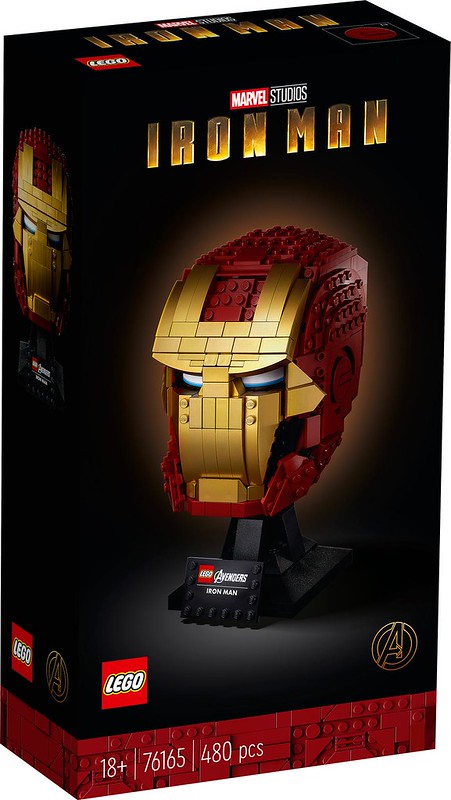 Like Star Wars, Marvel has a wide-ranging fanbase and the success of the MCU has bolstered that further over the last 10 years. This makes the Marvel universe a great source content for adult-focused sets. The Iron Man helmet will be similar to the Star Wars ones. It will be available from August 1st.