Not from want of trying but I’ve not had the best luck in getting hold of the various Adidas LEGO® trainers. It would seem I’m not the only one, getting a pair of the first Limited Edition ZX shoes via the VIP Reward Centre was impossible as was it to buy any. The Ultra Boost trainers sold out before going on sale, so I didn’t hold out much hope for the recently released ZX 8000 Bricks collection. Featuring six different coloured shoes inspired by LEGO elements, the Bricks Collection dropped on Friday and most surprisingly it didn’t instantly sell out. In fact, as of writing, you can still build some of the colours. So I caved and ordered a pair. So I may as well get my money’s worth and give them a little review. 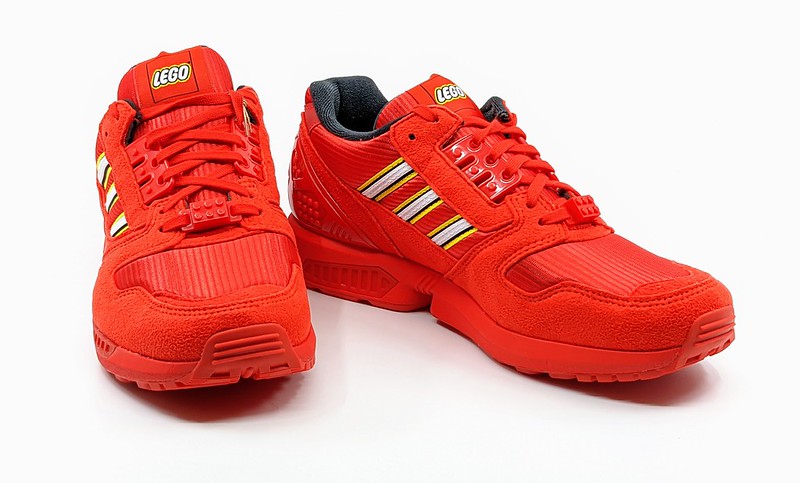 Much like the first pair of LEGO branded trainers, these latest ones are based on the ZX 8000 trainer, a classic design used for many other special variants as well as standard releases. They are known for the comfort and after slipping them on to see if they fit, I can certainly vouch for that. But many of us won’t merely be buying them for their comfort, it’s their LEGO connection that will be a big draw. 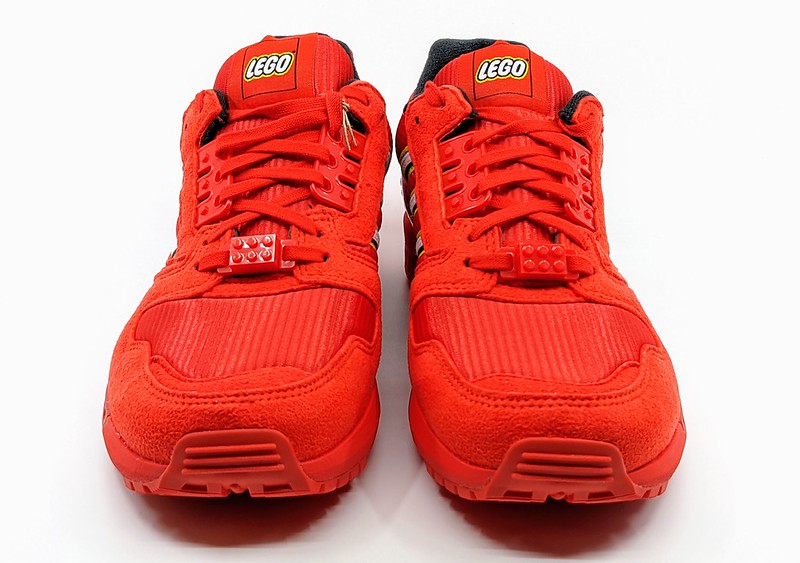 The shoes have a couple of LEGO twists built into the overall design. The laces feature a small brick jewel, which is a smaller than normal 2×3 brick. The panelling around the heel of the shoe features a studded texture, which is also featured along the lace runners. The famous Adidas three stripes use the same trio of colours as the LEGO logo. Of course, the most obvious LEGO connection is the logo on the tongue of the shoe. The inner sole insert also includes LEGO branding. 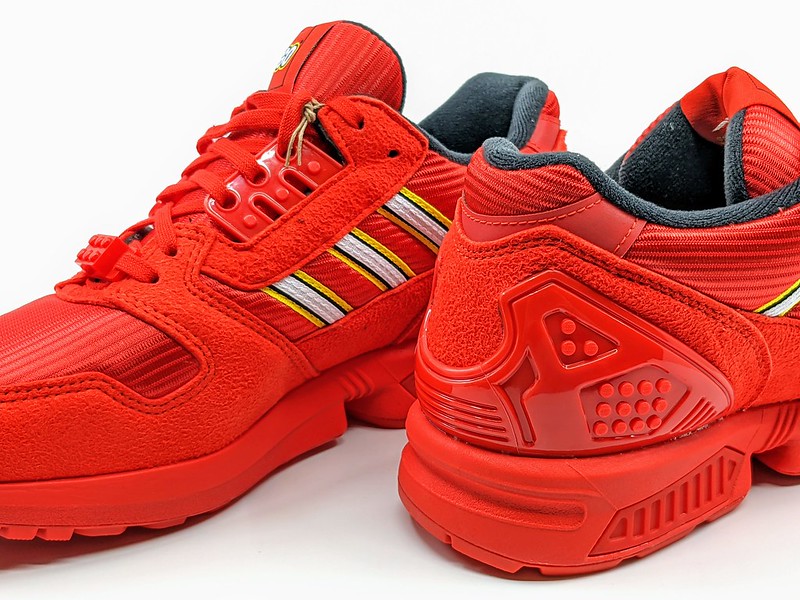 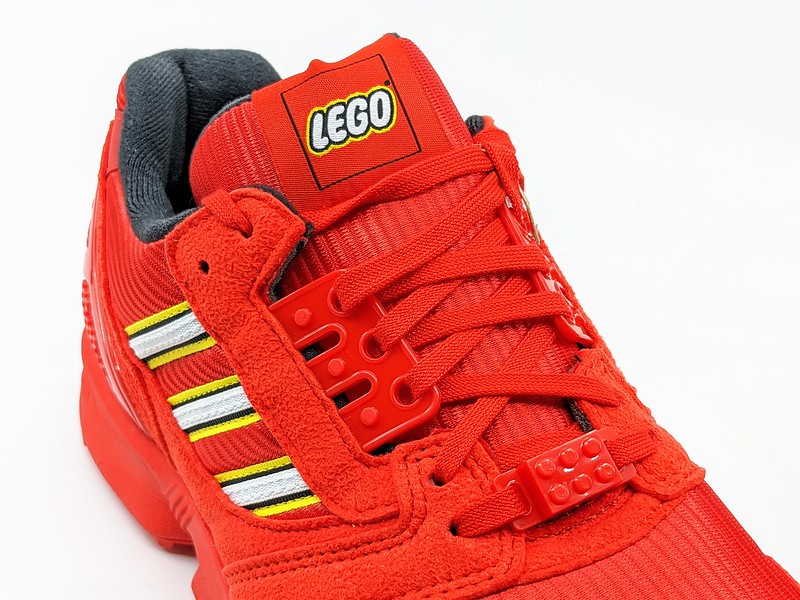 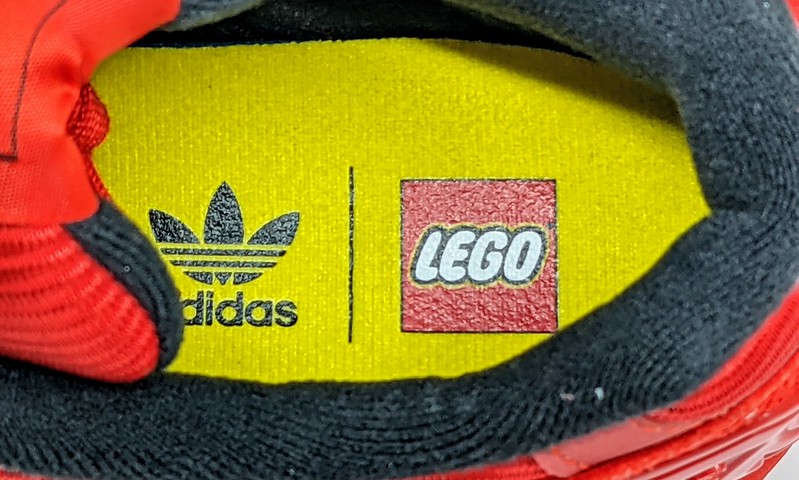 Although the shoes don’t have the cool instructions inlay sheet as the Ultra Boost shoes did, the outer box is a lot more exciting and is designed to look like a LEGO brick. Comparing them to other shows in the Adidas X LEGO range, they aren’t as garish as the Limited Edition ZX’s and they are a lot more colourful than the Ultra Boost, although they lack any sort of physical LEGO elements. When decided on which colour to go for I decided between yellow or red, much to my Mum’s disgust. But as I pointed out if you don’t go for a bright colour, they don’t really scream LEGO. 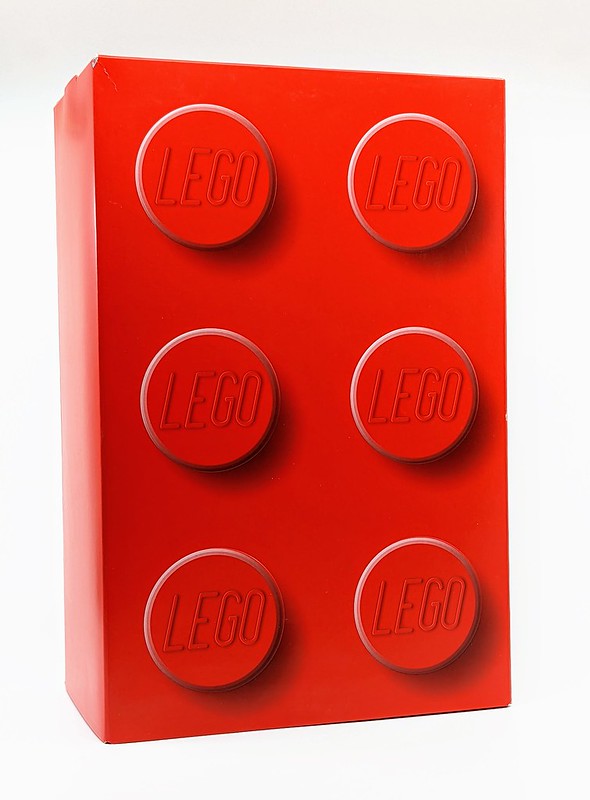