A Look At LEGO…. Hot Dogs

The sun’s out so it’s time to get those buns out, as we take A Look At LEGO®…. Hot Dogs. The humble hotdog has been a recent addition to the world of LEGO® and ever since sausage met bun, LEGO have become a little obsessed with the elongated meaty treat. Food elements are always been a little limited, something touched upon in The LEGO Movie. The sausage has been around for quite a few years now appearing in numerous sets as delicious treats, unique architectural detailing and even eyebrows for a pig! But the element really came into its own once the hot dog buns element was introduced. The hot dog buns was introduced in 2016 and first featured in a number of LEGO Friends sets but gained more coverage thanks to also being featured in a number of the short-lived Angry Birds Movie sets. The old sausage elements neatly clips into the bun to create and entirely new LEGO treat, which has since gone to inspire a number of sets. All this is most definitely thanks to the appearance of a certain costumed character from the LEGO Minifigures range. The Hot Dog Suit Guy has become one of the most unique characters to appear in any of the CMF series released thus far. So as it’s also Hot Dog Day, let’s take a look at some of our favourite LEGO Hot Dog themed releases.

The LEGO Collectible Minifigures range has continued to be impress since first being introduced in 2010. With each new series the LEGO Design Team have used the line to introduce a number of new elements and accessories. One of the most unique new pieces appeared in 2015, in the thirteenth series of LEGO Minifigures. A completely new costume piece which looks like a hot dog was introduced. Unlike other costumed characters, the Hot Dog Suit Guy’s suit was a complete piece. 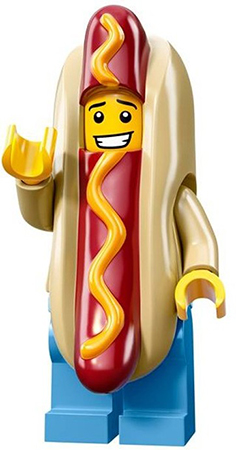 As part of the LEGO Friends Amusement Park subtheme, a number of fairground-inspired sets were released in 2016. Including the Hot Dog Van, which not only included the same Hot Dog Suit costume introduced with the Hot Dog Suit Guy, this time worn by a mini-doll, but also featured a Hot Dog shaped vehicle. 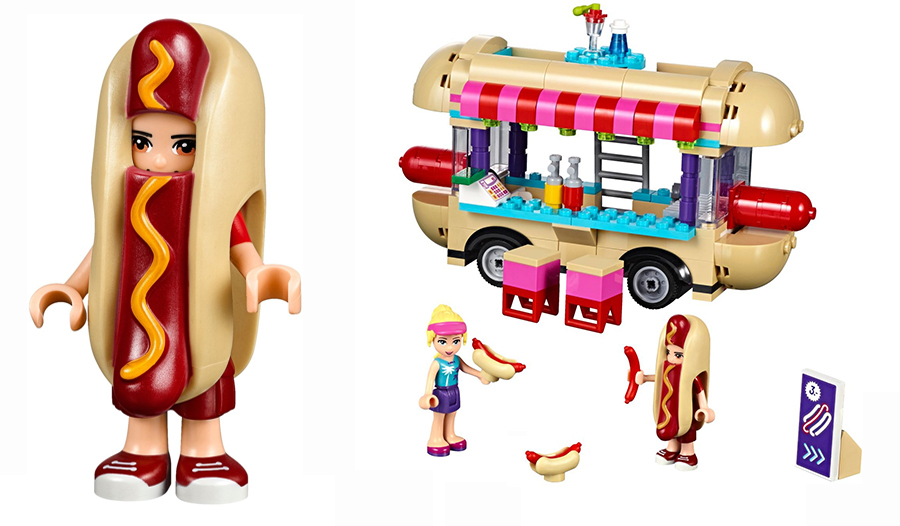 Over the years, the LEGO City theme has included a number of different versions of Hot Dog stands. But the ultimate version arrived earlier this year as a free GWP purchase set. The LEGO City Hot Dog stand set was complimented by the new Hot Dog bun element, which embellished the stands umbrella as well as being cooked up by the smartly dressed chef. It seems the girls of Heartlake City enjoy Hot Dogs so much that the Hot Dog Van from 2016 wasn’t enough to supply them with the fill of frankfurters. Although on a much smaller scale the little Hot Dog stand included in this 2018 Friends set, continues the LEGO Designers fun obsession with the meaty handheld treat. 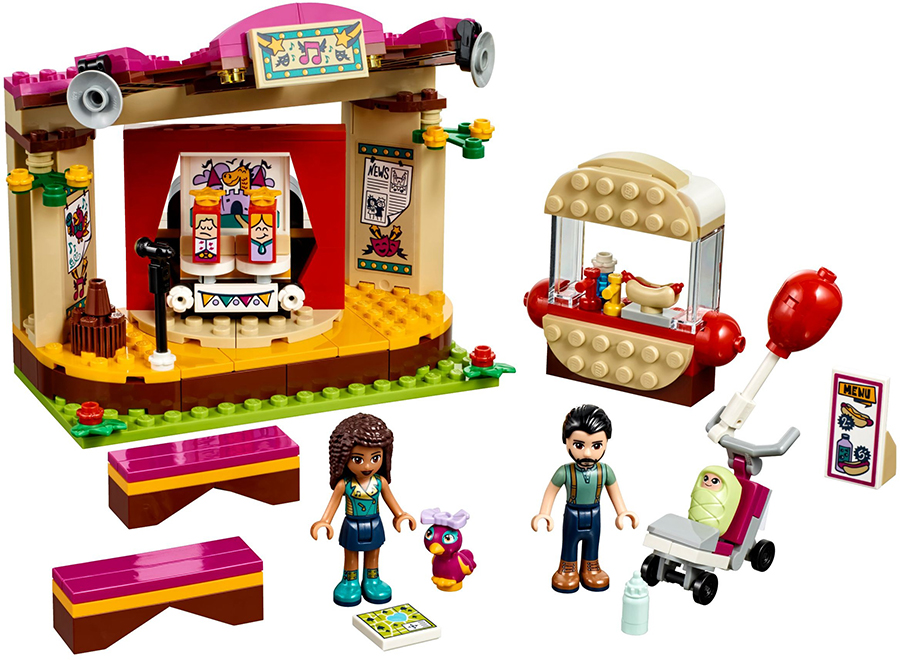 The humble Hot Dog is synonymous with the classic American diner. Something which would help to inspire the Hot Dog Man minifigure included in the seventeenth series of LEGO Minifigures. The diner server included the Hot Dog bun and a slightly darker version of the classic sausage piece. 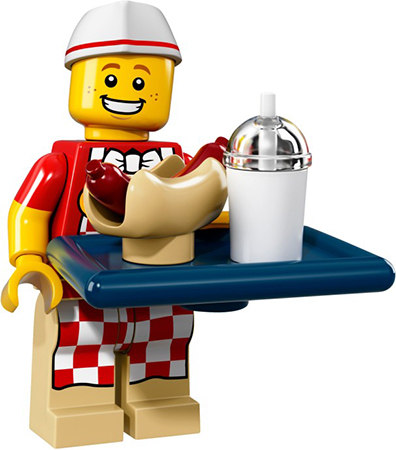 Over in NINJAGO City, Hot Dogs are a popular treat, but are jazzed up with the addition of noodles. Even with the evil Lord Garmadon’s constant attack on NINJAGO City, the beach is the perfect area to sell your meaty, noodle treats. The garmadon, Garmadon, GARMADON set from the second wave of The LEGO NINJAGO Movie released, included another Hot Dog shaped stand and marked the third appearance for the Hot Dog costume element. 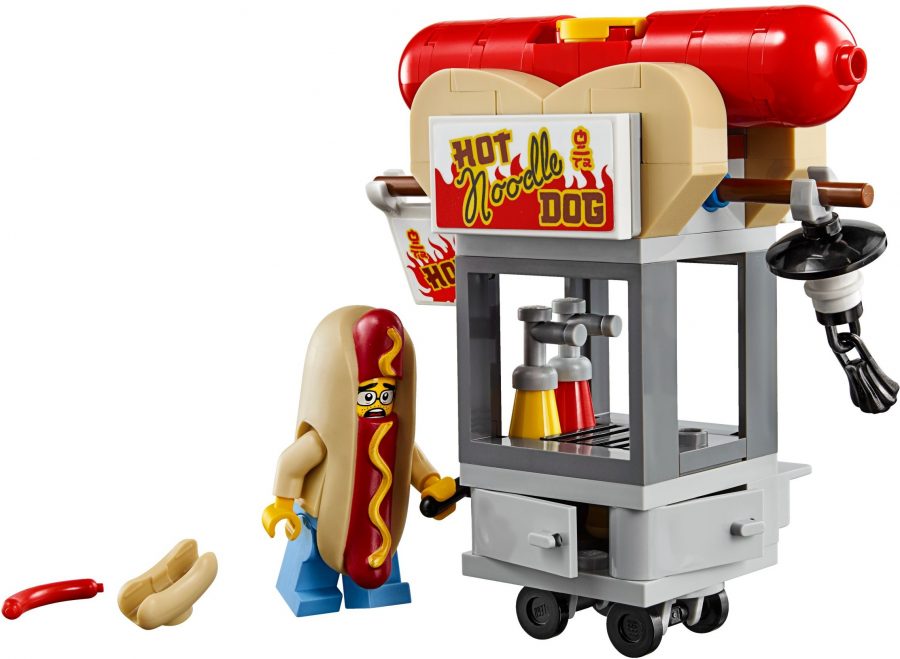 Interesting fact – the easiest way to attract a loose T. rex is not by using a goat but by dangling a juicy Hot Dog in front the rampaging beast. Lack of Hot Dogs in the prehistoric era, could of (in no way) resulted extinction of the dinosaurs. Although the Hot Dog piece used in the LEGO Juniors Jurassic World set is only a small part of the set, it’s still fun to think of rangers trying to entrap Rexy with a Hot Dog. 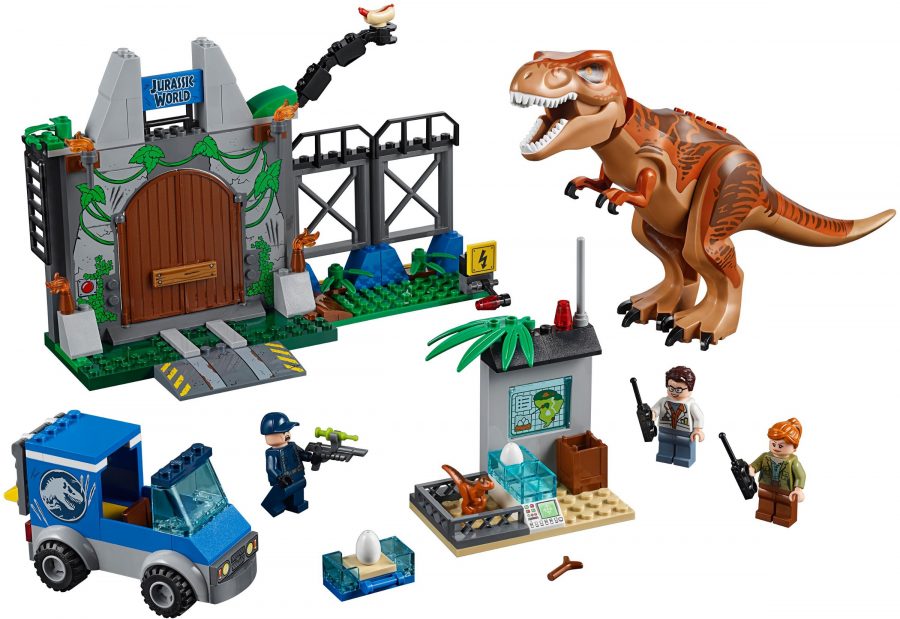 The Hot Dog Suit guy has become such a loved character, he’s had the very exclusive honour of also becoming a LEGO Minifigure plush toy. This over-sized cuddly version of the character is just as fun as his smaller minifigure muse. The Hot Dog Suit in particular has been used in various way beyond LEGO sets. Appearing in movies, games and even Merlin attractions. Not bad going for a simple LEGO recreation of meat and bread. The Garmadon themed set featured above was inspired by this scene from The LEGO NINJAGO Movie. Which means the Hot Dog costume made a big screen appearance in a pivotal moment in the moment. 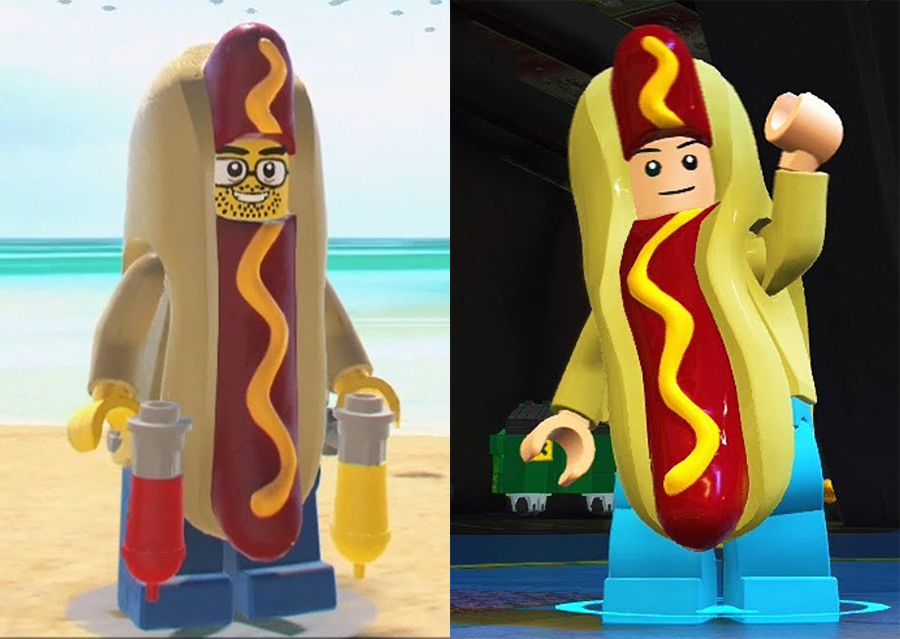 As well as appearing on the big screen, the Hot Dog Suit has also appeared in some of the most recent LEGO Games releases. Firstly appearing in The LEGO NINJAGO Movie The Video Game, complete with condiment blasters. Then again in LEGO The Incredibles game. 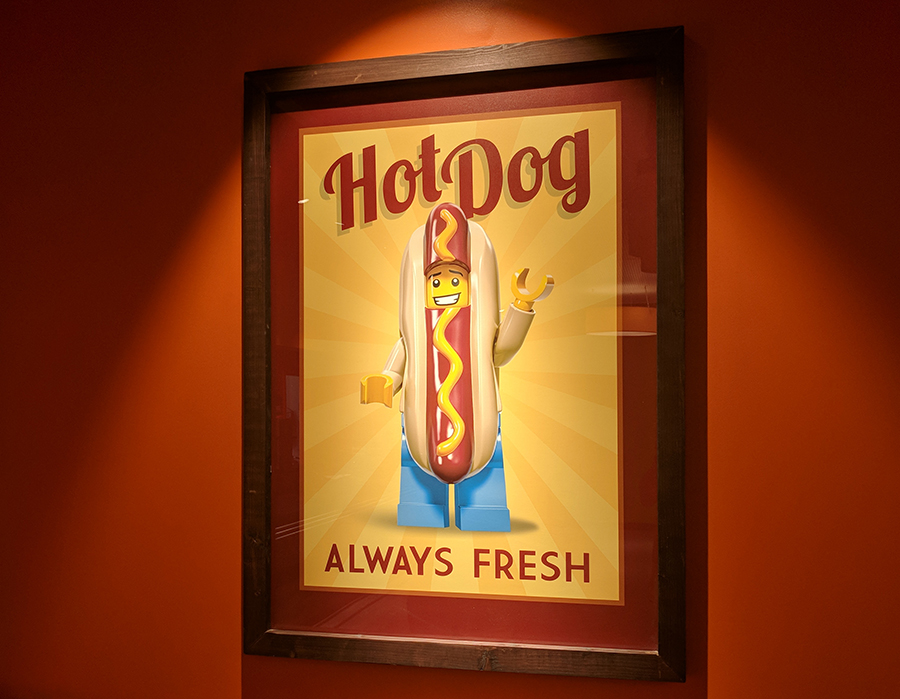 Within the cafe of the newly opened LEGOLAND Discovery Centre Birmingham is an awesome poster featuring the Hot Dog Suit guy.