Home » A Look at LEGO.... » A Look At LEGO…. Hamleys Royal Guard Minifigure

When we first covered the news that Hamleys would be getting an exclusive minifigure little did we know how much it would take the world by storm. People are going nuts for the little Royal Guard who can currently be found in Hamleys Regent Street store. We’ve seen the packet and the minifigure out in the wild but now with have a better look at the little fellow thanks to Hamley’s very own Mark Philip Campbell. The Royal Guard is a newly updated version of the one first featured in the fifth series of the popular LEGO Minifigure line. This special Hamleys edition has been given a more happy expression, medals and white gloves, he also comes complete with a baseplate, and is only the second minifigure to feature the ‘bearskin’ hat. Getting the Royal Guard to Hamleys was achieved by passionate LEGO® fan and the man behind much of the magic at Hamleys, Mark Philip Campbell, along with Tara Wike, design manager of the LEGO Minifigures line at LEGO and Austin Carlson, the Graphic Designer who helped to update the Royal Guard, to make him unique to Hamleys. The minifigure may have only been on sale for a day or two but it has rapidly become Hamleys best selling product, which just goes to show the power of social media and LEGO fan sites. Mark tells me hundreds of people are coming into the store with phones in hand asking for the Royal Guard. Everyone he asked said they saw the news online and showed him the picture he posted on Facebook, which was first shared by us here on BricksFanz. This news was then picked up by everyone else. The volume of sales Hamleys are seeing just shows how excited LEGO fans are for this exclusive little minifigure. Mark also said he thinks around 80% of sales of the Royal Guard are a direct result of being shared by fan sites. The Royal Guard is a great little minifigures, which is the perfect way to mark your visit to the world’s oldest Toy Store, and hopefully this is the first of many more Hamleys exclusive LEGO goodies. The Hamleys Royal Guard LEGO Minifigure is on sale now at Hamleys. 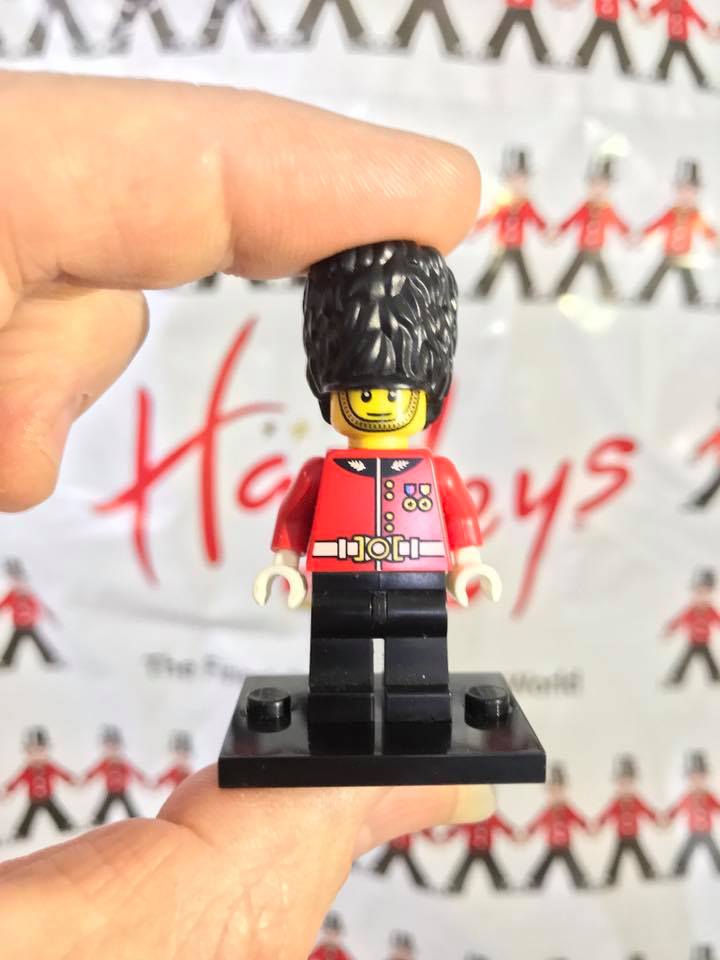