A Look At LEGO… Halloween Sets

Halloween is one of the seasonal moments celebrated with various LEGO® sets. Each year we are treated to a couple of smaller sets and every so often we are graced with something extra special such as a large scale set or even an entire spooky theme. So as the clocks go back and witching hour approaches it’s time to round up some of the top spooky LEGO releases. One of the very first dedicated Halloween sets was a simple pumpkin polybag released in 2010 since then the spooky builds have certainly become more substantial. It wouldn’t be until 2014 that we got proper boxed sets and ever since Halloween has been marked with similar sorts of sets. These sets have often followed a similar style to other seasonal each year.

In May 2012, LEGO Monster Fighters was released. The entire theme had a spooky twist to it, with Haunted Houses, Ghost Trains and a gang of iconic Monsters. It was one of the many story-driven themes which shared interconnected lore with other themes. It only lasted for one wave but it’s become much loved by LEGO fans. Learn more about the LEGO Monster Fighters here. 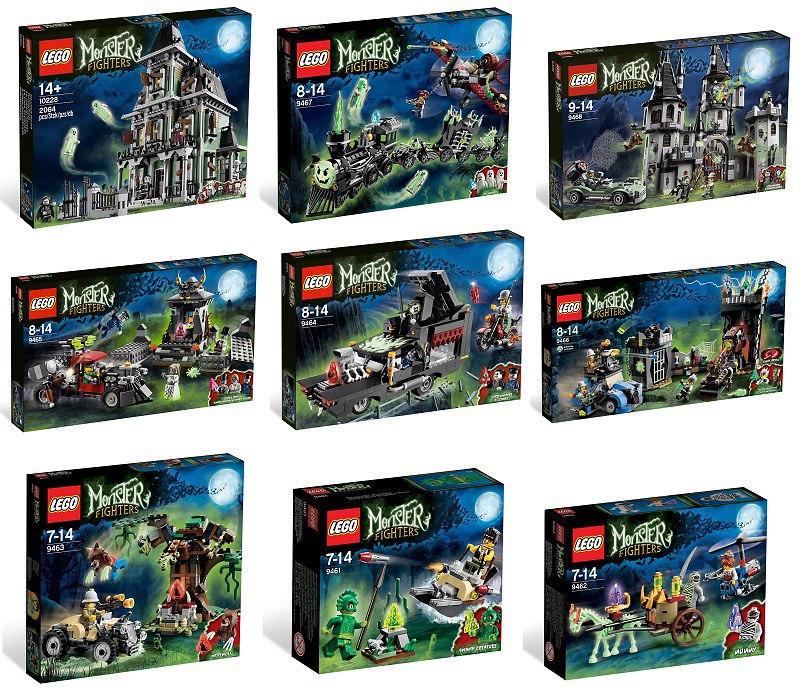 The licensed LEGO set realm also offered some spooky fun backing 2015, LEGO Scooby-Doo theme technically doesn’t feature actual monsters as those spooky menaces as merely masked fiends, who would have gotten away with it, if it wasn’t for those pesky kids of Mystery Inc. Sets included the iconic Mystery Machine, a haunted Lighthouse and run-down mansion. The theme also saw the release of two animated LEGO Scooby-Doo movies and a LEGO Dimensions expansion pack.

2015 would be a rather good year for spooky sets, with one of the LEGO Minifigures series being entirely made up of monstrous characters. This is the only time we’ve had a series of seasonal Minifigures, although previous series featured the odd monster.

Across 2018 and 2019, seasonal sets took the form of BrickHeadz. As well as all the sets based on popular characters, the Halloween BrickHeadz included a witch and a ghost. In 2020 an additional BrickHeadz set based on Universal Studios’ Frankenstein’s Monster joined the line-up. Unfortunately, we’ve not seen any further Universal Monsters released in BrickHeadz form.

One of the biggest spooky sets is part of the LEGO for Adults Fairground Collection. The Haunted House as the name suggests is a scary fairground attraction filled with spooky connections to past LEGO themes and a working drop ride. This could also be powered by adding Power UP elements. 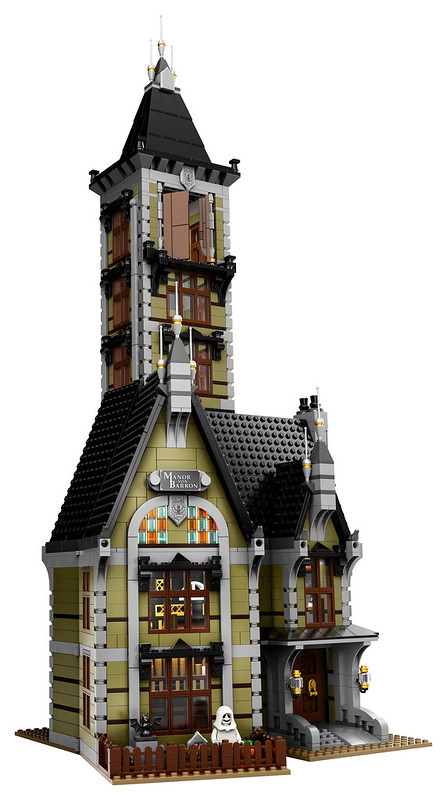 In 2019, an original theme called Hidden Side was released. As a spiritual successor to Monster Fighters, the new story-driven theme combined physical LEGO sets with AR elements. Although the use of smart devices wasn’t to everyone’s liking, an original IP always offers some great characters and builds.