A Look At LEGO… Farmyard Animals

A Look At LEGO®… Sharks went down well so it’s time to head inland to the rolling hills and crop-filled fields of the countryside for A Look At LEGO… Farmyard Animals. Farms play a key role in our daily lives. They provide food and other materials to keep us going as well as plenty of animals to enjoy during a day out. In the world of LEGO sets and themes, farming has had a surprisingly limited impact. There have been plenty of single farming-inspired sets and only a couple of sub-themes. But farms biggest influence on the world of LEGO bricks is through animals. From horses to sheep and one very elusive goat, creatures famously found down on the farm aren’t easily found but they are awesome. So whack on some wellies and take A Look At LEGO… Farmyard Animals.

The most prevalent of farmyard animals is the horse. In a similar fashion to the shark, this equestrian element made its debut in one of the earliest play themes. Where it acted as the steed for knights and noblemen alike. The general design of the horse has largely remained unchanged. Modern LEGO horses have more movement and print detail, which has vastly improved their appearance. There’s also plenty of colours available, with the most recent being the beige horse. 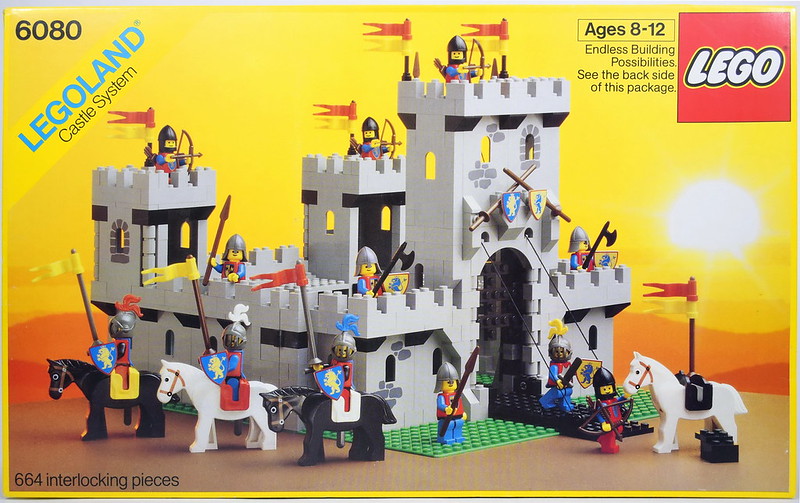 The LEGO Pig would not arrive until nearly 30 years after the first horse figure. Fittingly the pig was first featured in the LEGO City farm subtheme, the only time there has been a focus on farming, beyond single sets. Since then, pigs have appeared in the odd set here and there as well as coming in a couple of different colours.

The farm subtheme would also introduce the LEGO cow. The first would be the traditional black and white cow before a brown cow appeared in the Medieval Village subtheme of Castle. A cow was also used as a masthead for pirate Master Builder, MetalBeard’s legendary ship, the Sea Cow.

Despite the obvious connection between certain animals and the farm environment, it would actually be the Medieval Village sets of the early 2000s which would have a bigger impact. As well as cow variants, the sets featured the first LEGO chickens, which have since appeared in many other sets.

But there is one farmyard animal that is more elusive than Bigfoot. The goat is a legendary LEGO animal, after only ever appearing in one LEGO set. The Mill Village Raid set features two of those can-crunching critters. Despite fans clamouring to see the goat make a return, supposedly the original mould has been lost. 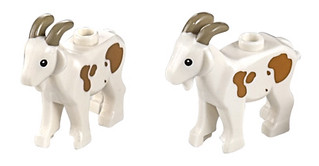 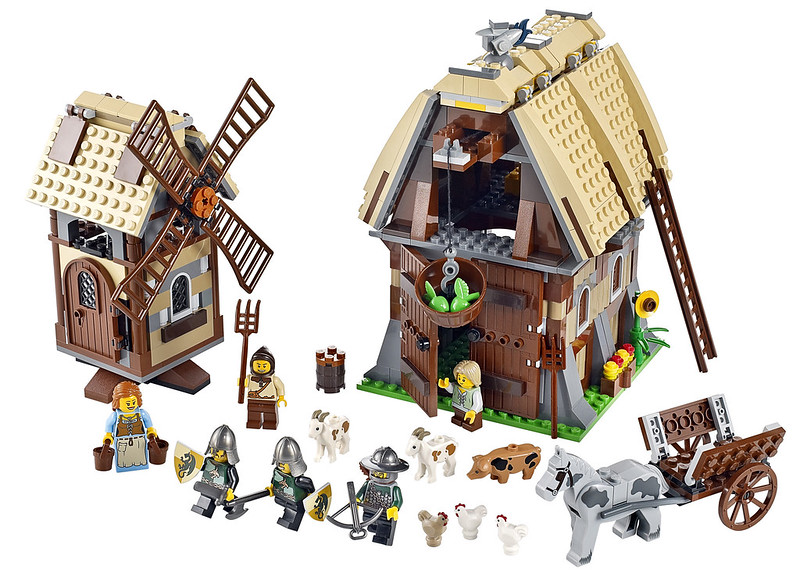 Next to horses, pigs, chickens and cows the next most common animal to find on a farm is the sheep. Now over 30 years after the debut of the horse, a LEGO sheep is finally available thanks to the new Disney subtheme, Mickey & Friends. Mickey and Donald’s Farm includes a single sheep. But new elements such as this, aren’t usually introduced without scope for future use. Will 2022 finally see a new farm-based subtheme? It’s certainly something LEGO fans would welcome. 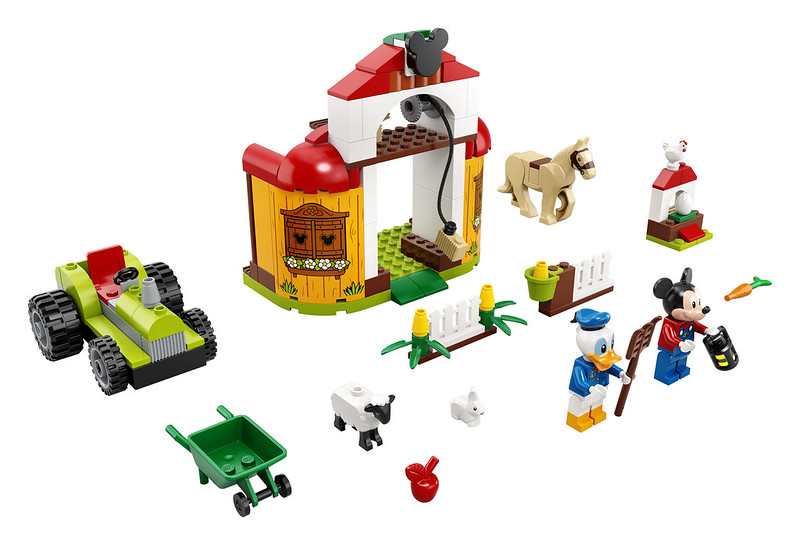 Some images featured here were sourced from Brickset, where you can discover far more farm-themed sets including a number of LEGO DUPLO sets and LEGO City vehicles.