Back in 2013 publisher DK Books put out a call for a selection of Minifigures they needed to help complete their new book, LEGO Minifigures Year by Year: A Visual History. LEGO fans around the UK and beyond, raided their LEGO collections to help find those few Minifigures DK needed for inclusion in the book. Thankfully my inability to throw or give anything away meant I still had all my LEGO sets from when I was younger and having found a handful of Minifigures, they packed their bags and headed to DK Books London HQ. Six of them took part in a photo shoot and had the honour of appearing in the book. 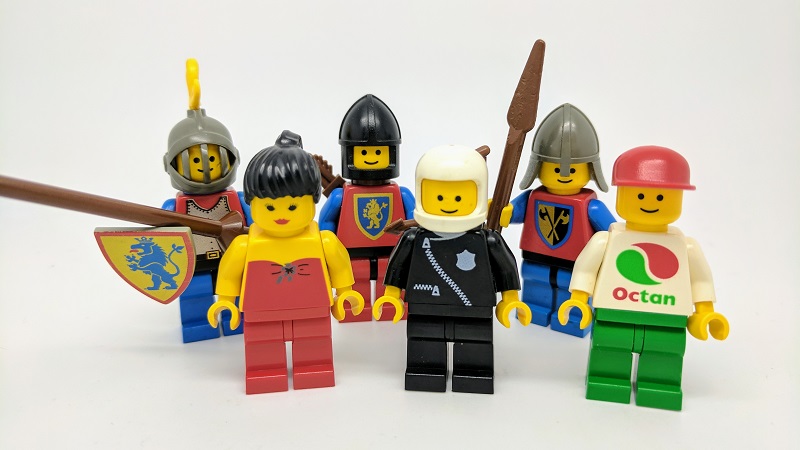 Of the six Minifigures who popped off to DK, three came set 6080: Castle released in 1984. With the others coming from sets 6386: Police Command Base, 6594: Gas Transit and 6350: Pizza to Go, released in the early 90s. The pictures you can see below are of the actual Minifigures used in the book next to themselves in the book. 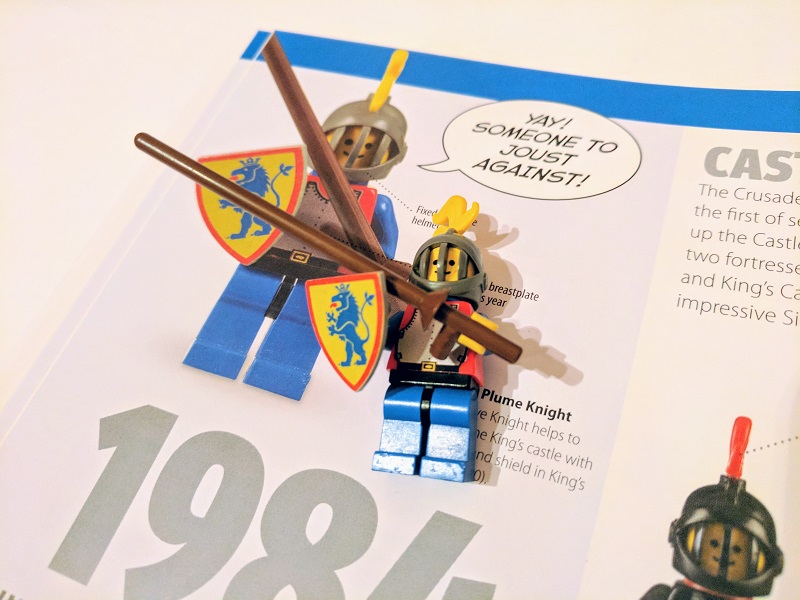 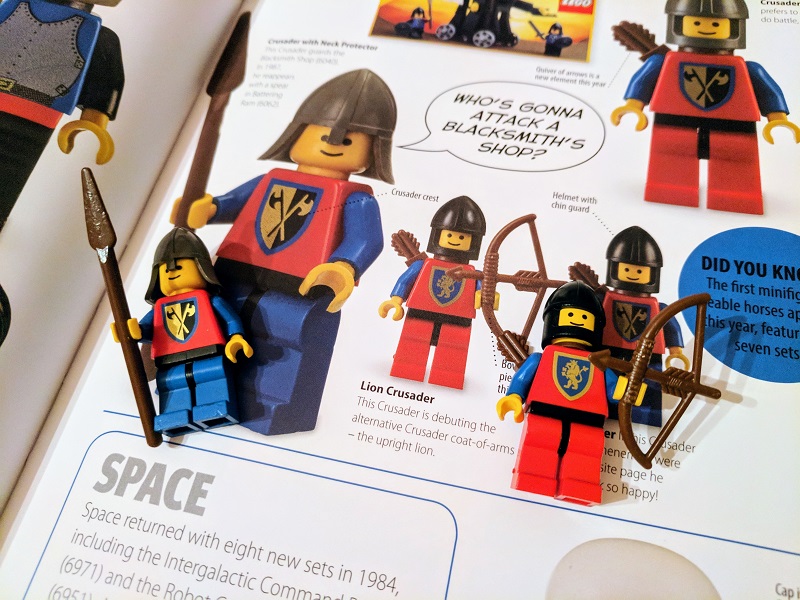 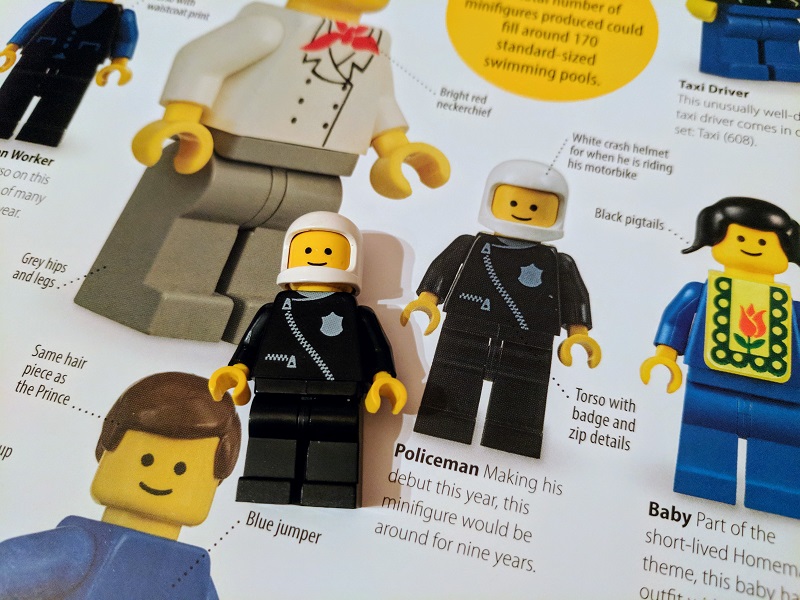 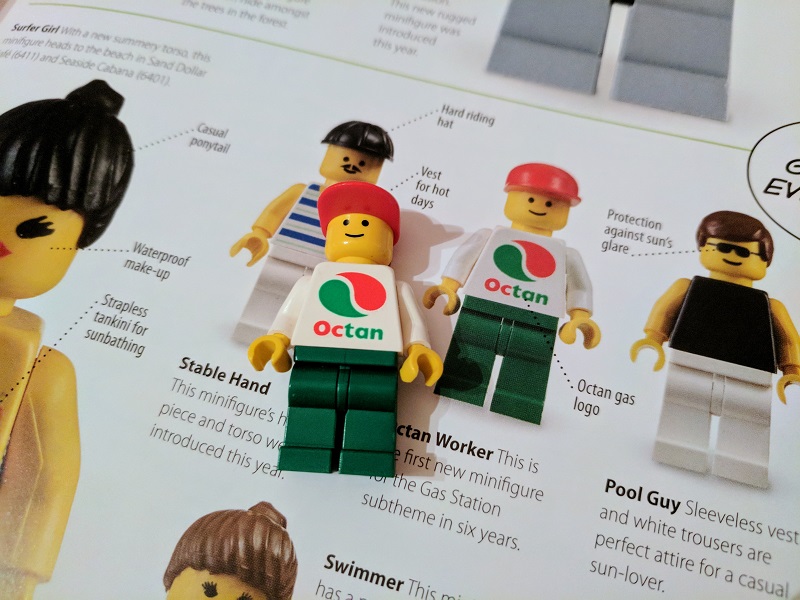 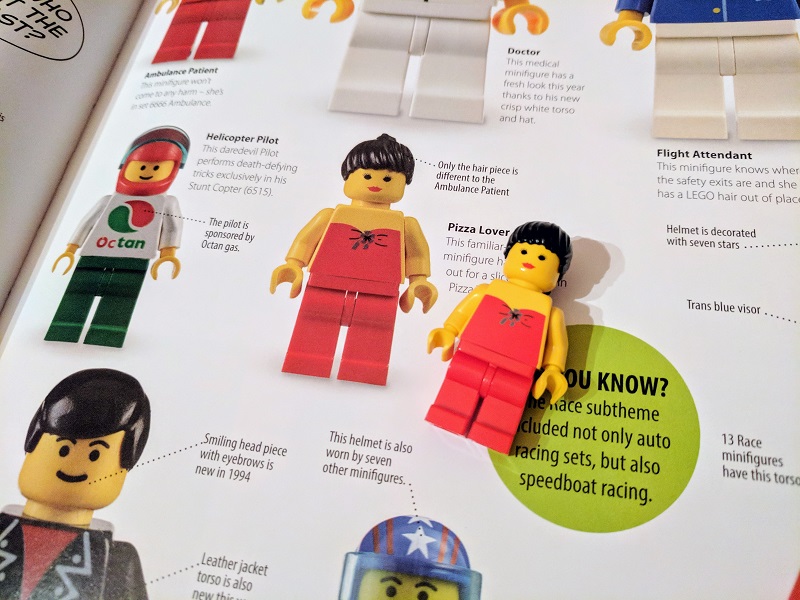 As well has having my own Minifigures included in the book, I also got a mention in the Acknowledgements, a copy of the book and best of all a very special miniature version of the book. Only 260 were made and given to those who helped with the book, competition winners and members of the press. I’m quite proud of my mini-mates being part of such an amazing book. 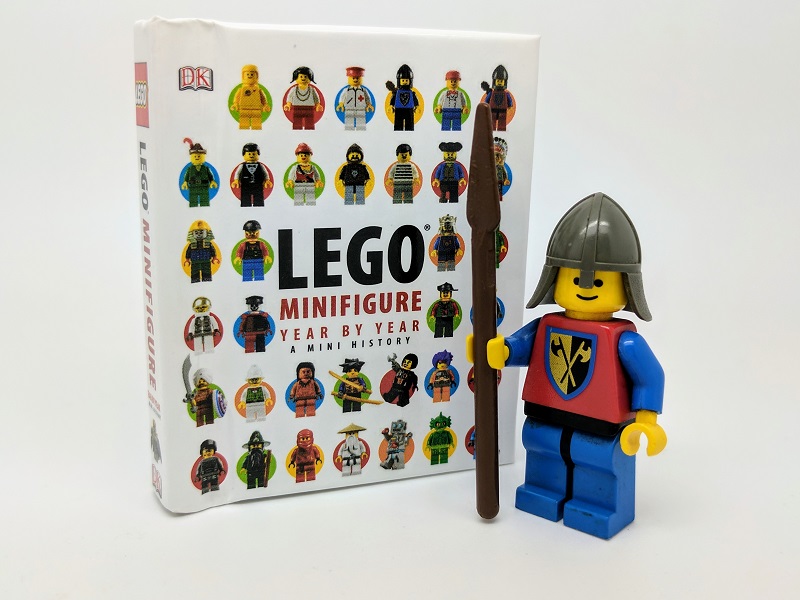 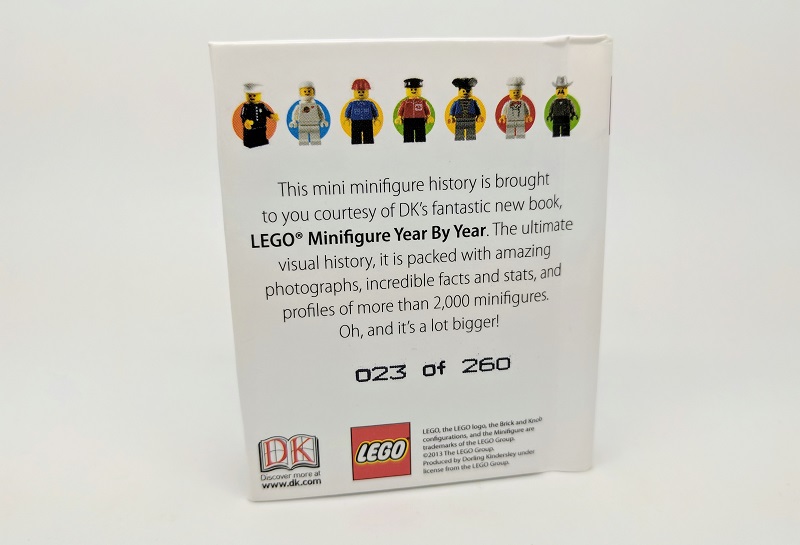 LEGO Minifigures Year By Year: A Visual Dictionary is still available and is the definitive guide to LEGO Minifigures since they were first introduced in 1978. From the first few prototypes to the likes of LEGO Star Wars and the Legends of CHIMA, the book is filled with fun information and of course plenty of Minifigures. It also includes three psychical Minifigures – A Classic Townsperson, A Stormtrooper and a LEGO City Robber. 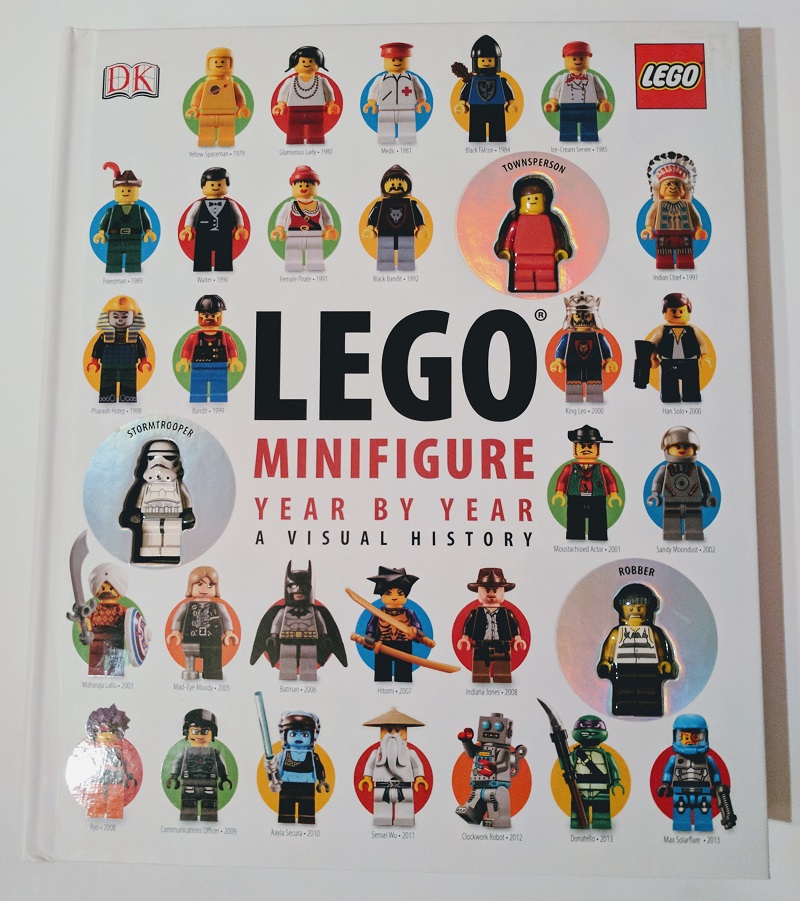 Take a trip down memory lane and explore the origins and growth of the amazing LEGO® minifigure with LEGO® Minifigure Year by Year: A Visual History.

Year by year, LEGO minifigure ranges are included chronologically and by theme, running from the first minifigures introduced in 1978 to the brand-new LEGO Legends of Chima™, LEGO Star Wars, LEGO Batman and LEGO Ninjago minifigures popular today. Perfect for any LEGO fan, this visual chronicle is filled with more than 2,000 of the most significant, popular and rarest minifigures complete with stunning photos and additional information on key favourites. Plus, with 3 minifigures embedded in the cover, a LEGO City townsperson, LEGO City robber, and a LEGO Star Wars stormtrooper, it’s the ultimate guide to the world of LEGO minifigures.

LEGO Minifigure Year by Year: A Visual History is a must-have for LEGO fans of all ages.