It seems inevitable that there would be LEGO sets based on Avatar. It’s perfectly suited for LEGO set standards – magical worlds, unique-looking characters, fantasy conflict and space crafts. The only surprise is that it took so long for them to arrive. When Avatar was released in 2009 it changed cinema forever and became one of the highest-grossing films of all time. So the return of a multi-billion movie franchise is certainly motivation enough to bring the world of Pandora to life with LEGO bricks some 13 years on. The first wave of sets is inspired by the original Avatar film and with its sequel hitting cinemas this week, it’s the perfect opportunity to take a look at one of the most visually impressive of the new sets. 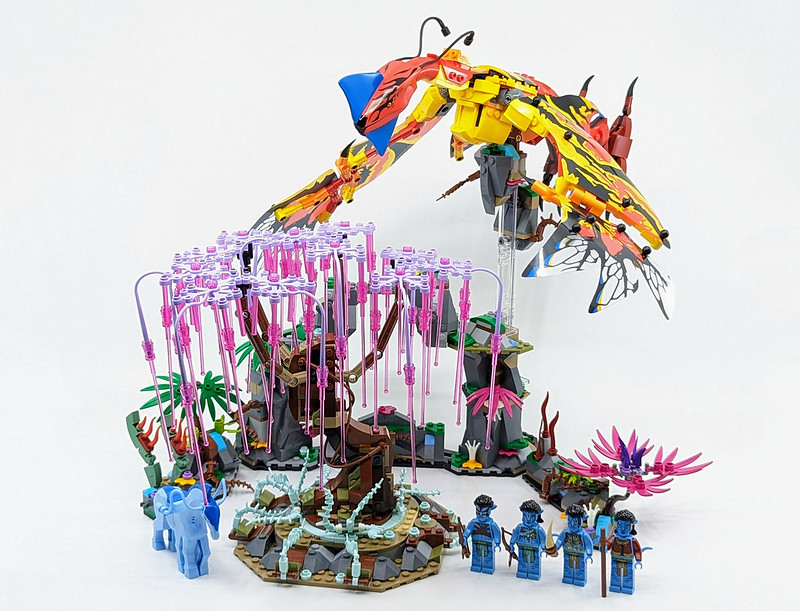 Impactful Avatar story
Expand a child’s passion for the film with a toy set featuring an iconic location that lets kids replay known scenes or create new ideas independently or as part of a great family moment. Mix and collect sets (sold separately) to build endless versions of Pandora. 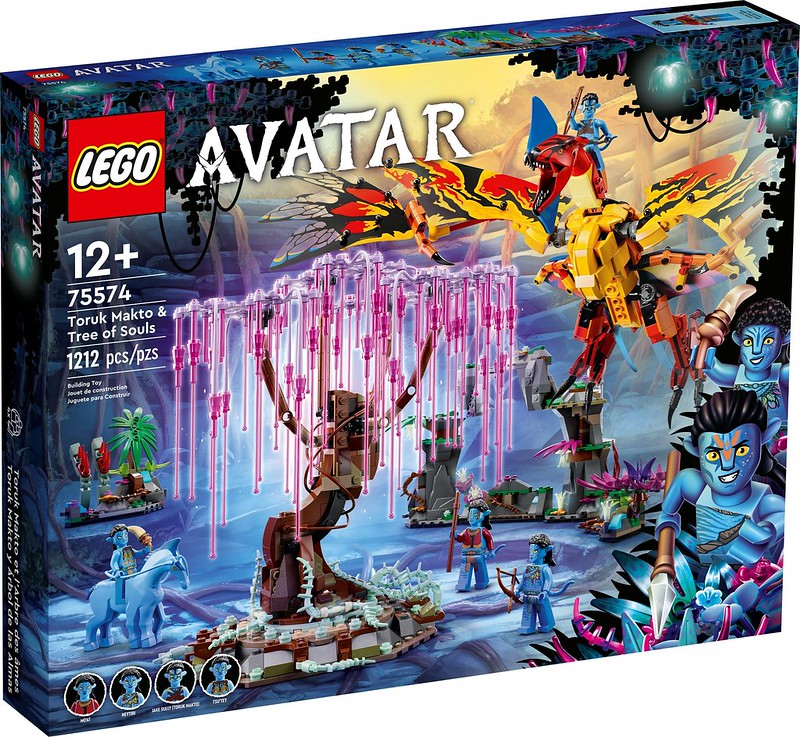 Avatar is set in the year 2154 and natural resources on Earth have been completely depleted so RDA is tasked with finding new resources beyond Earth. They find the moon of Pandora, which is rich in the McGuffin mineral of Unobtainium, but it’s also the home of the Na’vi. These humanoid alien races live in harmony with the natural world from the smallest plant to the most fearsome beasts. Elements which are both featured in this set. The most sacred area of Pandora is the Tree of Souls. A willow-like tree with a close connection to Eywa, an important spiritual deity to the people of Pandora. 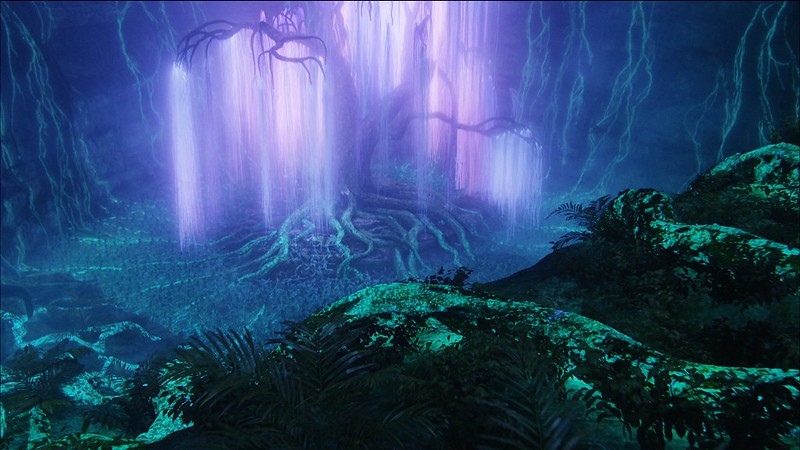 The build begins with some of the incredible scenery found on Pandora. The rocky outcropping is built in three separate pieces, each of which can be clipped together to create a larger scene. The larger of these sections includes an attempt at one of Pandora’s iconic floating mountains. This is pretty well achieved although quite small. It’s mainly there as a mountain for the Toruk beast. One thing I love about this section is the colourful collection of elements used to recreate the wonder of Pandora’s unique natural world. It reminds me a little of the LEGO Elves sets. As well as recoloured pieces, the set includes a few special glow-in-dark plants, which add to the magic of the location. 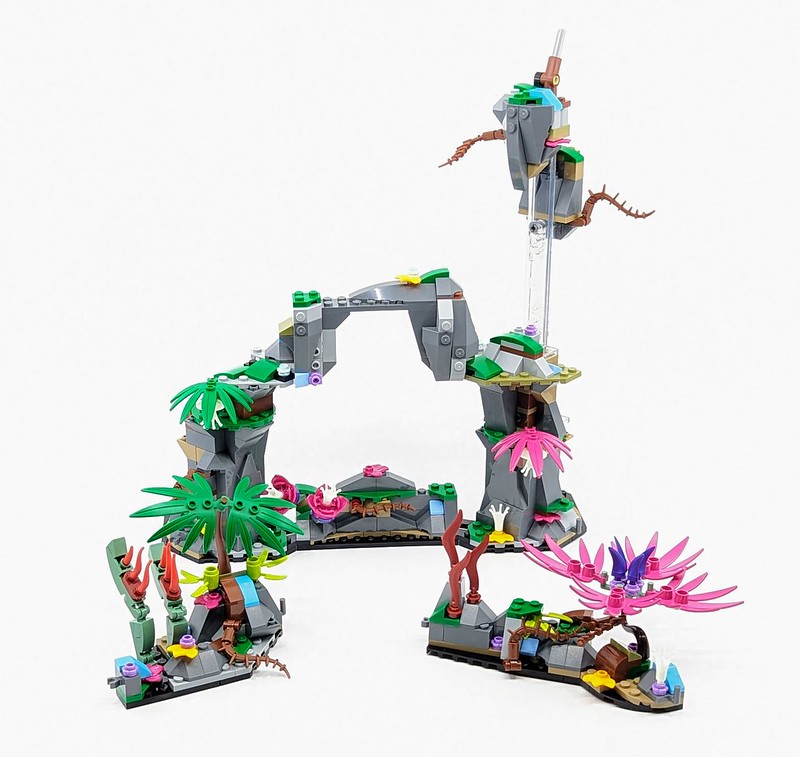 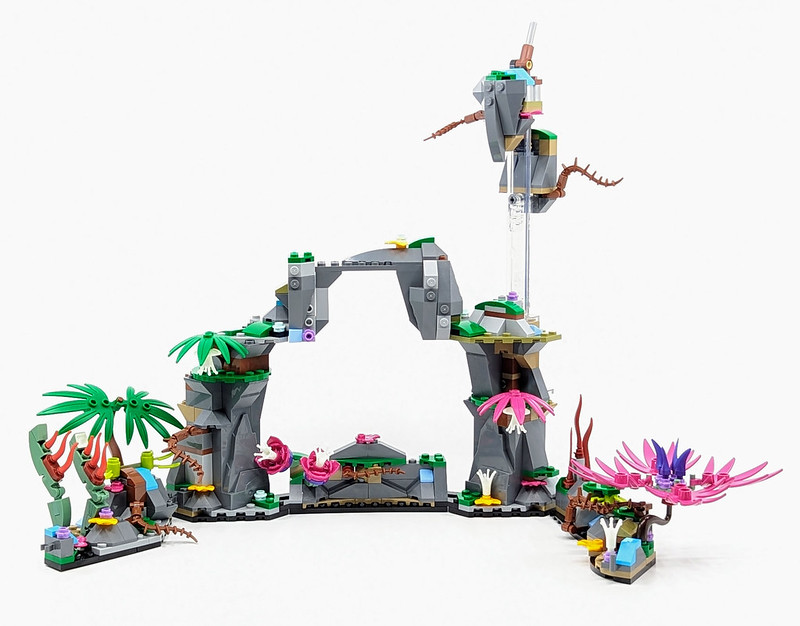 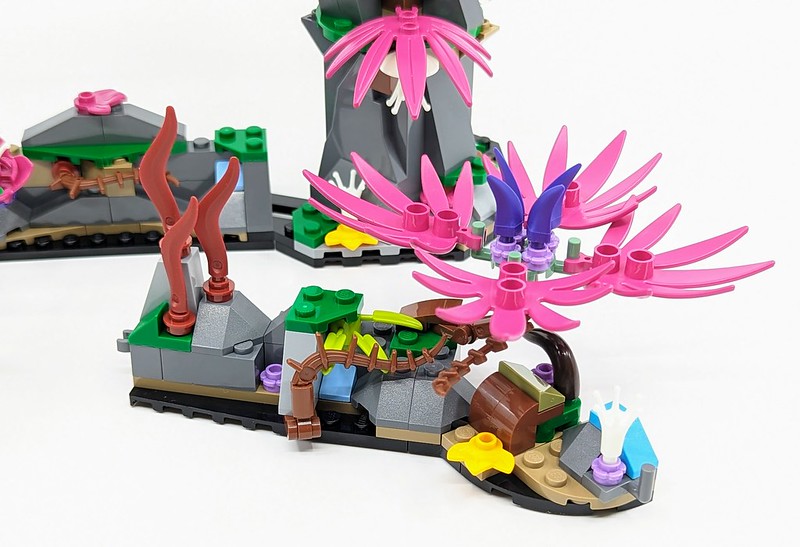 Next is the wondrous Tree of Souls. When the Avatar sets were first revealed this instantly captured my attention. The use of parts and colours combine to create a magnificent-looking LEGO creation. The way the tree has been crafted captures a surprisingly natural look. Around the base are a mass of pale blue vines. The different shades of brown on the tree and the vines which wrap around it, give the tree texture and the canopy of pink hanging foliage all combine to create a genuinely impressive build. Those pink tentacle-like branches are created with purple leaf elements. Along with transparent rods and cones. They look great even if they are slightly tricky to align. The entire tree is great fun to build. 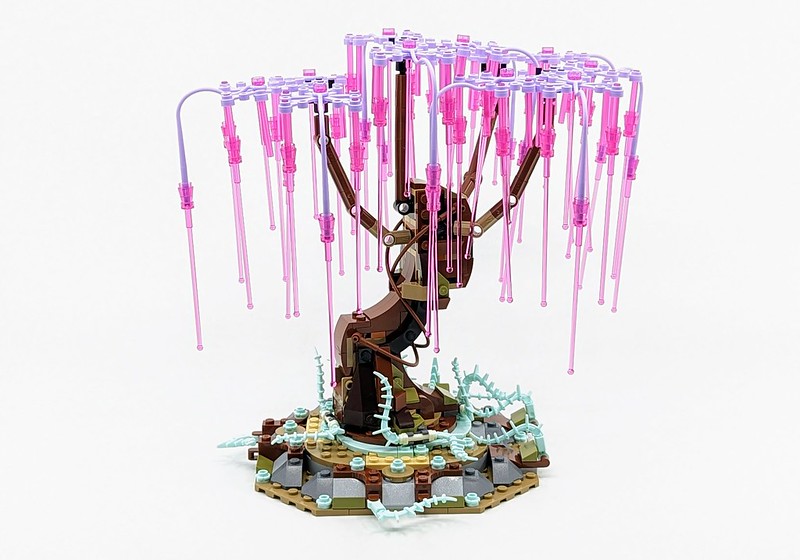 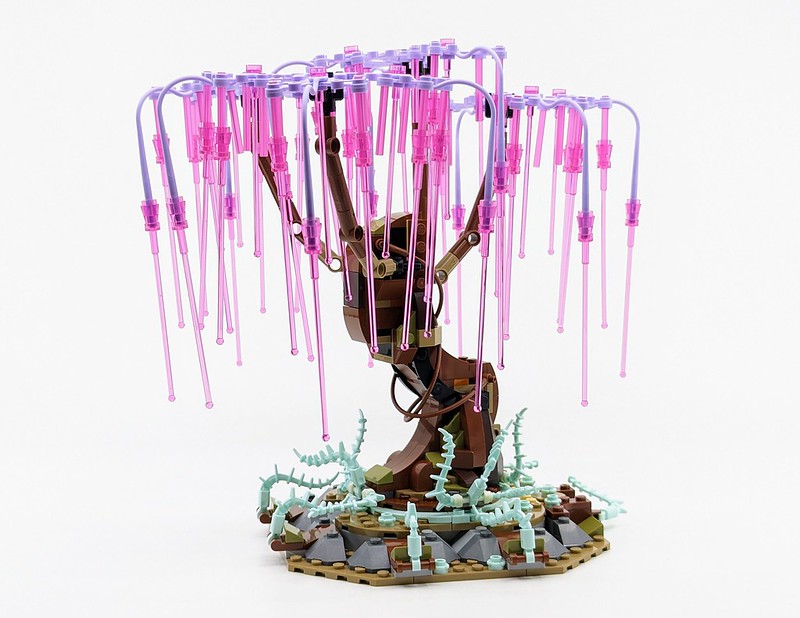 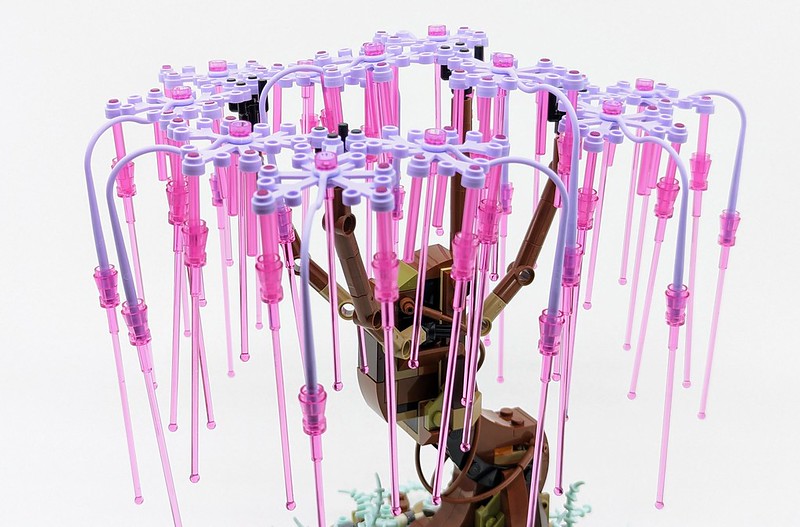 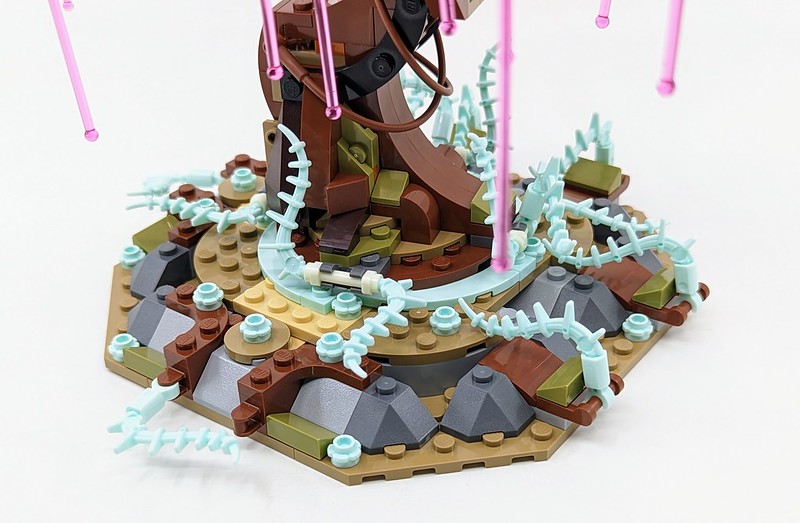 The final part of the build is a fearsome winged beast known as Toruk. These large flying creatures aren’t easily tamed and only the bravest Na’vi warrior can bond with one. Jake Sully in his Na’vi form manages to pair bong with Toruk and become only the 6th Toruk Makto. He uses it to help fight the RDA. 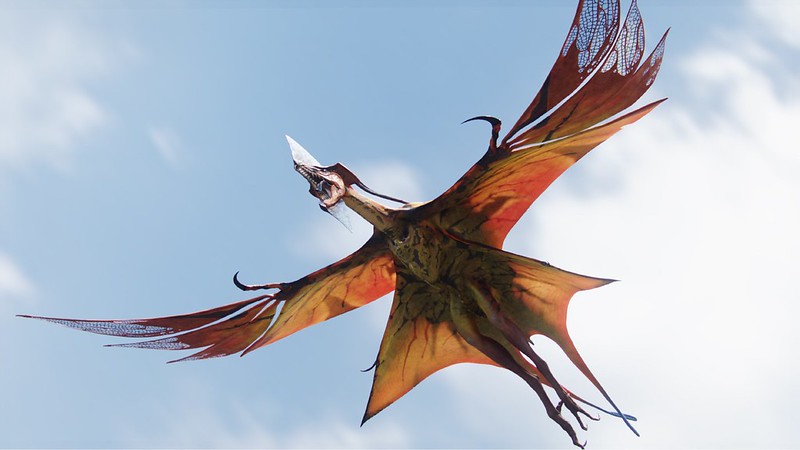 Its LEGO version features a few unique pieces including its head and the cut-out plastic sections for the wings. Although this looks great, the way they are connected to the wings frames could be better. They are attached to Technic ball pins, they would have looked better if similar pins used on the LEGO Forma concept set were used. As mentioned above, the Toruk can be mounted on a Technic axle on top of the floating mountain. 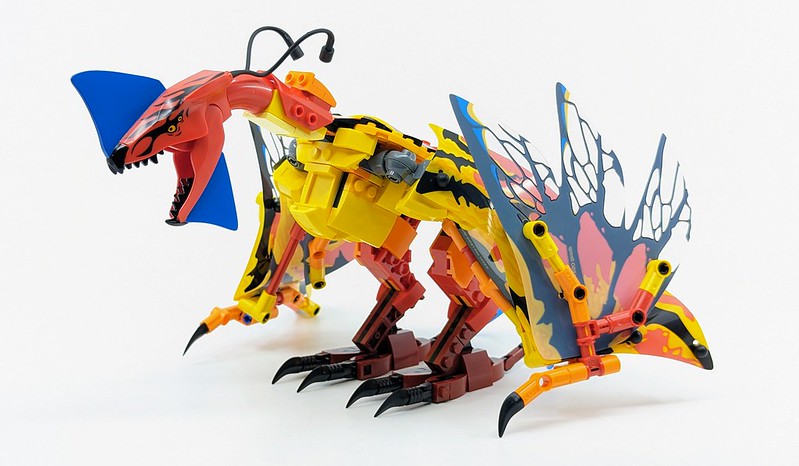 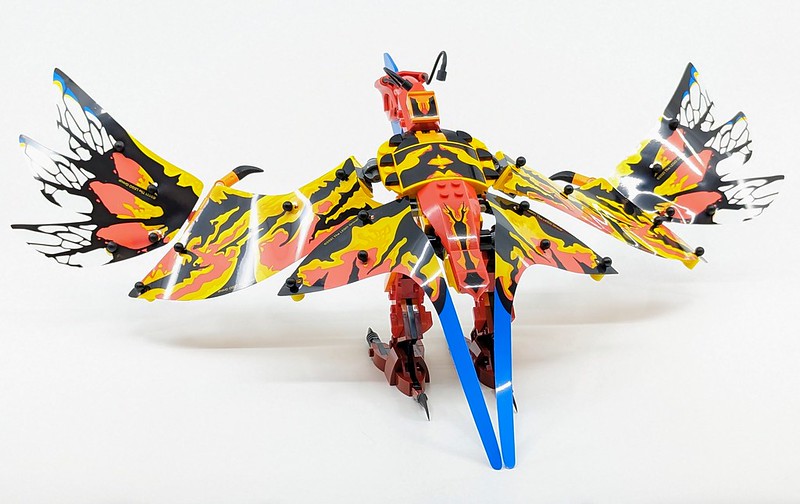 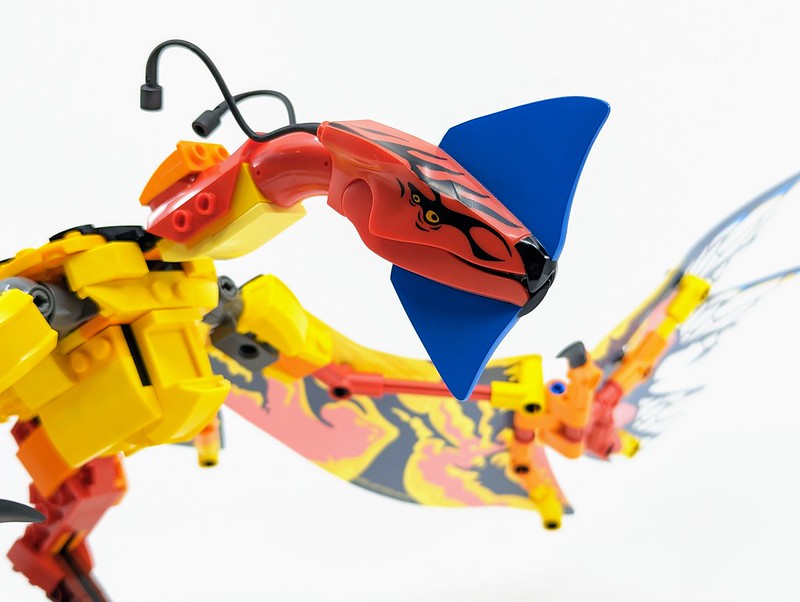 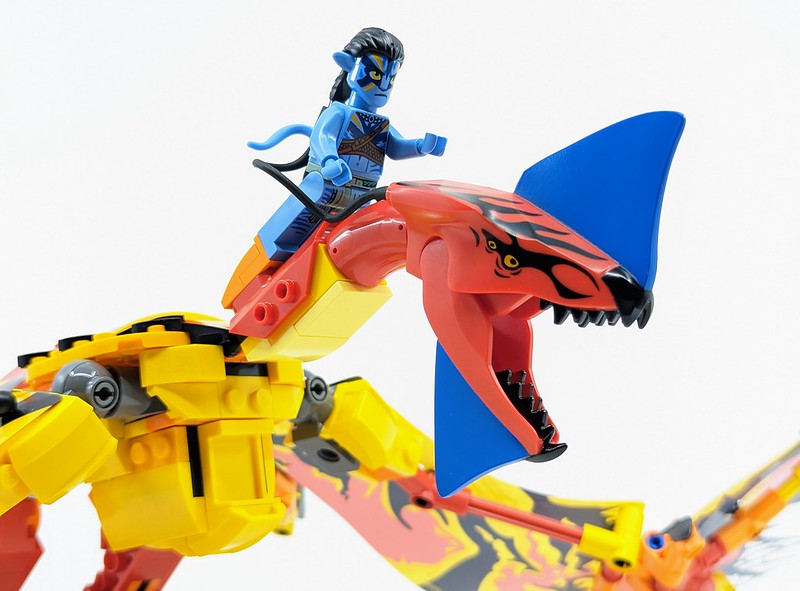 One of the most unique aspects of the Avatar sets is the minifigures. They are unlike the usual style of minifigure, using totally unique new pieces for every part of the characters. The hair pieces include a rod which can be attached to the creatures in the set. The heads are similarly shared to standard minifigures but have a chin and ears. Even the torso and legs are unique as they are longer to capture the taller stature of the Na’vi. I’m split on if I like them. The longer legs and arms, along with the tail look great and I like the feature of the hair, but I think I would have liked a normal-shaped head with the ears forming part of the hair. 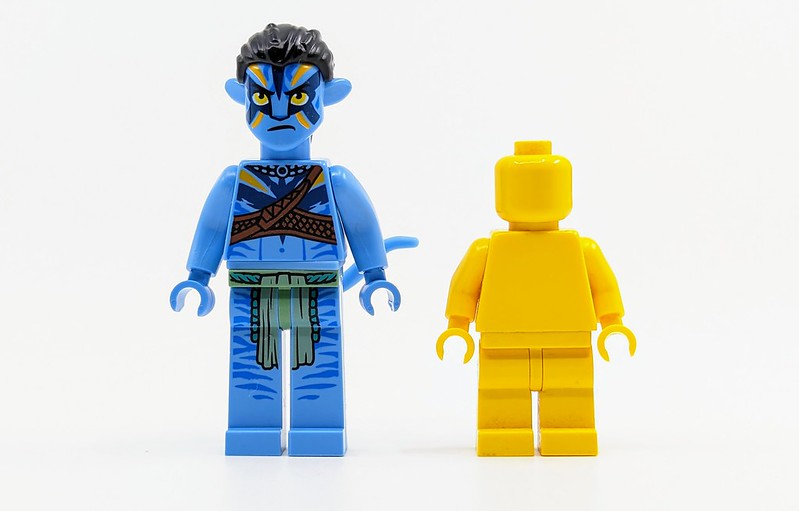 The minifigures are joined by a unique creature element style after the Direhorse. This is one of the many creatures found on Pandora and is one of the first animals Jake bounds with. In a similar fashion to the Toruk, the Direhorse features long tentacles with can be connected to the hair pieces of the Na’vi minifigures. 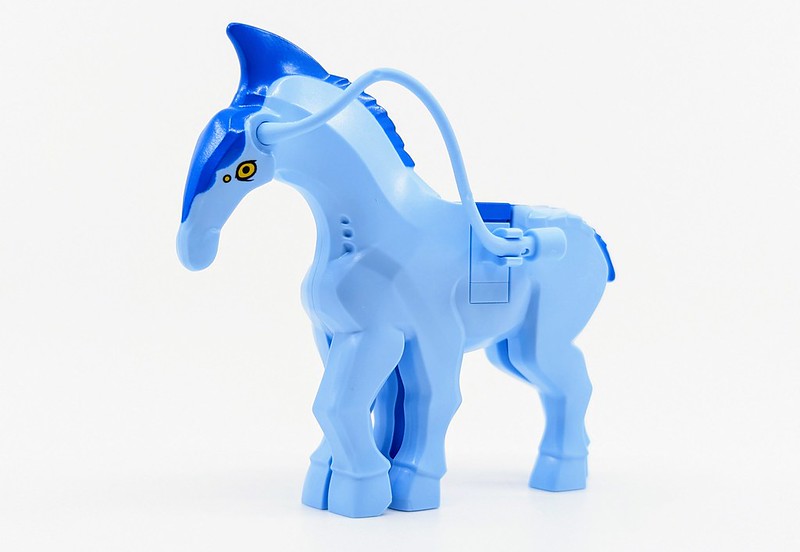 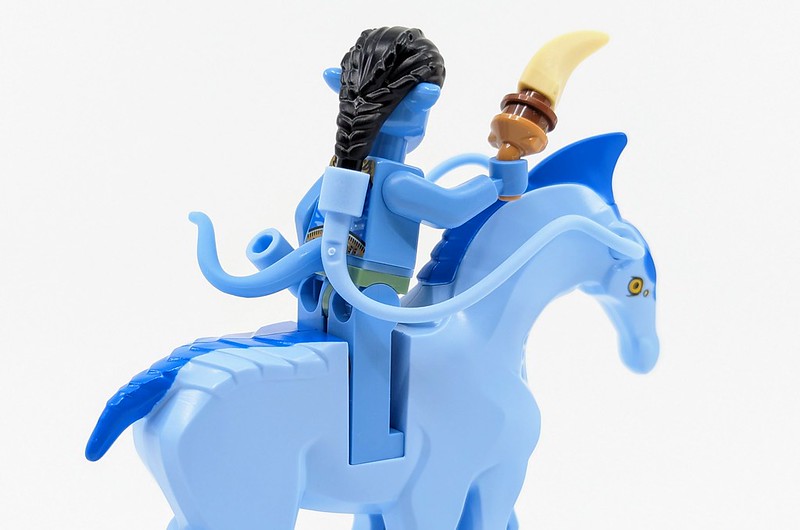 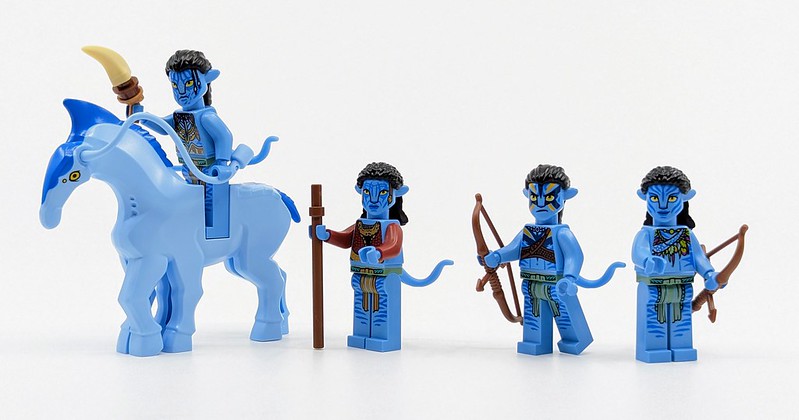 I’ll be giving away a couple of LEGO Avatar sets ahead of Christmas so stay tuned for details on how you can win these sets and build your own slide of Pandora.

Having rewatched Avatar as I built this set, I’m reminded about how good a film it was. The world, story and characters really are nicely suited to a LEGO theme. I like that this set purely focuses on the natural wonder of Pandora without placing any unnecessary vehicles or mechs. As a build, it’s a fun experience. There were a few tricky techniques, mainly the tree. You need to make things are placed correctly and positioning some of the branches can be a bit fiddly. I like and dislike the style of minifigures used to create the Na’vi. The longer legs and arms seem odd but work in capturing the height of the characters, it’s the heads I’m not sure about. Still, the detail on them is great and I like that the hair pieces can connect to the creatures in the set.

+ Visually impressive, especially the Tree Of Souls
+ Fun to build despite all the fiddly bits on the tree and Toruk
+ Loads of unique & recoloured elements

– Quite a costly set, but does feature some unique elements
– Still not sure about the style of heads