LEGO® Star Wars Microfighters began life way back in 2014. The idea was simple, to recreate iconic Star Wars vehicles in chibi-style builds. Which are very small and have room to seat a single Minifigure. Since 2014, they have been released in series waves, but as the years have gone on, the amount of releases per series has dwindled. This year has only seen two Microfighters sets released but they aren’t going anywhere just yet. Although the series tag may have ended, 2022 will see The Mandalorian join the Microfighters ranks. So here’s a look at The Razor Crest Microfighter set, with kicks off the 2022 set reviews. 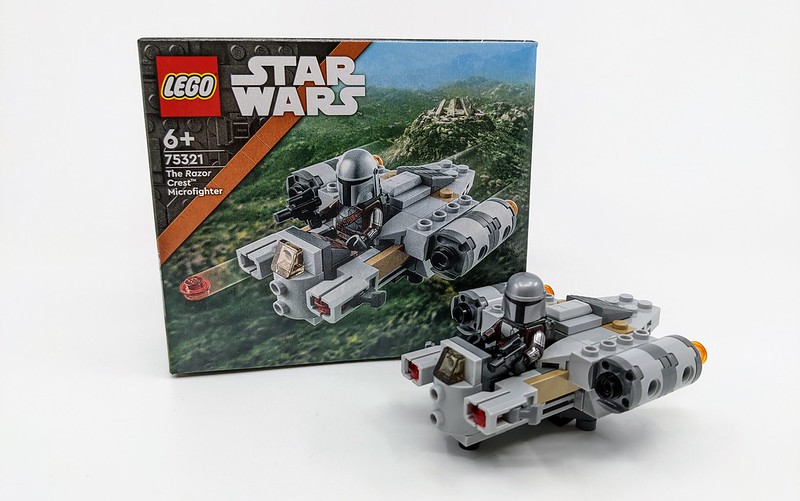 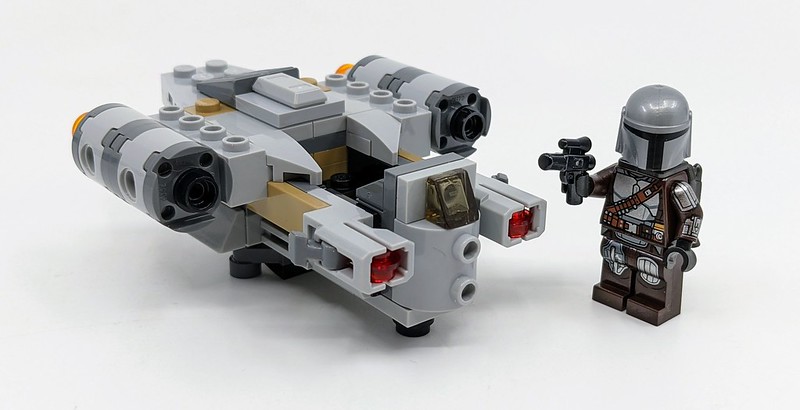 Microfighters are a fun collection of sets, being able to translate a vast amount of ships and vehicles into a similar style and rather small build isn’t an easy feat. However, with each new set, it’s a feat that continues to be pulled off by the LEGO designers. One of the most recent additions to the Star Wars universe comes from the popular Disney+ series, The Mandalorian. The Razor Crest was a key part of Mando’s adventure with Grogu. This isn’t the first time this popular ship has been recreated in LEGO, but it is technically the first time it’s officially carried the Razor Crest name. 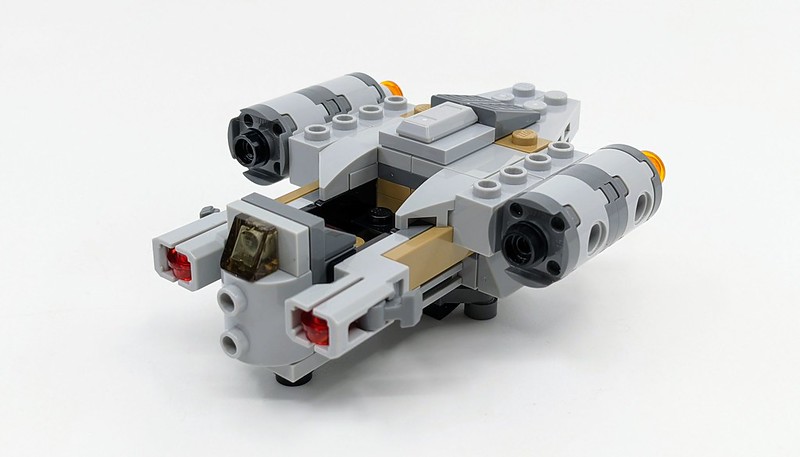 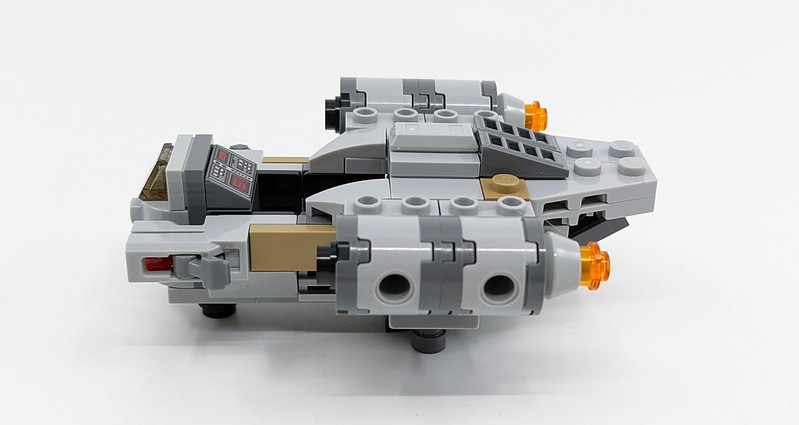 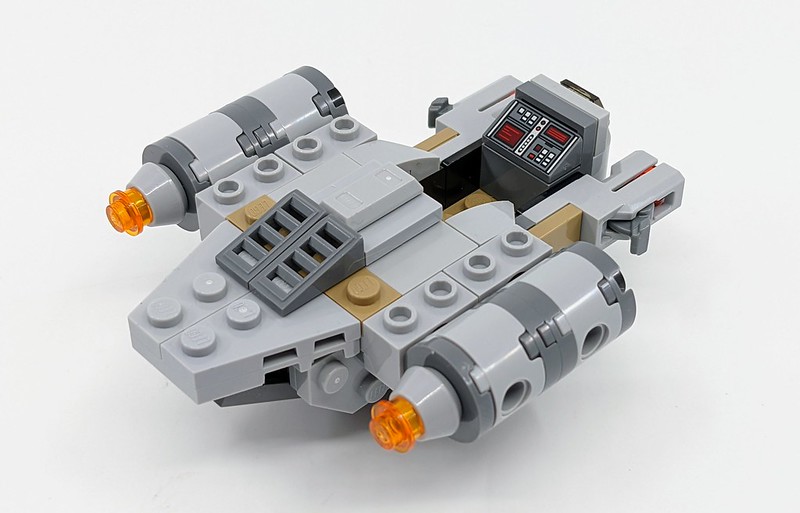 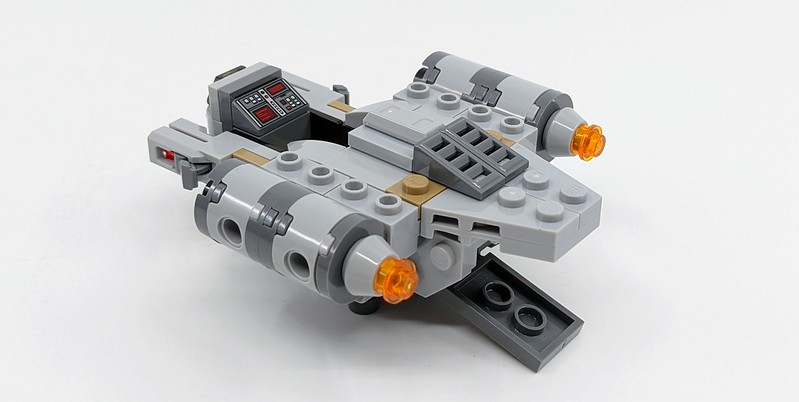 The Microfighter Razor Crest is a rather simple build and although it’s a very small scale build, you can see it’s Mando’s ship. The tapered shape of the rear of the ship is there, along with the two large engines. The front of the ship is obviously different to accommodate the seat for the Minifigure. This is where you’ll also find a brand new-for-2022 element. The mounted stud shooter has been given an upgrade and is now more angular, with a new trigger mechanism. The studs are now loaded into the barrel of the shooter and are projected by pressing down the trigger. It’s a simple change but this new style works newly with the overall style of the ship. Consider the size of the set, it’s a decent take on the ship, obviously, the detail is vastly scaled down. 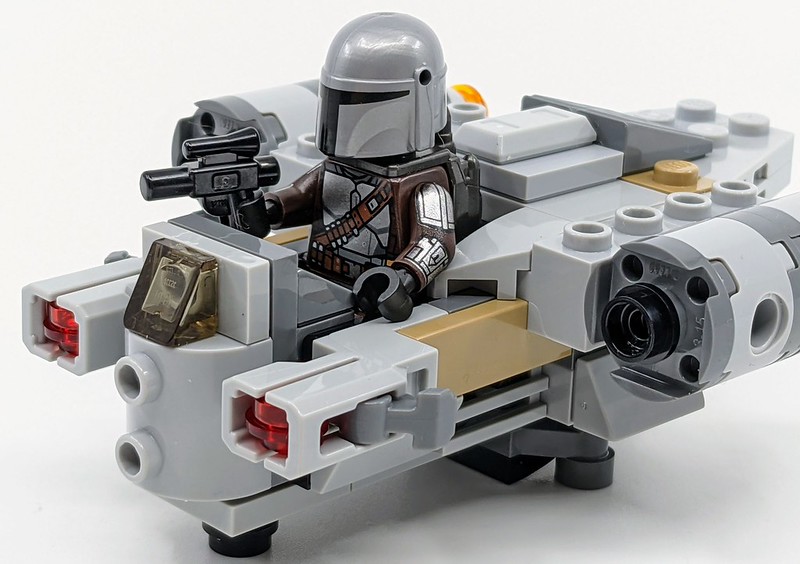 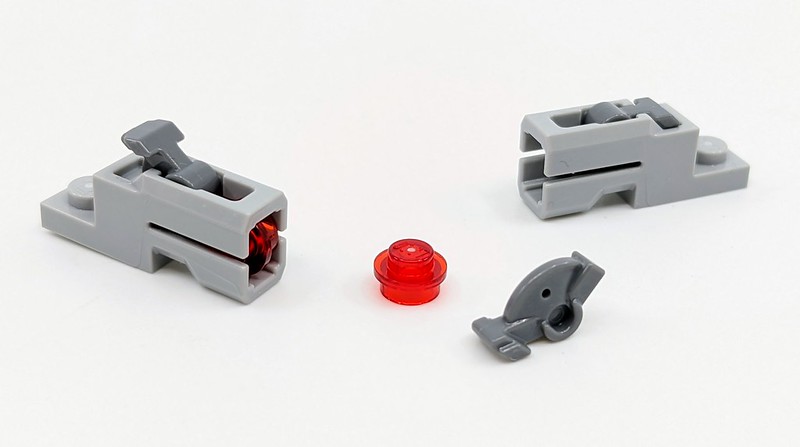 The set also includes a Mandalorian Minifigure, which is based on his upgraded Season 2 outfit. This is the same as the version featured in The Armorer’s Mandalorian Forge set. So Mando sports a dark brown jumpsuit, trimmed which Beskar armour and a jetpack. But yet again, the Minifigure includes a blank head under the helmet. As I’ve said before, I understand why this was the case with the early Mandalorian sets, but since then we’ve seen Din Djarin’s face, the Minifigure should now include a face. I’m also surprised Grogu isn’t included in the set. Despite these slight niggles, I do like the Microfighters sets and this is a decent addition to the range. The LEGO Star Wars Razor Crest Microfighter will be available from January 1st, 2022. 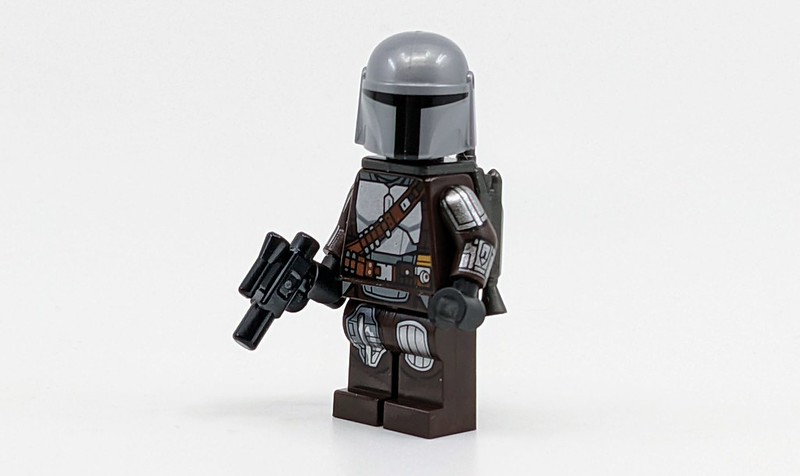 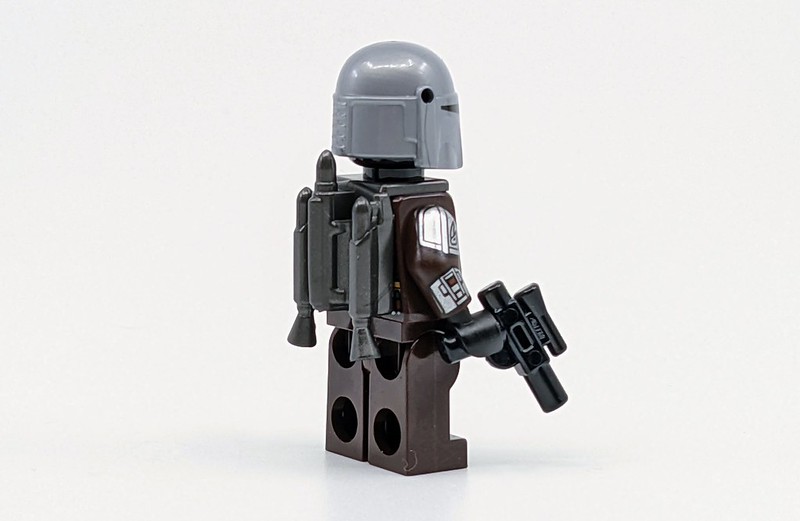