When I build a LEGO® set I often like to pop on something relevant to play in the background. So if I’m tackling a Star Wars set, I pop on a film or TV series from a galaxy far, far away. For a Marvel set, I call upon the MCU, you get the idea. So as I built this particular Mario expansion set, I popped on the ‘classic’ Super Mario Bros. movie. In a similar way that this movie is very, very, very loosely based on the games, the Lakitu Sky World set is inspired by but not really based on any of the Mario games. What it does do, is inspire two-player co-operation and another fun addition to the LEGO Super Mario range. So let’s take a trip among the clouds, with a brief look at set 71389: Lakitu Sky World. 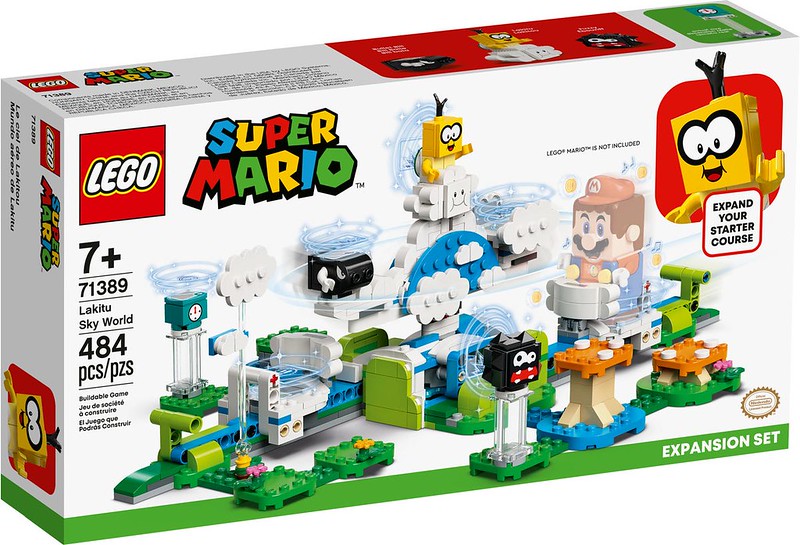 Bring a fun challenge to kids’ LEGO® Super Mario™ universe with this Lakitu Sky World Expansion Set (71389). It features a spinning cloud platform, which is spun around by sliding LEGO® Mario™ and/or LEGO® Luigi™ (figures not included) to and fro on the cloud sliders below to try and knock Lakitu off. The set includes Lakitu, Bullet Bill and Fuzzy figures, plus a Time Block offering extra time in the level. (Note: the 71360 or 71387 Starter Course is required for interactive play.)

Collaborate or compete
Kids can play solo, team up or compete against a friend who has a LEGO Mario or LEGO Luigi figure. Check out the free LEGO Super Mario app for building instructions, creative inspiration and more. 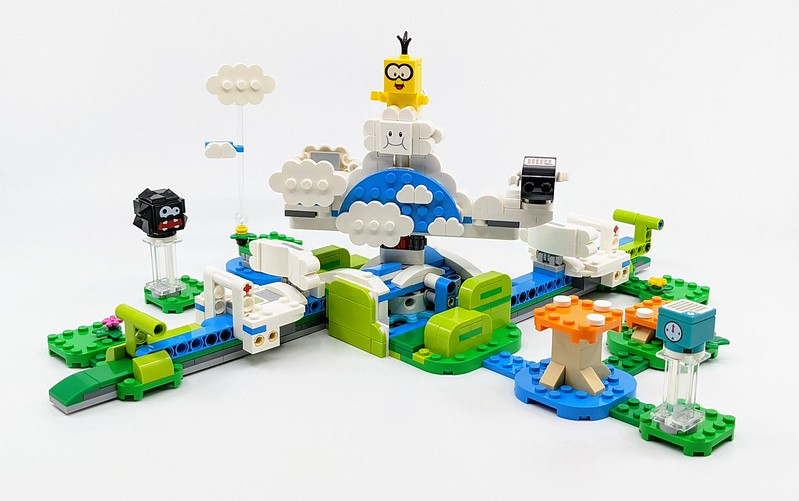 Lakitu is a cloud-dwelling Koopas that act as both friend and foe. They first appeared in the very first Mario game, where they chucked spiky shells at you. Since then they started races, acted as cameramen and refereed numerous sporting events. No matter what they are up to, the Lakitu are always in the clouds, which is the inspiration for this set. 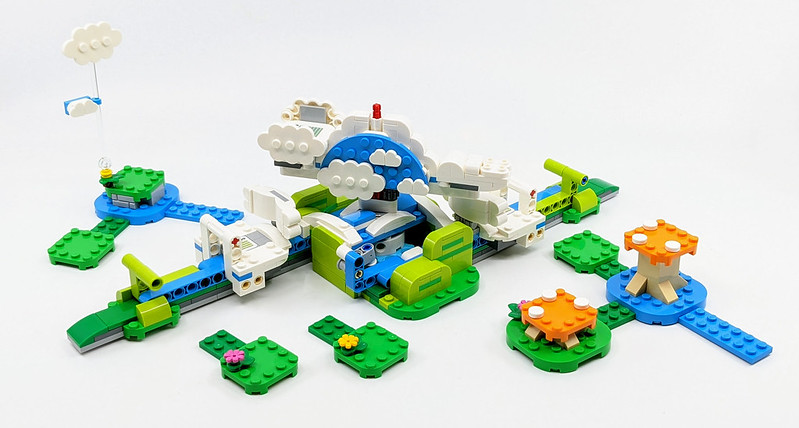 It has a central section with two strips extended on either side. Sitting within the central section is a splat gear, which spins another section that sits upon the gear. Those two extended strips, each feature a platform, which sits in a track. Pulling these bits causes the splat gear to turn. Depending on how harshly you pull it, will see the central section rotate a certain amount. Time it right and Mario or Luigi, will not be taken out by the flying Bullet Bill. There’s one of these pullable platforms on each side, allowing for two-player action, but works fine with just one of the interactive characters sitting in them. There’s also an additional platform on the spinning section, however, there are no studs to connect to here so Mario or Luigi can and will easily fall, as it turns. 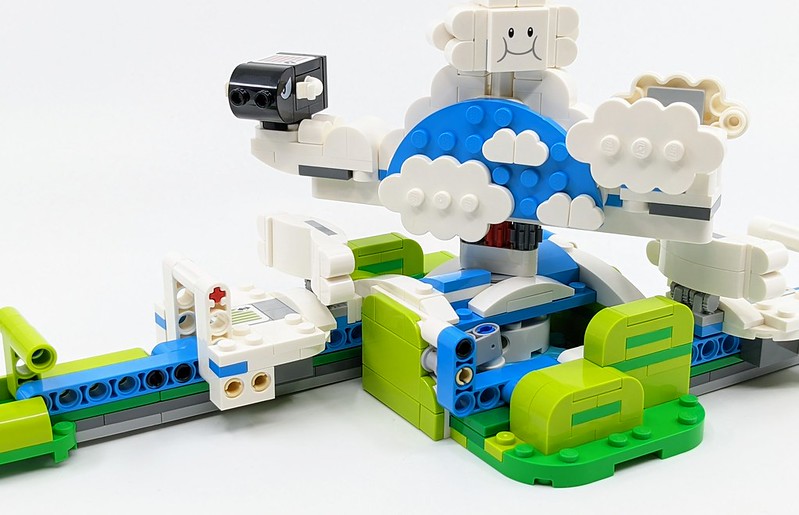 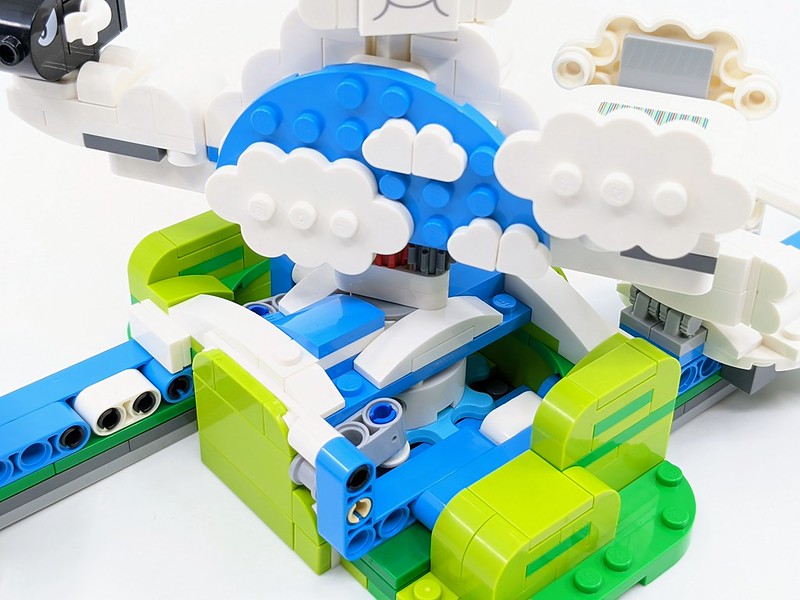 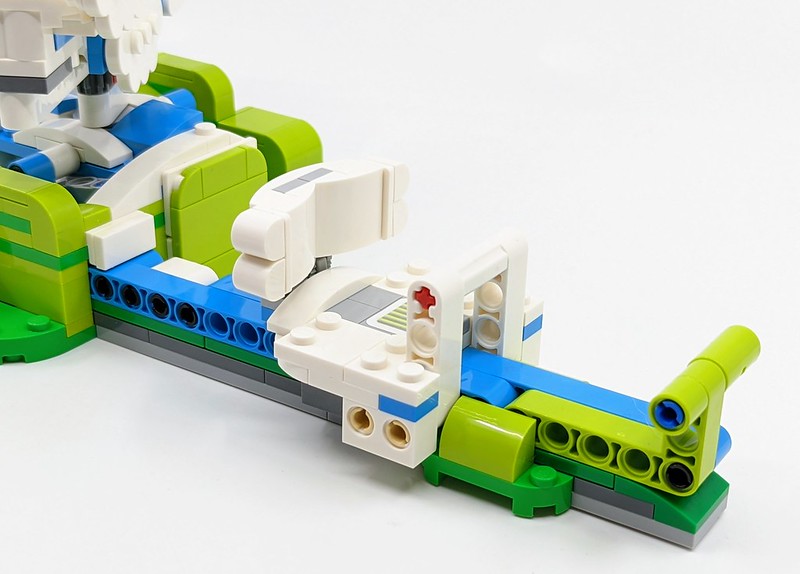 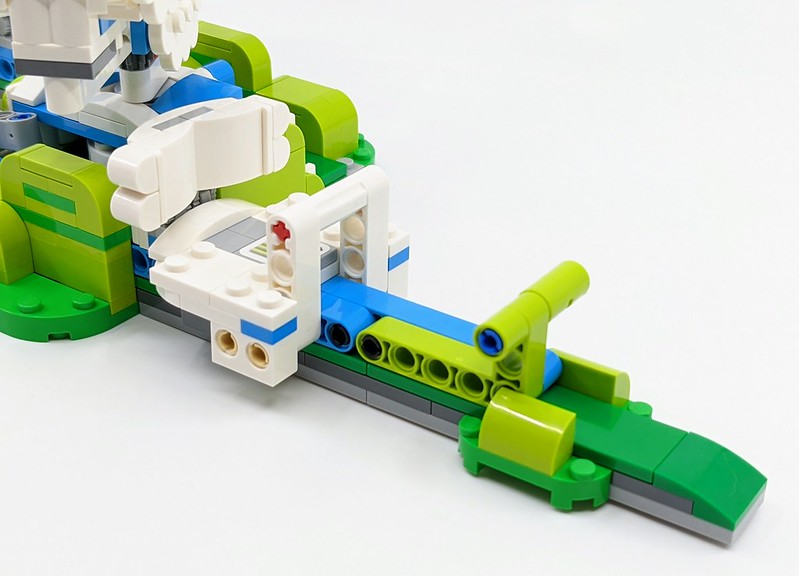 There are three buildable characters included in the set. Both Fuzzy and Bullet Bill have appeared in previous sets, but Lakitu makes their first LEGO appearance. It’s a simple build compared to some other characters but perfectly recreates its appearance., I particularly love the little cloud build. 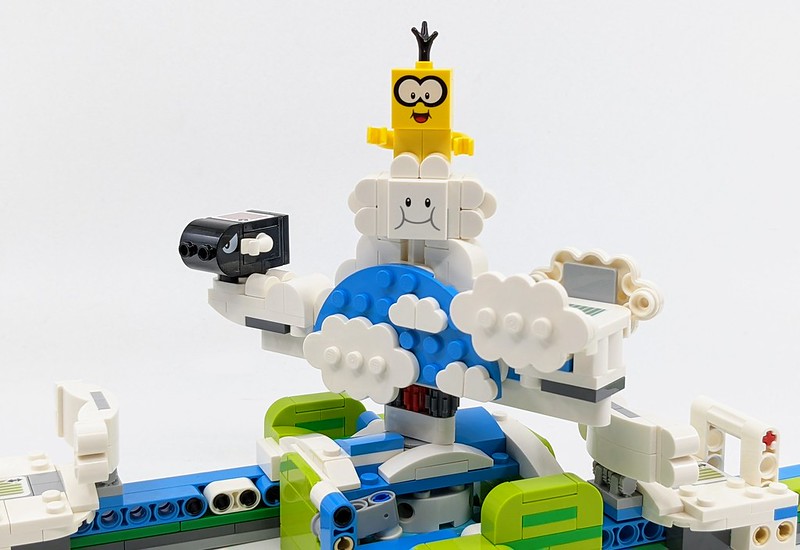 As well as the expansion sets acting as fun play elements to incorporate into larger course builds, they include various Action Bricks. These feature unique scannable pre-applied stickers, which can be read by LEGO Mario or Luigi, to unlock powers, time or coins. There are seven Action Bricks in the set and they can be found on Lakitu’s cloud, the Fuzzy, the Bullet Bill, a Time Block as well as on the central cloud platform and each of the moving tracks. 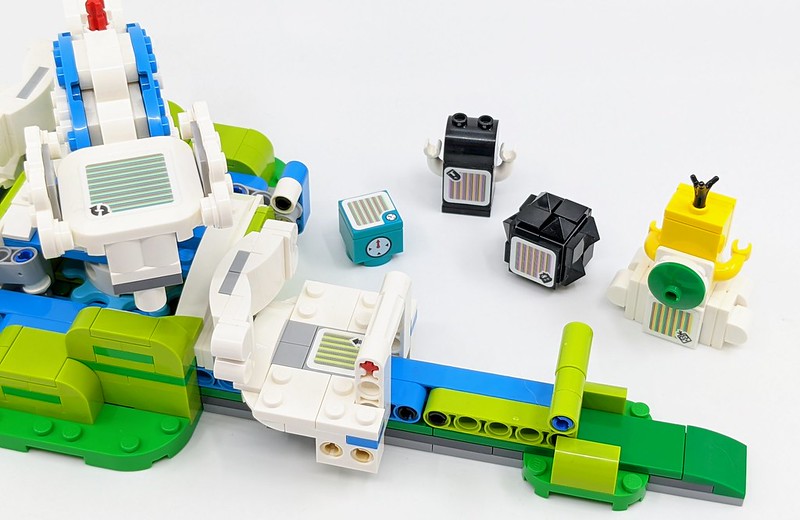 Additional elements include a few platforms, some of which look like the top of toadstools, which are often associated with sky-based levels. These various island plates can be added to the overall set in different combinations, which allows for plenty of customisation when adding other LEGO Super Mario sets. To be fair the action element of the set is a little tricky to explain so check out how the expansion works in this handy video. I like that these new expansion sets continue to offer something new yet familiar enough to easily connect to past Mario sets. I understand some don’t like the route taken with the Mario sets, but they are a clever way to bring the game to life. 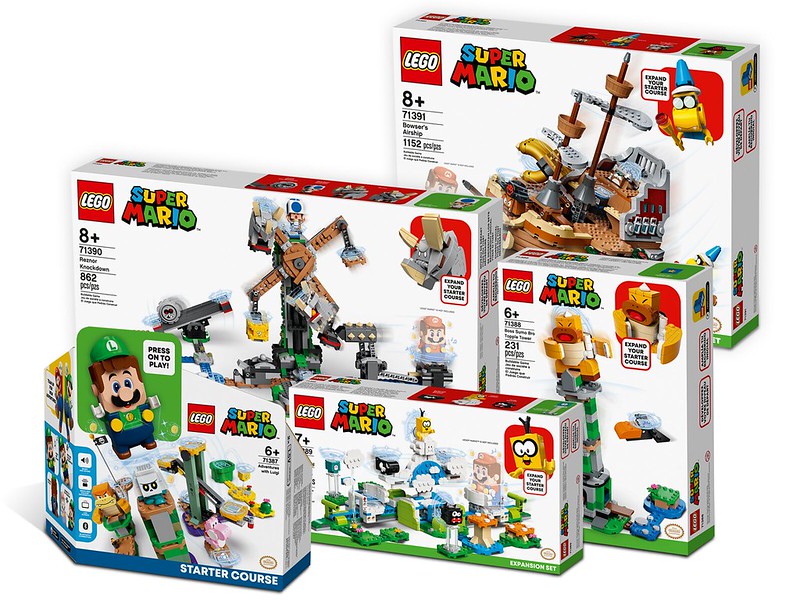 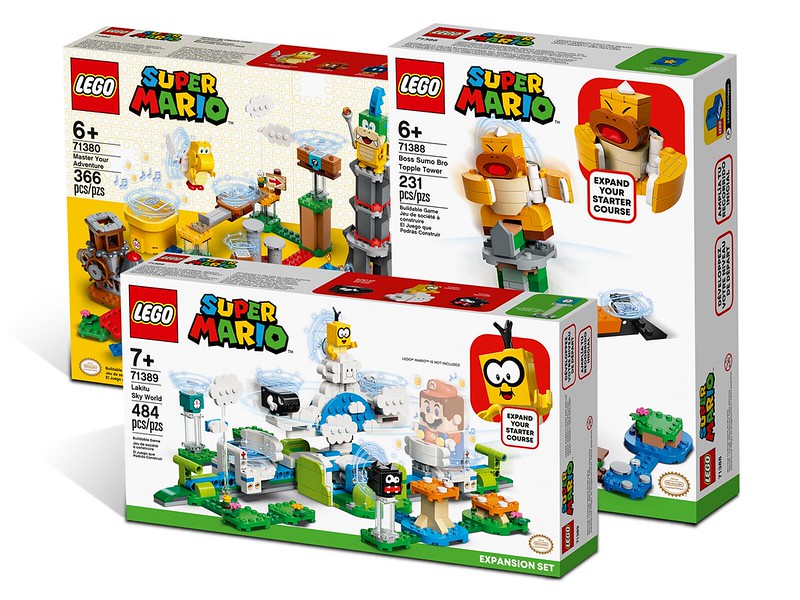