This October the world of Avatar joins the ever-increasing line-up of sets based on blockbuster movies. As well as a number of playsets based in the alien world of Pandora, there will also be a special LEGO BrickHeadz pack. The set features former marine Jake Sully and his Na’vi Avatar, styled as BrickHeadz characters. The set will be available from October 1st, but here’s an early look at both characters in my review of the Jake Sully & his Avatar BrickHeadz Double Pack, the inspiration for the 180th and 181st BrickHeadz characters. 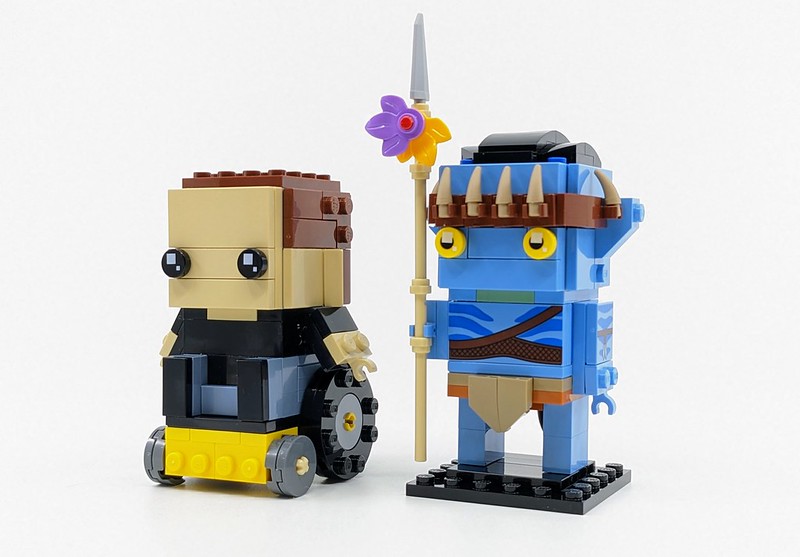 Fans of LEGO® BrickHeadz™ and Avatar film enthusiasts will love this Jake Sully & his Avatar (40554) set, depicting Jake in his human form, with an attachable wheelchair, and as an Avatar with his Na’vi spear. Both character versions are presented on sturdy baseplates, so they’re perfect for play and for display. Collectors of LEGO BrickHeadz sets can also have fun combining models to create crazy hybrid characters of their own. 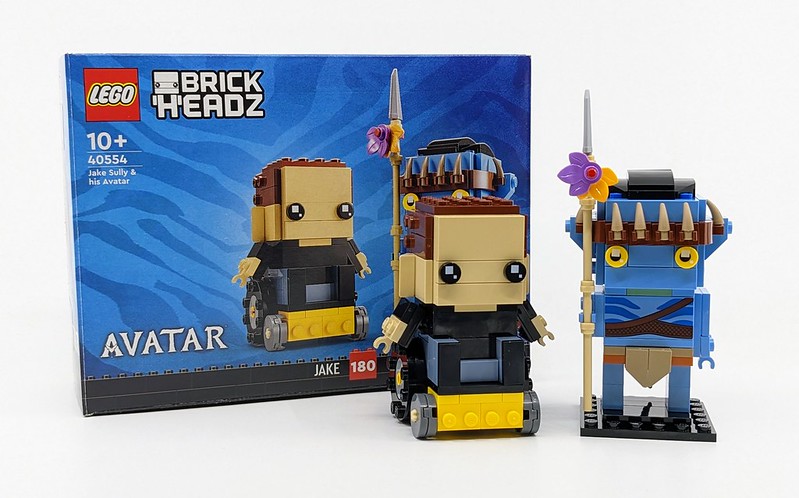 It seems an age since Avatar was all the rage, in fact, it was back in 2019 that the James Cameron-directed movie lead the 3D movie revolution. At the time it was the first movie to make over $2 billion at the box office. Unsurprisingly, its success has led to sequels, the first of which will be released this November. It will be followed by three planned follow-ups. So Avatar isn’t going away anytime soon. The Avatar movie franchise is now under the Walt Disney banner, following Disney’s purchase of 20th Century Studios. So it’s unsurprising that there would be Avatar sets. 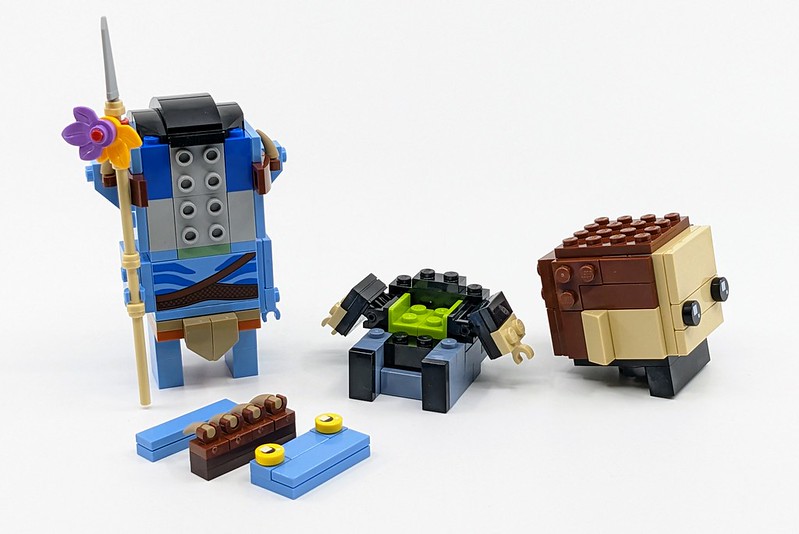 The basis of almost every single BrickHeadz set is the same. A cubic core of bricks, with the outer details helping to create the character. That’s partly the case for these two new characters, although this set does offer something unique for a BrickHeadz, the first seated character. Jake Sully is an ex-marine who was injured and became a wheelchair user. In order to achieve the sitting position of Jake, the build of the body is a little different to other BrickHeadz In his human form, Jake’s BrickHeadz is quite plain, it’s the inclusion of his wheelchair that ties the character to its on-screen counterpart. The wheelchair is a simple build and acts as the base of the character in place of the usual black base plate. 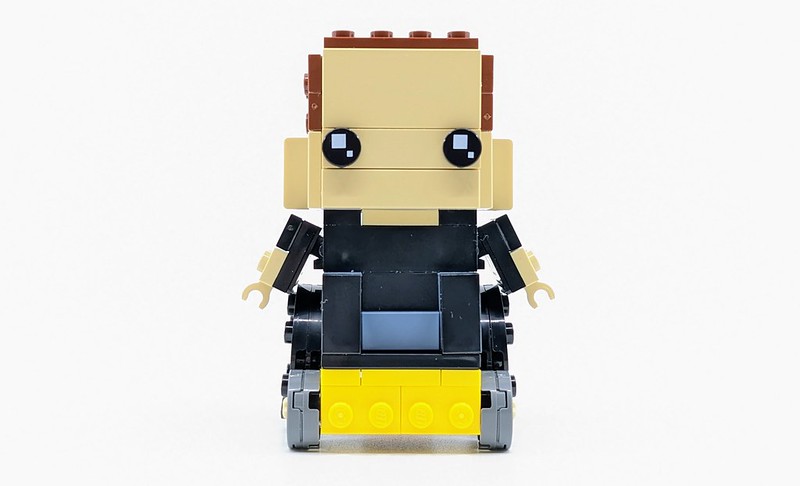 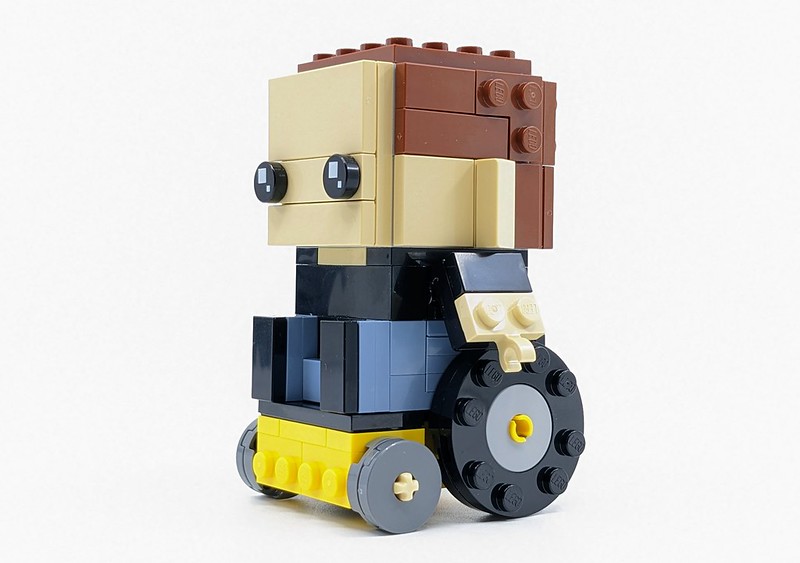 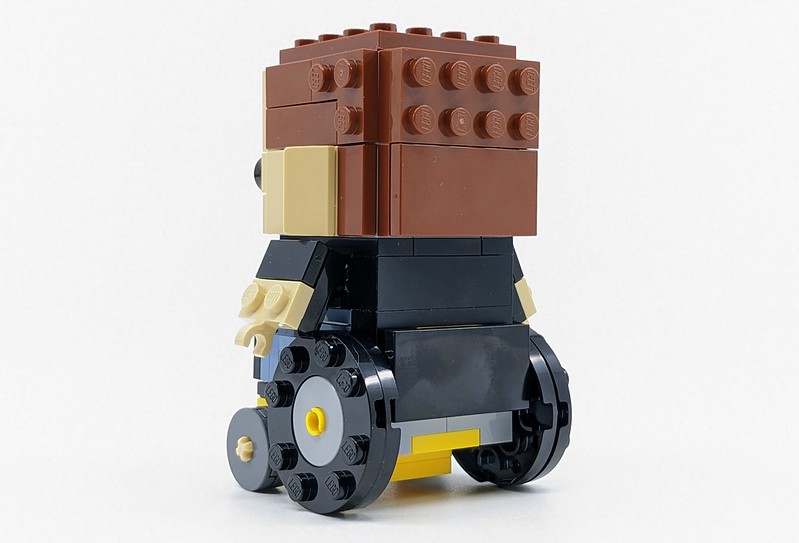 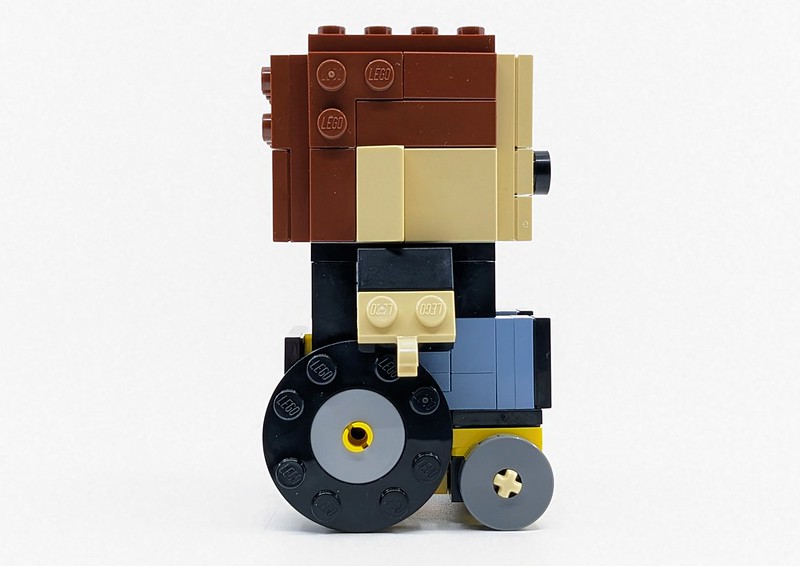 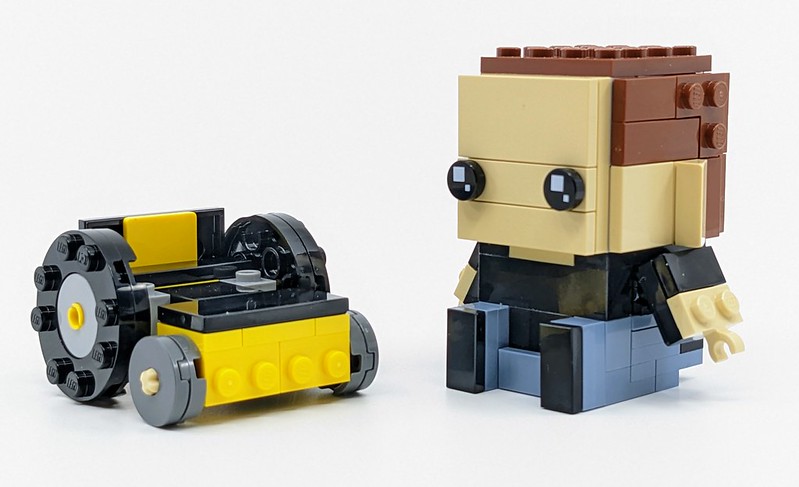 In the world of Avatar, humans can inhabit the body of an Avatar, which are styled after the natives of Pandora. The Na’vi have a unique appearance, which is a humanoid blue-skinned creature. The BrickHeadz version of Jake’s Avatar is more similar to previous BrickHeadz characters. It does have longer legs to represent the taller stature of the Na’vi. The detail on the body of the Avatar is achieved through a mixture of part use, such as the headdress and printed elements featured on the arms and chest section. The Avatar also has a unique version of the classic eyes used on almost every BrickHeadz character since the very beginning. 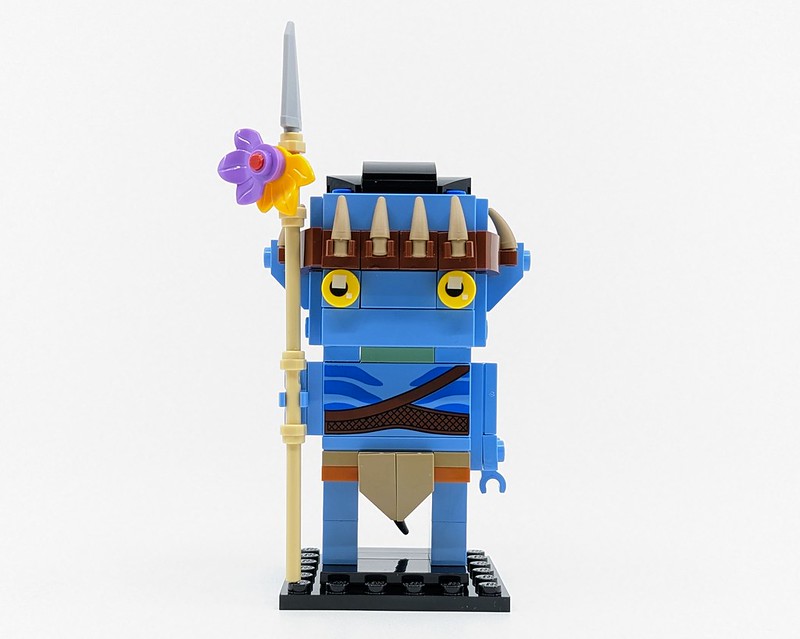 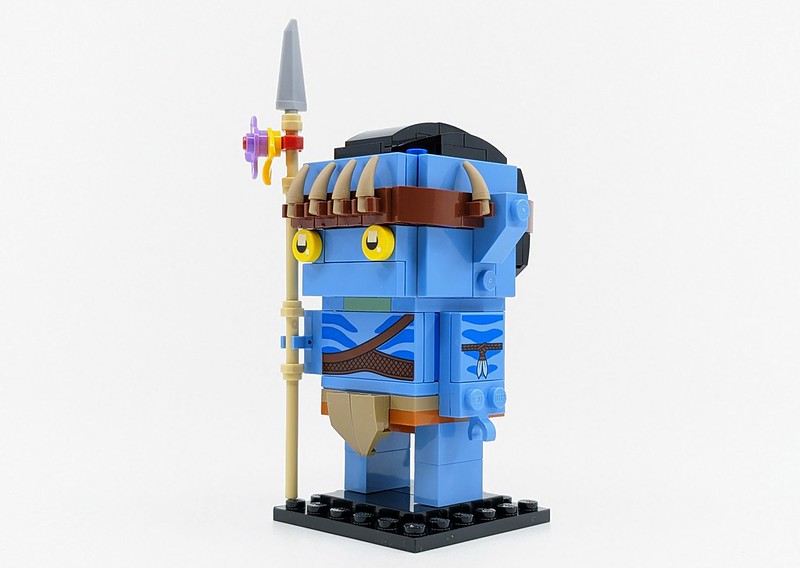 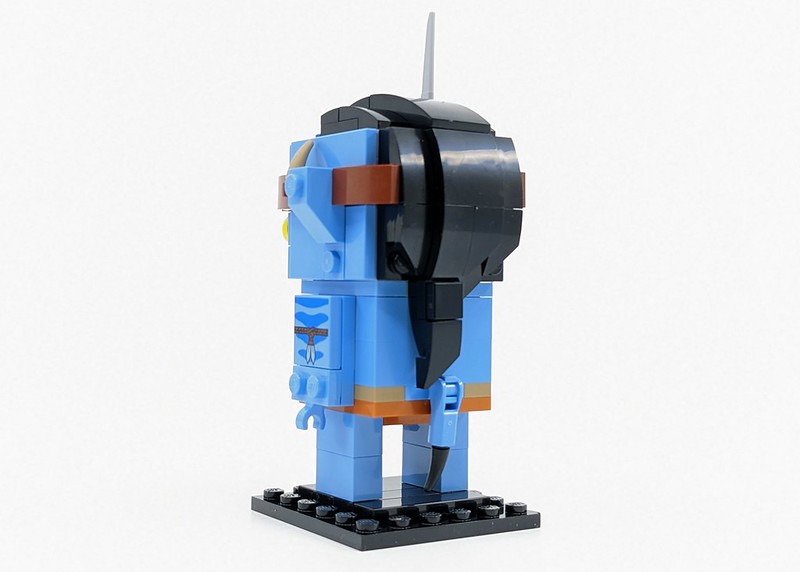 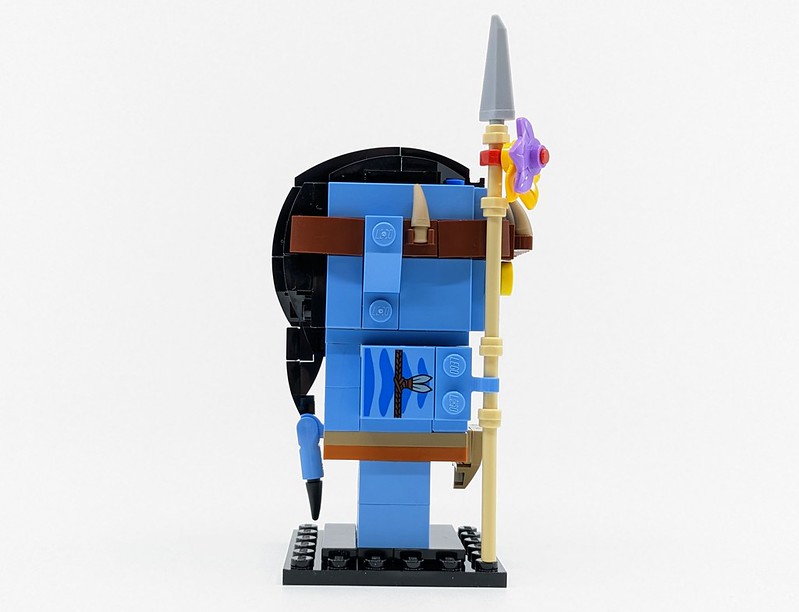 It’s nice to see the BrickHeadz range continue to expand and include new IPs. This set offers very little more than every other BrickHeadz set but it does nicely capture the two versions of the character. The character of Jake is a little boring but I like that the standard design has been tweaked to accommodate his use of a wheelchair. The Avatar character is visually more exciting, so together they balance the set out nicely. 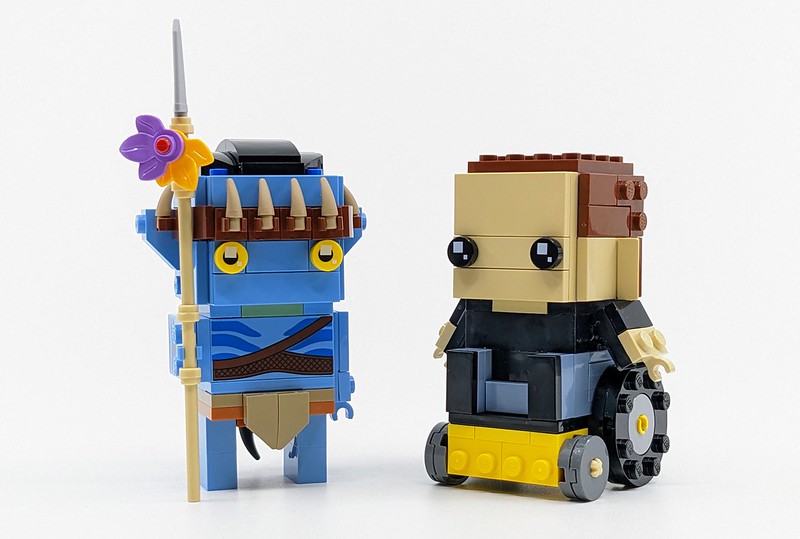