As long as the LEGO Group has been celebrating Star Wars Day, they have also been creating unique promotional sets. As May the 4th nears, this year’s Star Wars Day LEGO® GWP will mark a departure from the recent run of mini dioramas and see a return of unusual Minifigure characters. As previously revealed the 2022 Star Wars Day set is the Lars Family Homestead Kitchen and is inspired by A New Hope. It also indirectly ties into the upcoming Disney+ series, Obi-Wan Kenobi. It also marks the first time Aunt Beru has been portrayed in minifigure-form. Ahead is its availability this weekend, here’s a closer look at the 40531: Lars Family Homestead Kitchen. 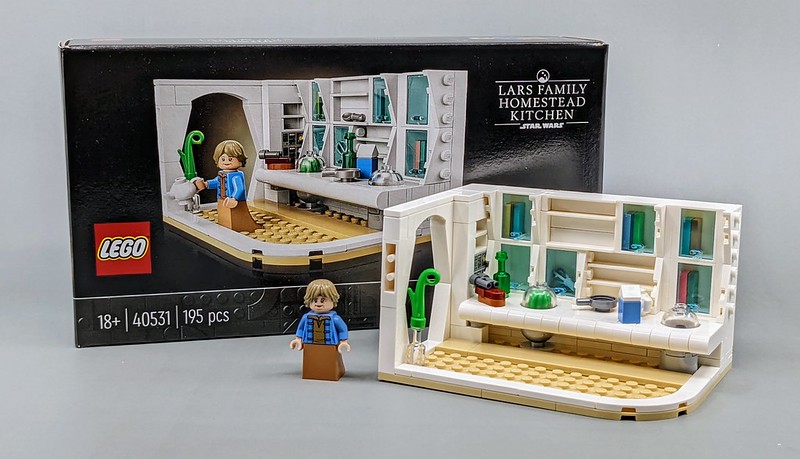 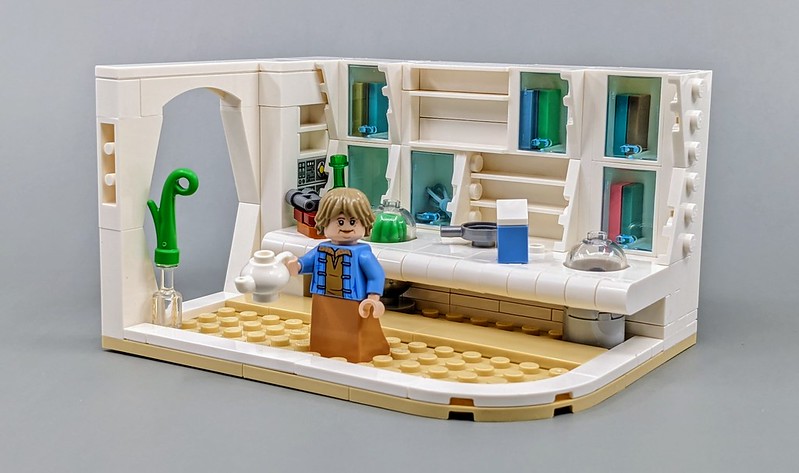 To mark Star Wars Day, the LEGO Group have created a number of celebratory products and sets. These began as unique minifigures of characters you wouldn’t normally find in sets. There’s also been buildable mini Droids, Polybags and for the last couple of years, simplistic mini dioramas inspired by key moments from the films. For this year’s offering something new has been introduced, which sort of blends aspects of past promotional sets as well as incorporating the direction the LEGO Star Wars theme is heading. 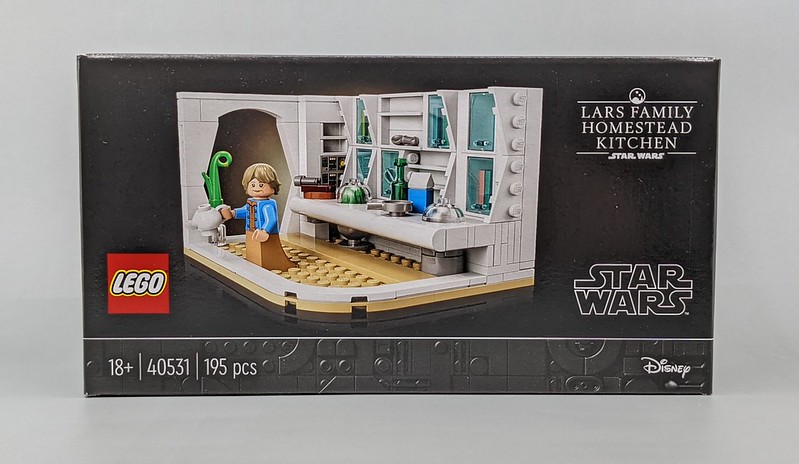 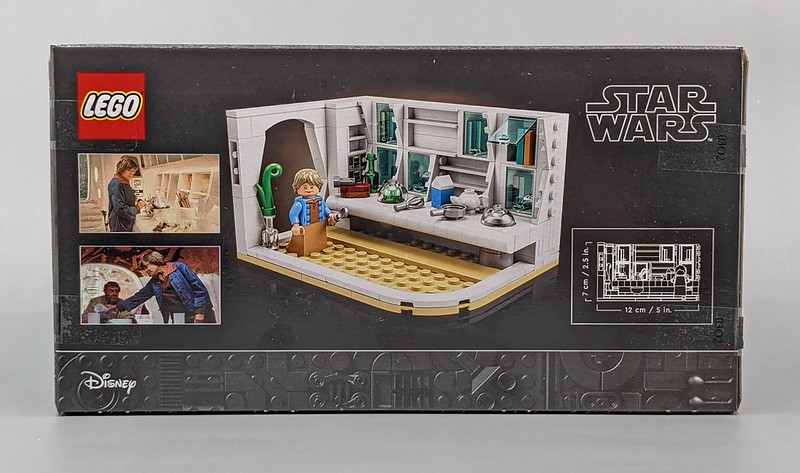 When we first meet Luke Skywalker, he’s on an intergalactic farm helping his Aunt and Uncle farm moisture on the desert planet of Tatooine. A key scene takes place in the kitchen as we learn there is more to this farmboy than we first thought. The set is inspired more by the location than its importance to the story. So its design is more speculative than a direct 1:1 recreation. Its appearance is similar to the Death Troopers Attack set, so it skews more towards a display piece than a playset. The original film set was built on location in Tunisia and was built into the walls of the Homestead’s sunken dwellings. The era in which the film was released also helped to shape the aesthetics of the kitchen. Both these aspects are found in the set, with the white walls matching the white sandstone interiors of the Berber-style building and the transparent blue pieces giving the area an odd retro-futuristic style. 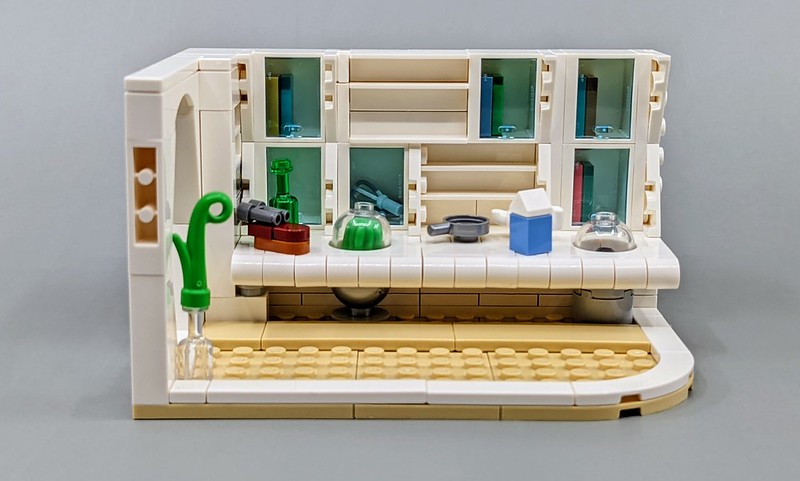 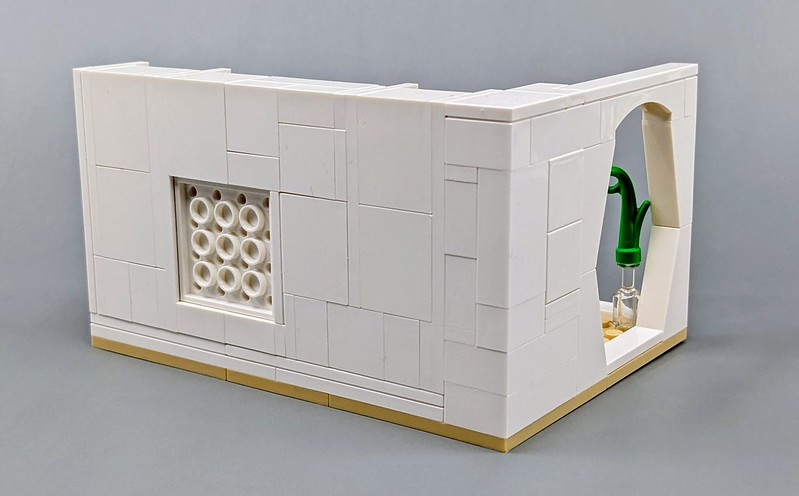 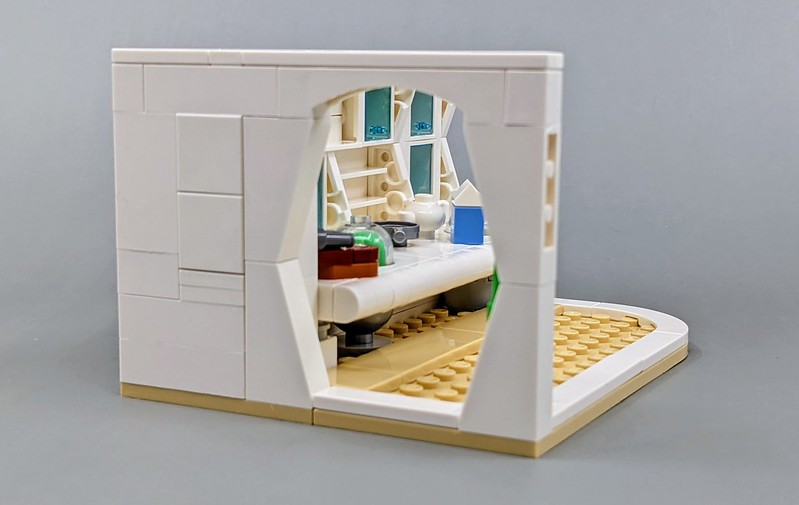 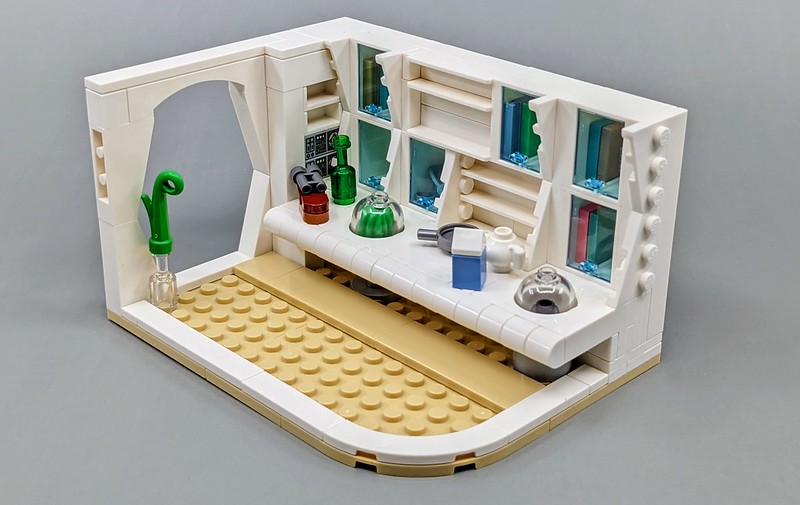 The kitchen is kitted out with various little bits and bobs, including utensils, pots, pans and of course some blue milk. However, it’s a blank 1×1 light blue brick! Why the printed piece included with the Blue Milk Luke Skywalker hasn’t been used is unbelievable, even the classic ‘cow’ milk piece or a sticker would have been acceptable. There’s also a tiny version of the Landspeeder, which ties nicely to the upcoming UCS set. 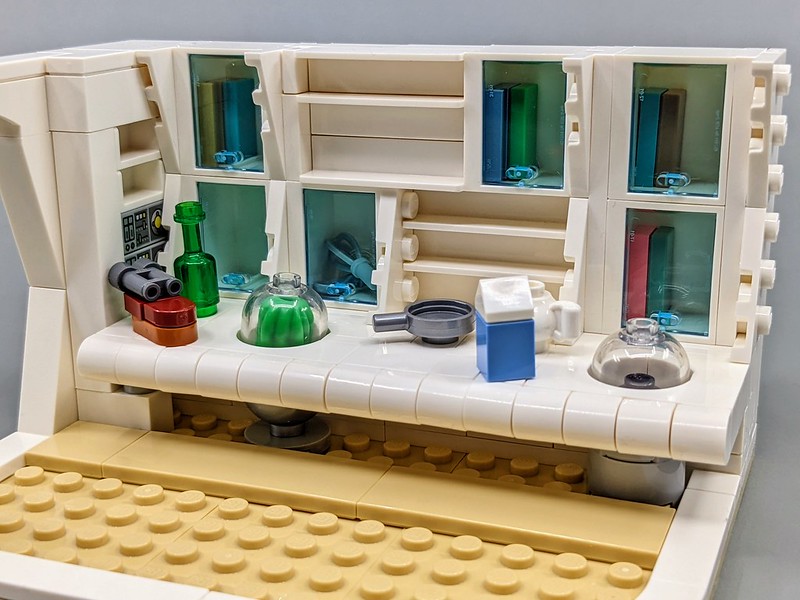 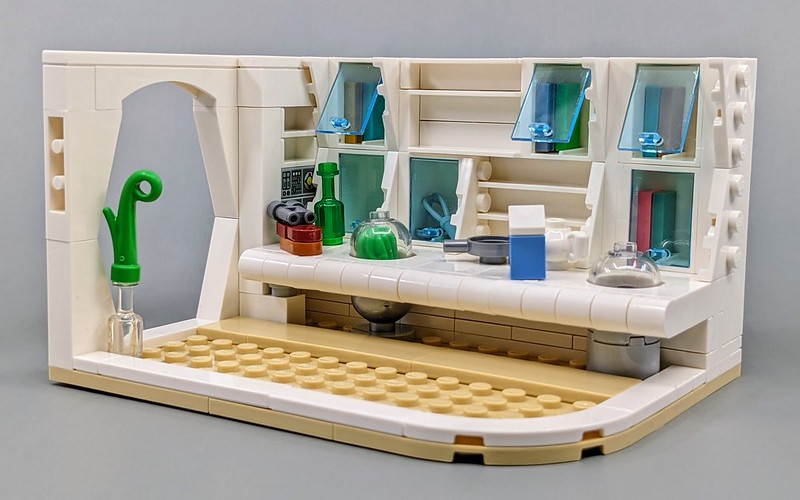 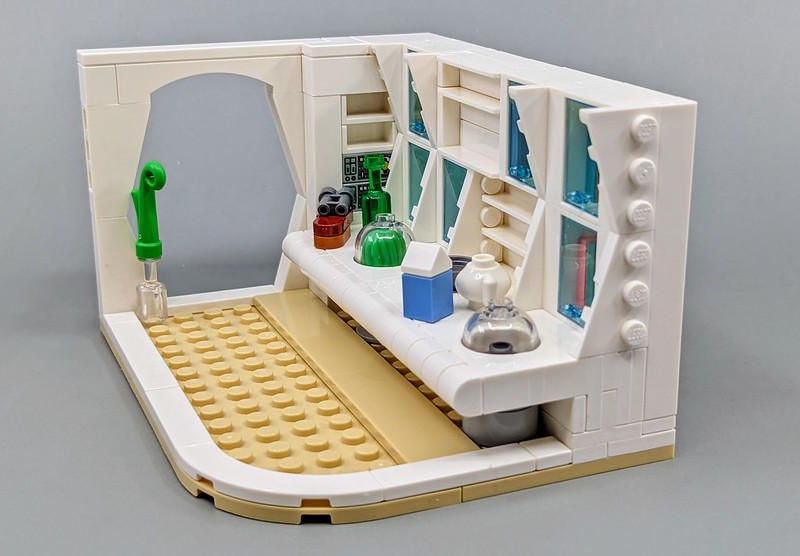 With over 20 years of LEGO Star Wars sets, many characters have appeared in LEGO form, but there are many yet to become minifigures. Surprisingly, that list includes Aunt Beru. Her husband has been included in the two larger Sandcrawler sets but this set marks her very first LEGO appearance. In all honesty, it’s not a great minifigure, the face doesn’t fit the characters. This might be because Aunt Beru uses a couple of elements previously used in other sets, with both the head and skirt found in the Harry Potter theme. But the fact this offers the characters first inclusion in a LEGO set will certainly make it more appealing. 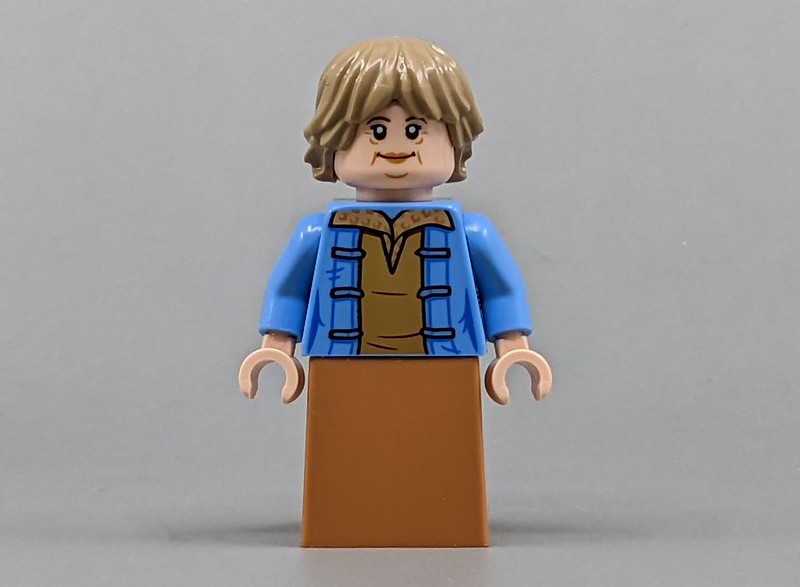 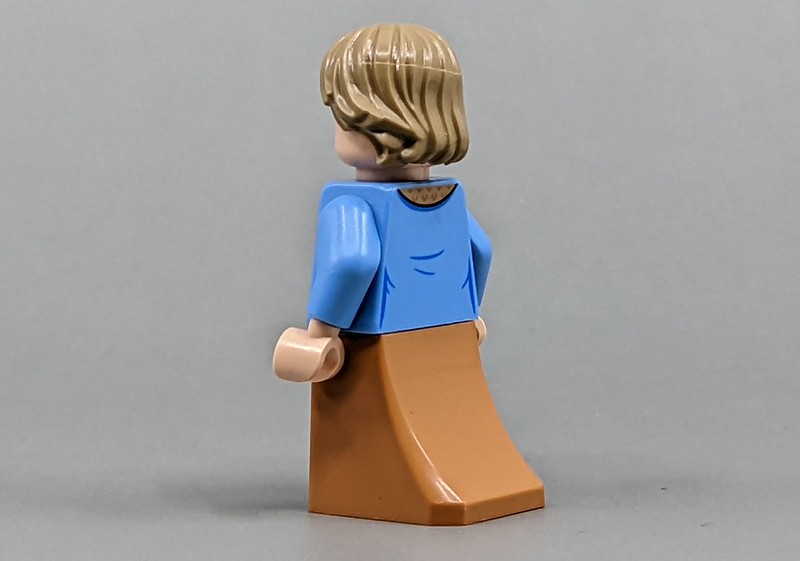 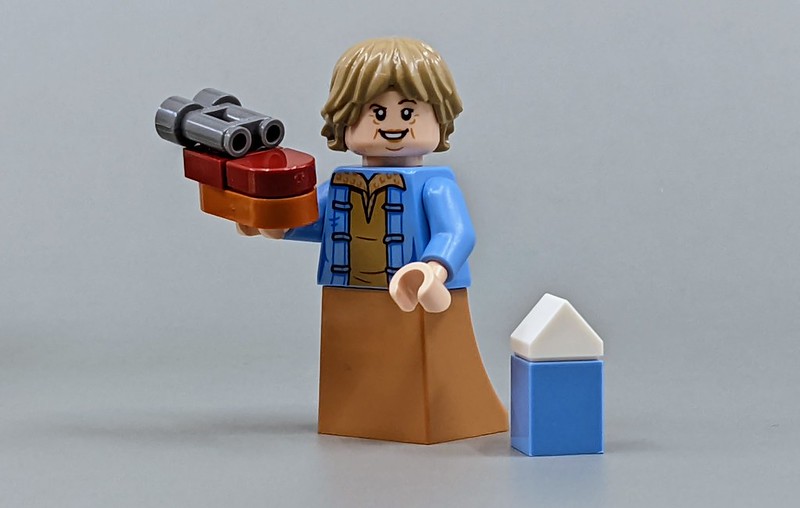 The Lars Homestead may not be as exciting as some locations from the Star Wars saga, but it’s not often featured in the Star Wars sets and never in this scale. The set also has an exclusive minifigure and a character never seen in physical minifigure form before. If you happen to have the Blue Milk Luke Skywalker minifigure from The Skywalker Saga game, this is the perfect place for it to live. It’s a shame Owen Lars is missing as he’s only been in a couple of costly sets. Unfortunately, the spend threshold is a little high unless you are planning on picking up the UCS Landspeeder. Despite that, it’s a nice little set and unique enough to please some fans. The Lars Family Homestead Kitchen will be available during the upcoming May the Fourth promotion. Where it will be free with LEGO Star Wars spends over £160/$160/160€. (PLEASE NOTE Blue Milk Luke Skywalker and Owen Lars minifigures are NOT included with this set) 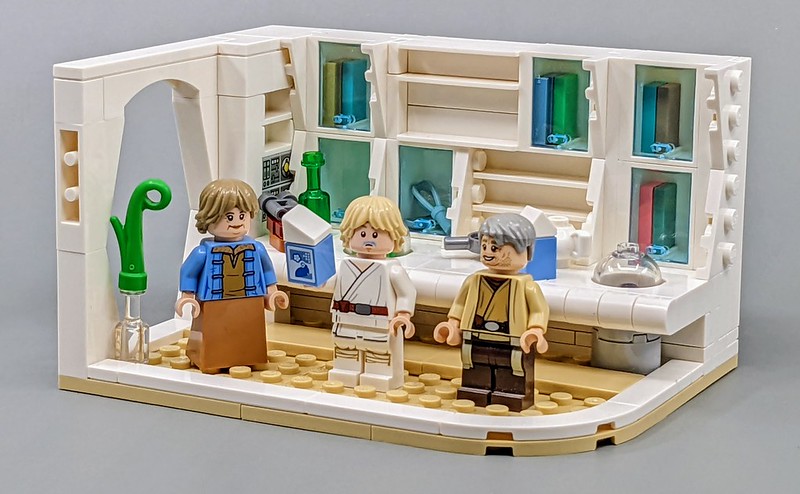 May the Fourth: UKIrelandUSCanadaGermanyDenmarkAustraliaNew Zealand