Unfortunately, I wasn’t one of the chosen few who received the fabled codes for the LEGO® VIP Add-on pack pilot currently running in the UK. But Alan aka Itsabrickthing did receive the code for the first pack which is dubbed Fun & Funky. So over for Al for his thoughts on the first set. 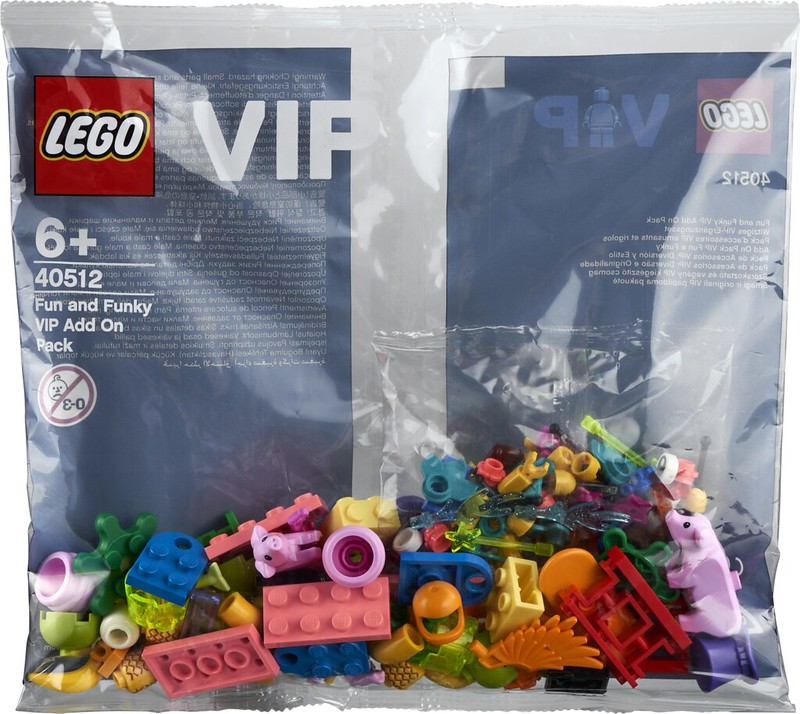 I was lucky enough to be chosen for the new add on packs that have been circulating around LEGO fans recently. I found an email from the LEGO Group saying I had been chosen for a special LEGO VIP project where I would be sent a code for the add on packs every two months when a new pack is released.

I needed to redeem my code when checking out on the LEGO website, so I placed an order for the Dots Dragon bag tag and redeemed my code. However, the process was not as simple as I had thought. I eagerly awaited my parcel of goodies to be delivered. Delivery day came and the order I had placed arrived, but only the Dots bag tag was in the parcel and no sign of the VIP add on pack. I spoke with the helpful LEGO customer service which made me aware that it was a known issue and that they could send out the packs to me.

So I waited again for my delivery to come but sadly the same issue happened. So off I went to LEGO customer service again, the problem was sorted out quickly and easily. And I finally have this lovely bunch of parts in hand! 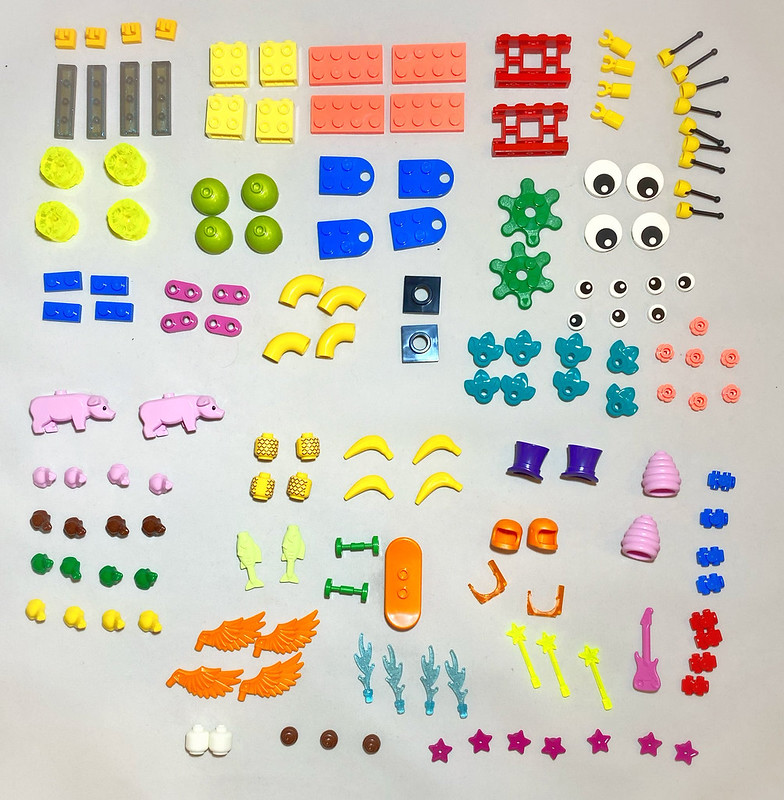 For this part of the VIP Project, this pack is themed ‘Fun & Funky’ and they are just that. I didn’t know what to expect from the bunch of parts in this pack apart from what I had seen on LEGO blogs and promotional images. So I was excited to see exactly what is actually included. I was not disappointed at all, I mean who could be disappointed with LEGO parts!

There is a good variety of useful vibrantly coloured parts, from SNOT bricks, plates to clips. The pack also includes some round printed eye tiles to make some sort of creature with this bunch of parts, but it is important to emphasise this being an add on pack, so it can help build up a LEGO builders box of bricks or to add to other sets. I am particularly loving the colours of these parts as they feel very vibrant and eye-popping. 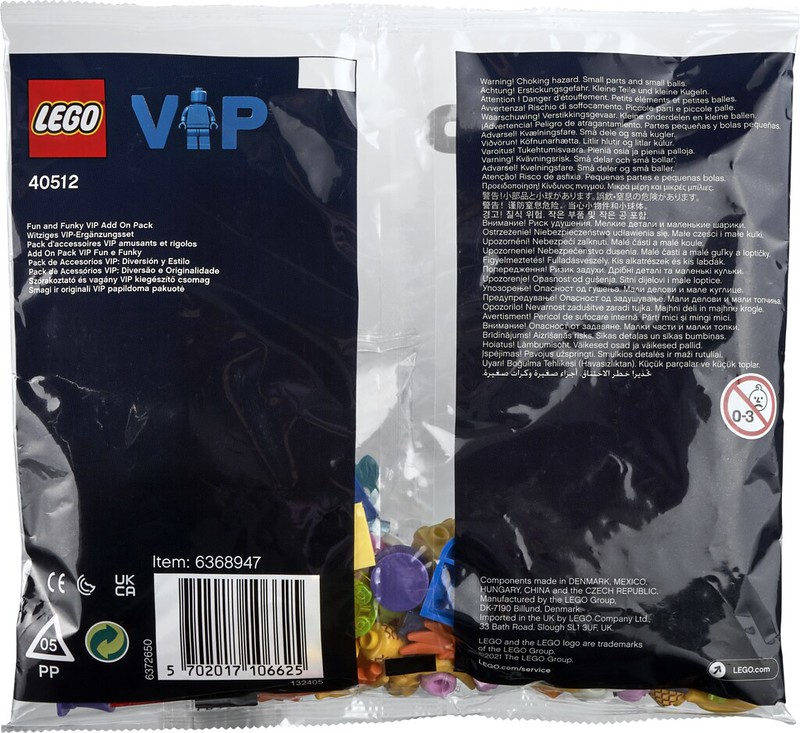 Each part included in the pack has been used to build something small, but there is also a few animals, foods and Minifigure accessories included too. I was very pleased with the two pigs, 16 frogs and the four printed pineapple parts as they aren’t in lots of sets or if they are there is only usually one or two. Unless it’s frogs then you can get a bag of them in the bonsai tree set!

I was surprised with some parts that I wasn’t expecting, there are two unprinted Minifigure heads which glow in the dark and there is also four trans-brown Opal 1×4 tiles (element 6323618) These are very welcomed additions to the pack as they are not very common in LEGO sets.

I am intrigued to see what comes of this VIP project The LEGO Group are trialling, I am hopeful it will lead to small add on packs being available to purchase or redeem on the VIP rewards in future, I have found the Fun and Funky pack to be a lovely addition to my collection of bricks and a great way to acquire some LEGO animals and foods easily.