Whether you grew up glued to the TV watching it during Disney Afternoons or are more familiar with the recent reboot, DuckTales has been enjoyed by multiple generations. Now those tales of daring are the inspiration for another new LEGO® BrickHeadz set. Duckburg’s most adventurous trillionaire, Scrooge McDuck and his nephew’s Huey, Dewey and Louie have been transformed into BrickHeadz. In a similar fashion to the recently revealed Harry Potter BrickHeadz sets, this new pack includes multiple characters but is it worth adding to your collection? Let’s solve that mystery, rewrite history and take a look at the DuckTales BrickHeadz, whoo-oo. 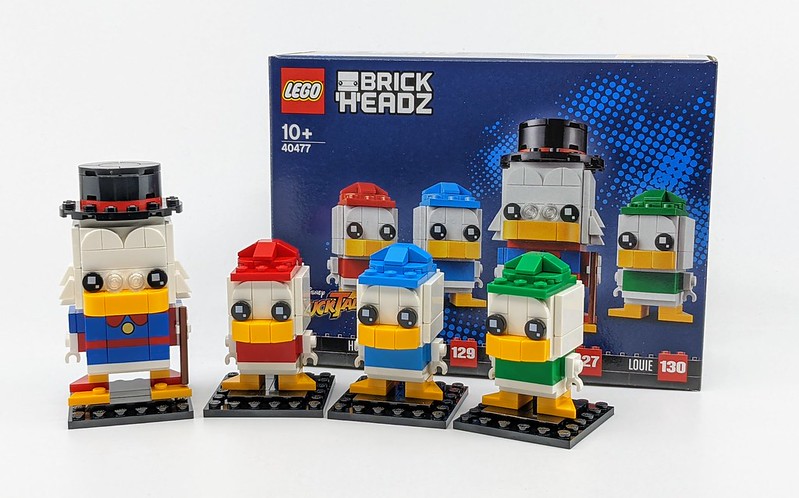 Disney BrickHeadz has been some of the most popular after classic characters like Mickey, Minnie, Goofy and Donald, the latest inspiration comes via a much-loved Disney TV classic and a series so good it was rebooted in 2017. DuckTales follows the adventures of Scrooge McDuck and his nephews, all of whom are featured in this set. Scrooge follows the familiar format of a BrickHeadz, whilst his nephews employ the smaller size.

I won’t bore you with the finer details of the build, if you have built any other BrickHeadz set, then you’ll be familiar with the inner core of the build. It’s the details built on top of this which are most important. Scrooge is known for his fancy dinner jacket and top hat, both of which are nicely captured by the character. One thing I was surprised at, is how his glasses have been achieved. A simple stack of transparent 1×1 studs is used in place of print detail, which I think is the better choice for the character. 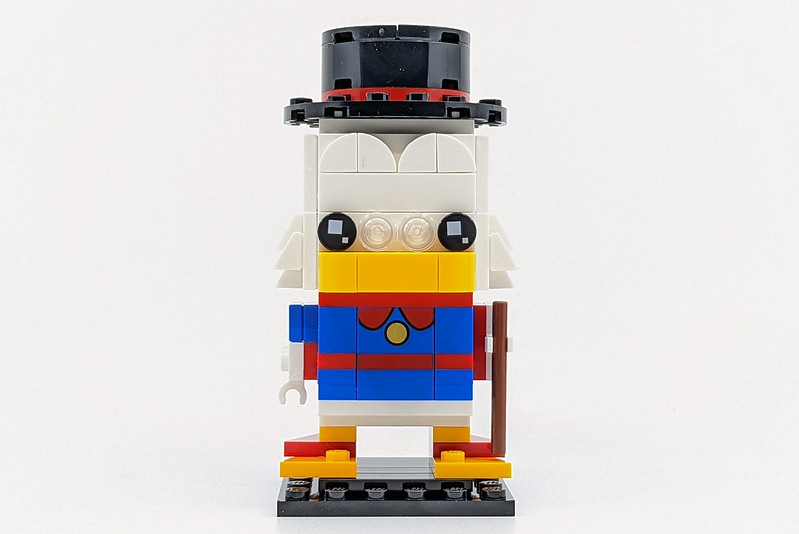 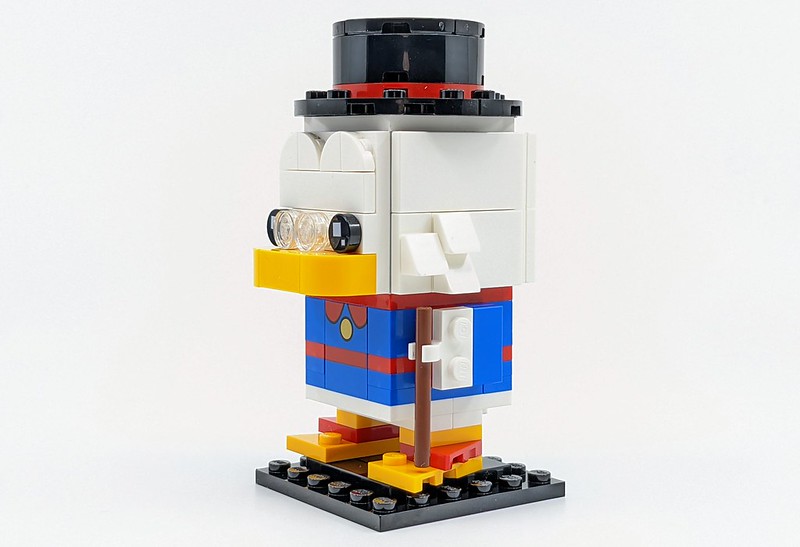 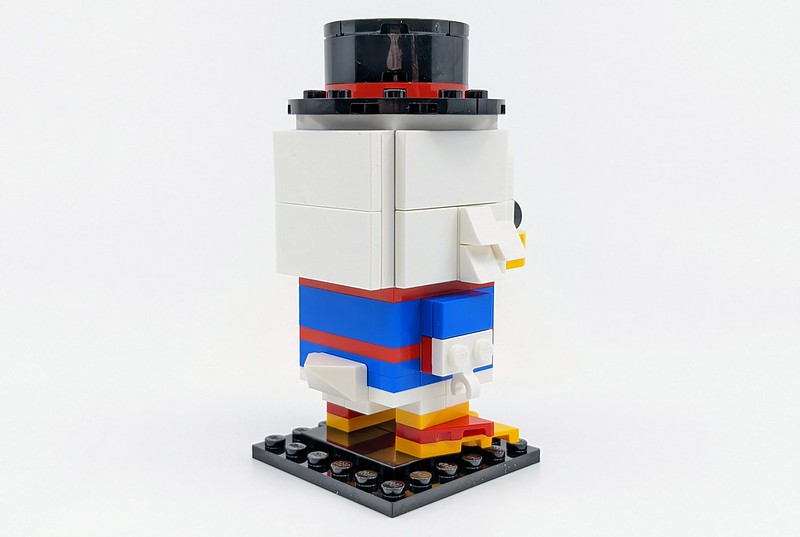 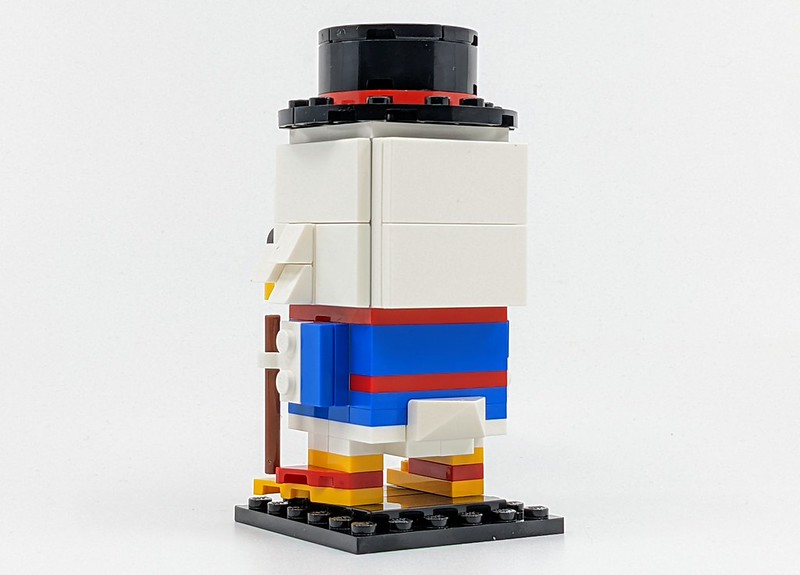 The rest of the set is focused on Uncle Scrooge’s trio of nephews. These are built in the smaller format which has become more prevalent in recent sets. Huey, Dewey and Louie are all built in exactly the same way, the only difference between them all is the colour of shirts and hats. The smaller size build is perfect for the characters, especially when combined with Scrooge and other Disney BrickHeadz. It’s a shame they don’t each have an accessory, just to add a little individuality to them, in a similar fashion to the Minifigures.

DuckTales is a unique property to base BrickHeadz characters on. Most older LEGO fans will have grown up with the original series and an all-new generation will have been able to enjoy the rebooted series. Even though the rebooted series has come to an end, now there’s Disney+ anyone can experience both versions of DuckTales whenever they want. The possibility of more Disney BrickHeadz is endless. Interestingly the artwork on the box is from the original TV series for a blast of nostalgia for LEGO fans of a certain age. 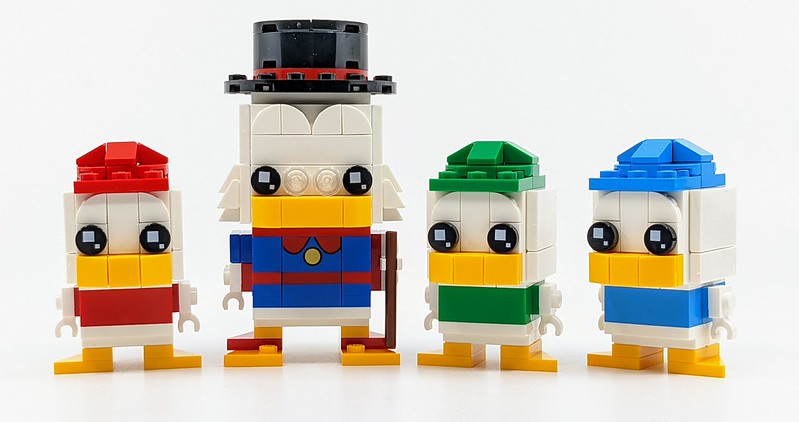 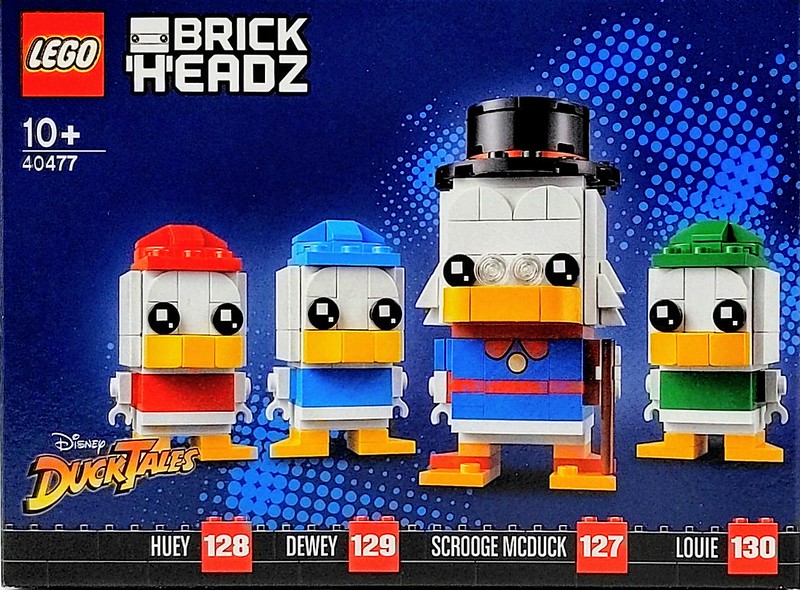