Later this month a new limited-edition LEGO® set will be given away with selected purchases. This Easter-themed set follows a long tradition of seasonal sets, based on key holidays. For the next gift with purchase set, you’ll get to build an Easter Egg, which houses a couple of little LEGO surprises. Although the promotion doesn’t start until March 23rd, I’ve had the opportunity to build one ahead of its release. So here’s my review of the 2020 Limited Edition Easter set, 40371: Easter Egg. 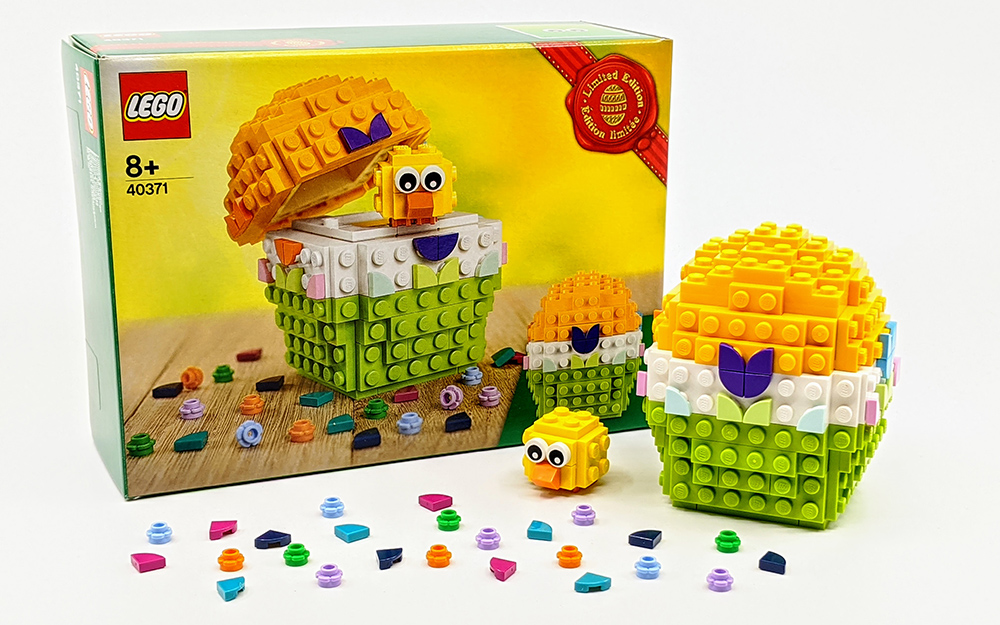 Although there have been a number of Easter-themed sets released over the years, there hasn’t really been any eggs, well beyond a couple of in-store builds. So the promotional set for this year is fairly unique. The Easter Egg is built in three separate sections, the base, which features a small tray section. A smaller centre section, which also features a small gapped area and the top. Each section is a different colour, with the base being lighter green, the mid-section white and the top yellow. The mid and top section are both decorated with various 1×1 quarter tile elements. Some of these match up to create a nice flower-like pattern. 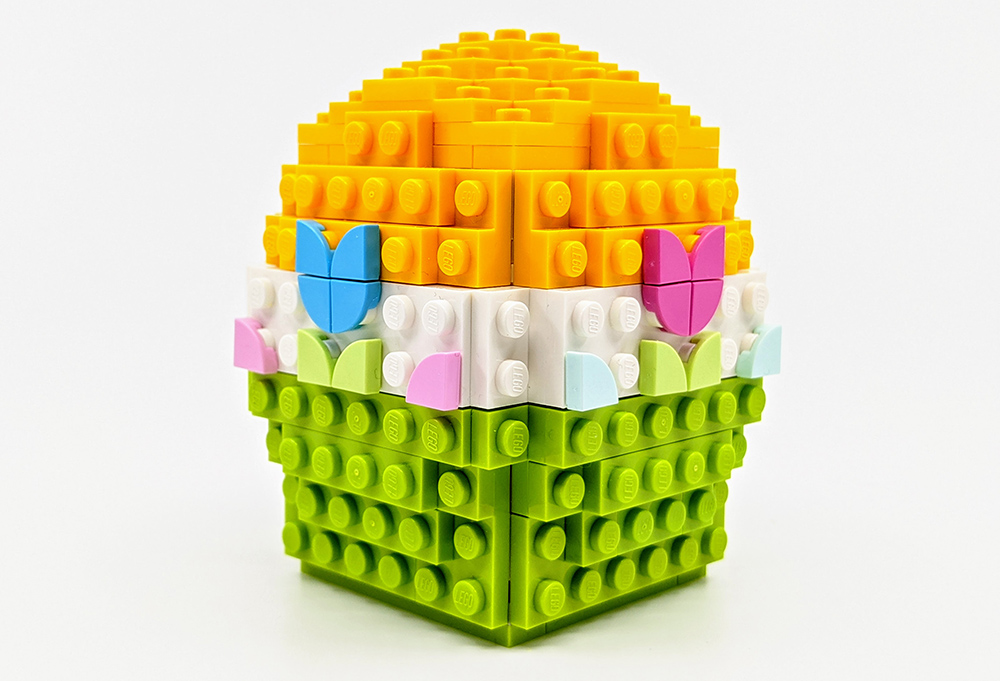 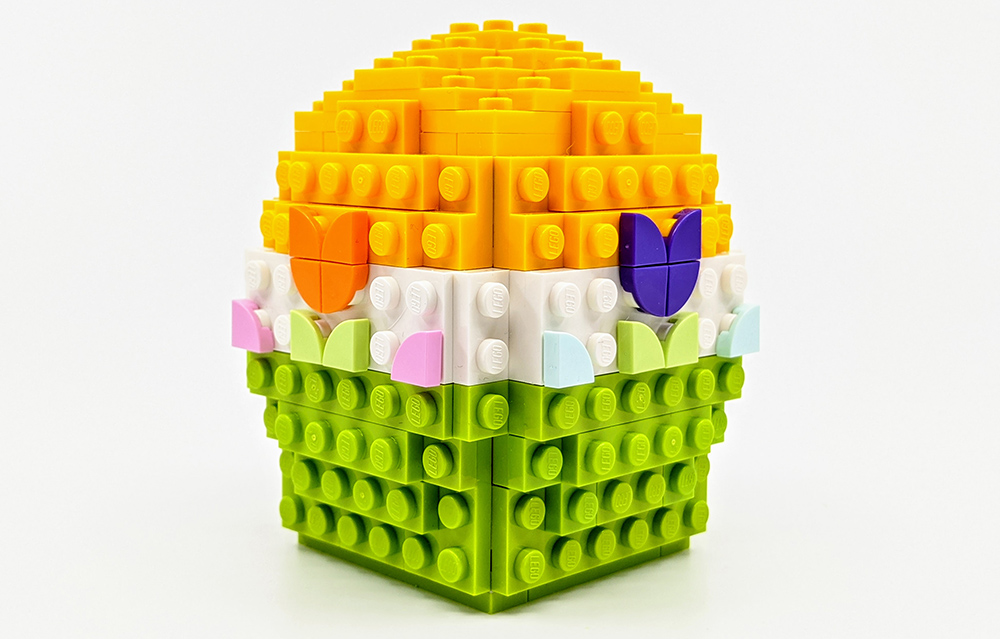 It’s not easier to create curved structures with LEGO bricks, especially with smaller scale builds, so the egg does love a little blocky, however the overall shape and colour-scheme results in a family oval looking Easter Egg. As each section of the egg is built separately from each other, they need to be connected together to form the egg. So the base and the centre sections both have lips which slot into the next section of the egg and there is a couple of jumper plates to offer a little clutch power. But the egg is;t just built into sections to offer different colours, they also house a couple of secrets inside, just like many of the chocolate Easter Eggs do. 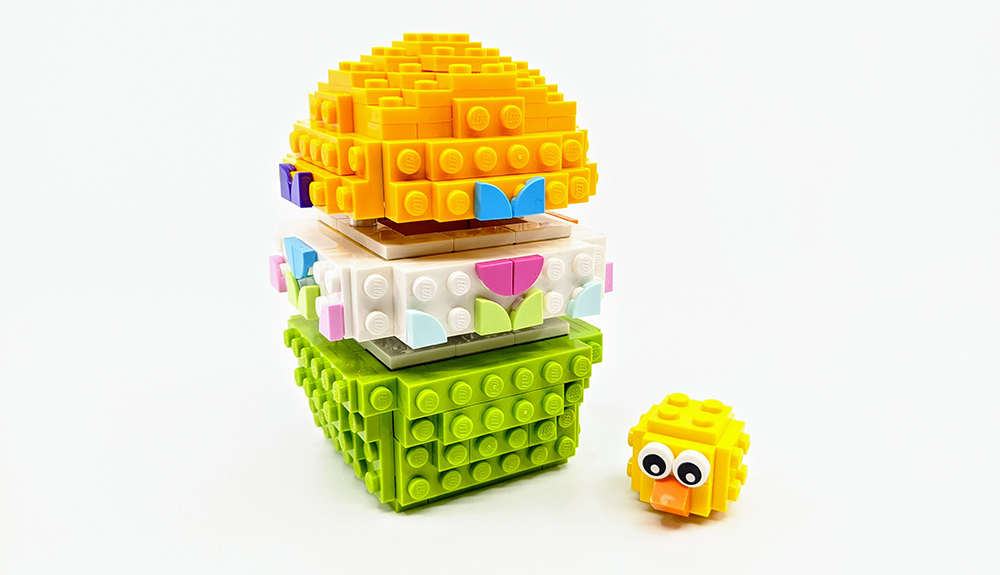 The middle is home to a small square Easter chick. This is only a small build, but you can tell it’s a baby chicken. I love the little orange beak and the clip plate feet. It’s the perfect size to be hidden within the egg and looks cute to boot. But it’s not the only secret to be found within the egg, there are also others to be found in the base of the egg. 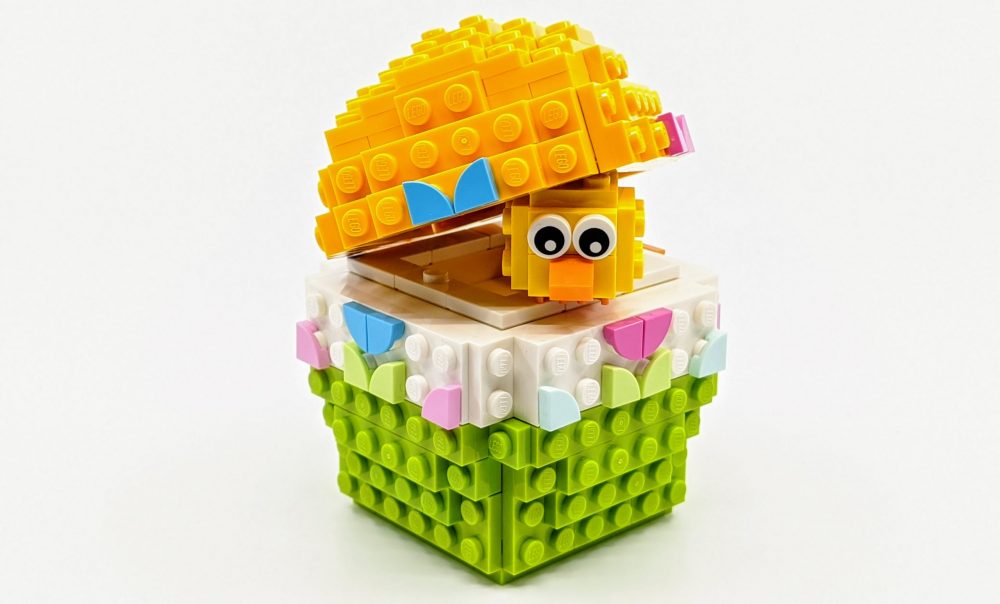 Before Easter Eggs were tasty chocolate treats, people used to decorate real eggs, which is the inspiration for another part of the set. The bottom of the egg contains a number of 1×1 elements, these include 1×1 quarter tiles and flower head elements. There are various colours and the idea is to place them on the outside of the egg. There seems to be a running theme with LEGO sets at the moment, using 1×1 elements. 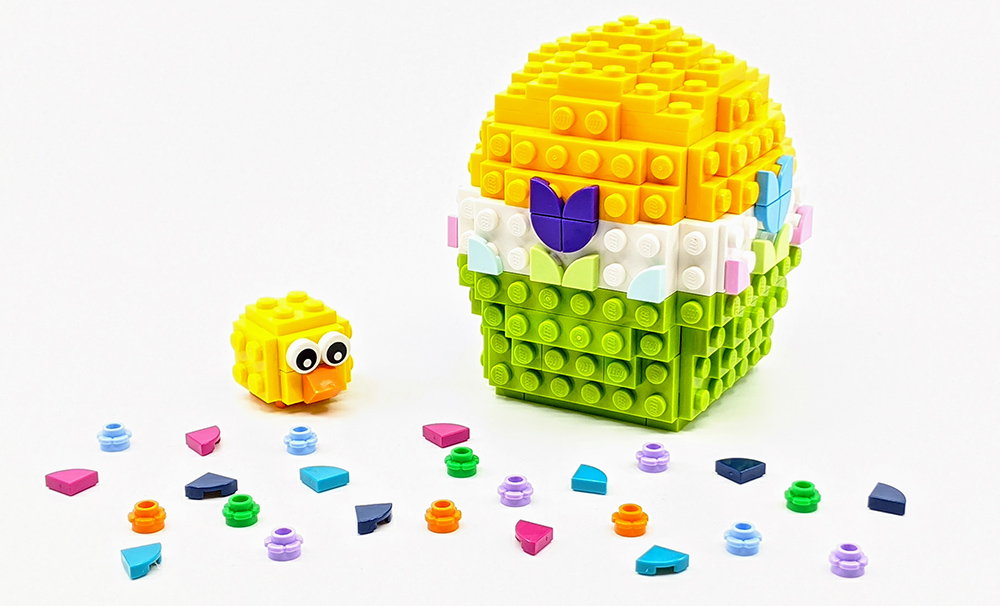 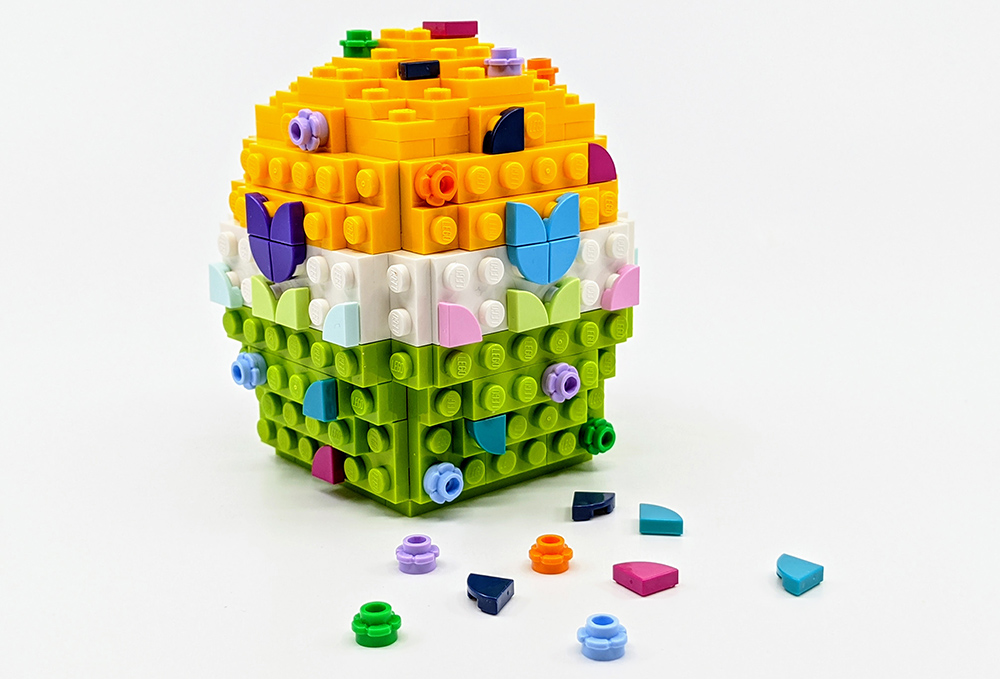 It’s nice to have something different for an Easter set, many assume that the recently released Easter Bunny Hut set would be a GWP set but instead, this buildable Easter Egg will be offered for free on the run-up to Easter. It’s a fun build and I like that it can be jazzed up with additional elements. The colours seem like an odd mix, but they work nicely against the base colours of the egg. Thankfully the spend limit isn’t as crazy as some of the buildable free sets have been recently. The promotion begins next Monday and will be available in LEGO stores and online. Please note promotions may change due to the on-going effects of Covid-19.