The LEGO® Speed Champions theme has been bringing iconic automotive brands to the world of LEGO for six years now. But it’s only now that the popular theme has been granted a polybag set. The Lamborghini Huracán has been shrunken down into a microscale minibuild. The set has started to appear in US stores, which means it’s a little easier to get hold of elsewhere thanks to eBay and Bricklink. Although I’m not a petrolhead, I’ve become a fan of the Speed Champions sets, thanks to the recent Forza Horizon 4 expansion pack and this particular polybag caught my eye, when it was first revealed. So here’s a closer look at the set. 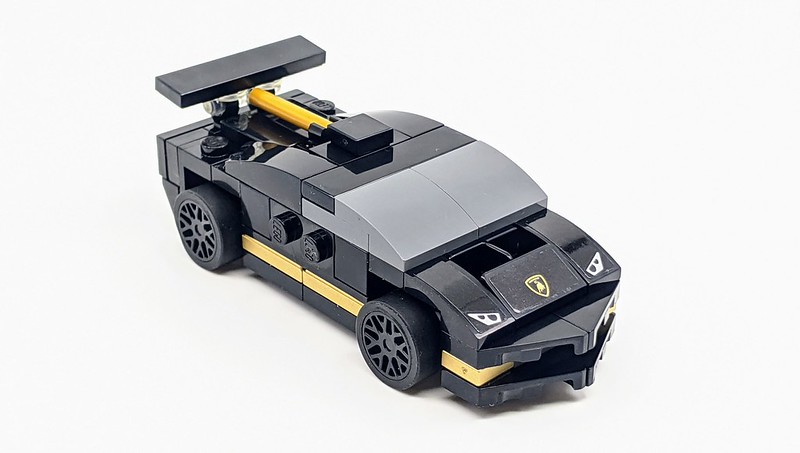 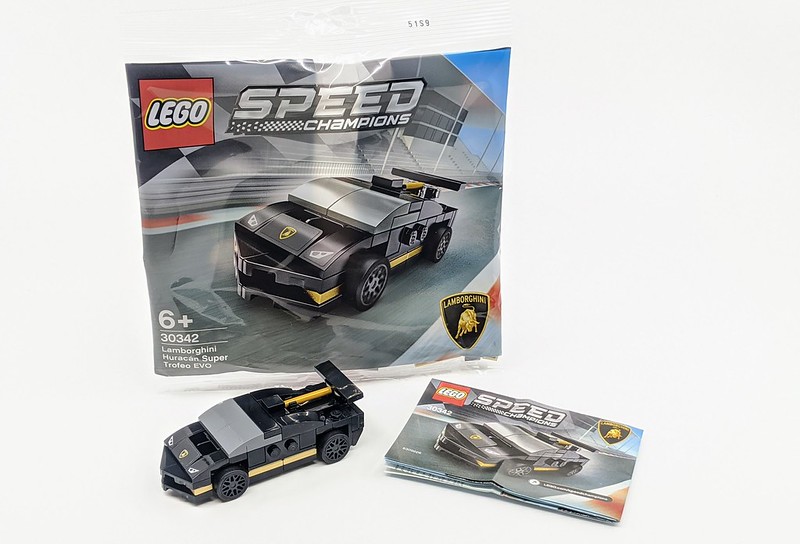 As the name suggests, the set comes packaged in a polybag, with folded instructions sheets, nothing usual there. However, there is a sticker sheet and it’s housed within a box similar to what material pieces come in. The build is far more simple than a standard LEGO Speed Champions set, but there are still a couple of neat techniques. The spoiler is connected via a couple of elements normally used to connect accessories to Minifigure hands. 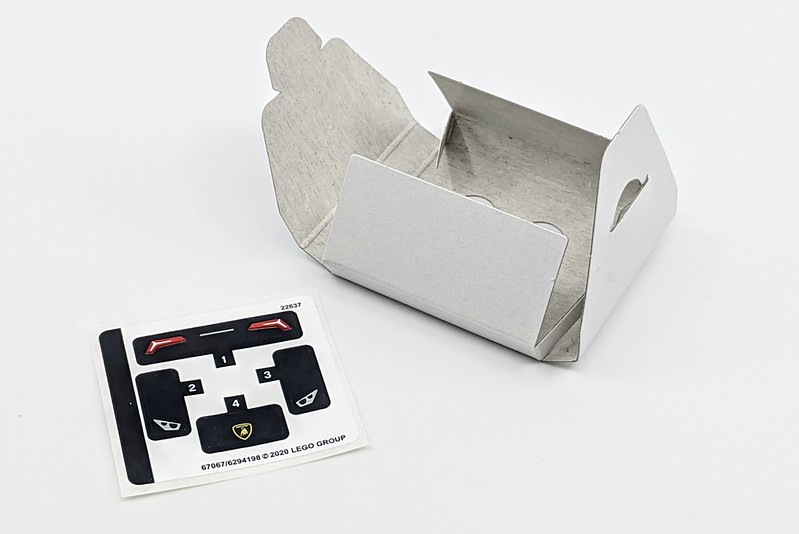 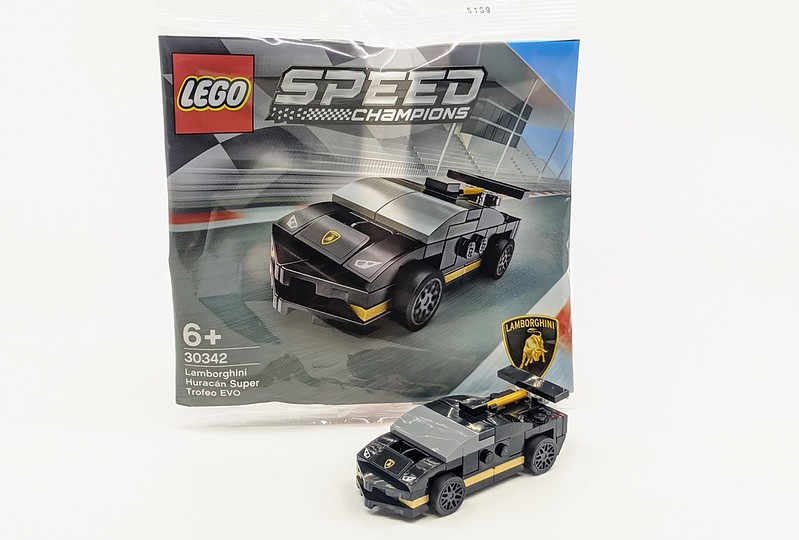 The unique black and gold colour scheme of the Huracán Super Trofeo is achieved with pearl gold pieces, these look great against the black, although there is a strange mark around the two studs on the angle plates used on the side of the vehicle. They are not finger marks, but they are noticeable. The rest of the detail is added via stickers. So the Lambo badge is on a sticker along the bonnet. Plus two additional stickers for the headlights. Final sticker is across the rear of the car, to show the brake light. 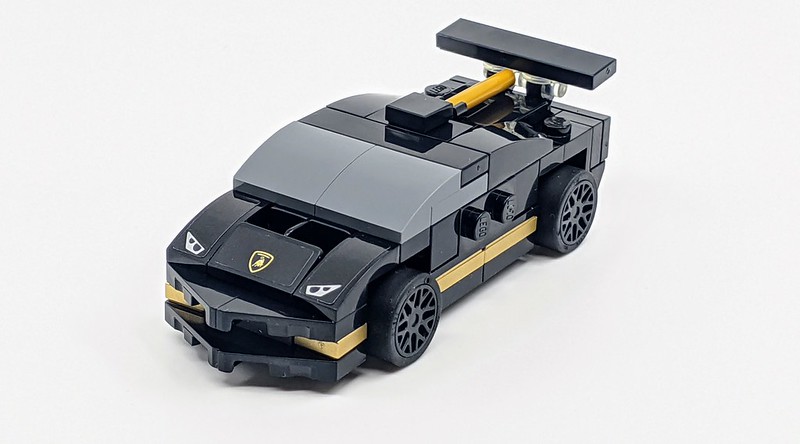 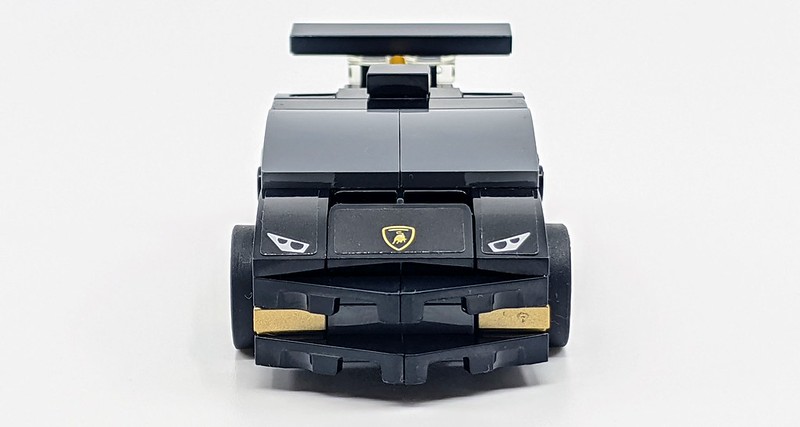 For the past five years, the standard LEGO Speed Champions sets have followed the same design standard of 6 studs wide, for the 2020 range that changed to 8 studs wide, this build is 4 studs wide. The smaller scale means less detail, but it looks pretty cool for such a small build. I like the use of the pearl gold elements, with matches the larger set it is inspired by. The idea of polybags is to promote the retail sets and this has certainly done its job as I really one to build the Lamborghini from the Speed Champions double pack. I will add that I really wish LEGO would make it easier to get these sort of sets. In the UK especially it’s near on impossible to find them, they occasionally pop up in LEGOLAND stores but it would be great if they just sold non-promotional releases in LEGO stores or online. 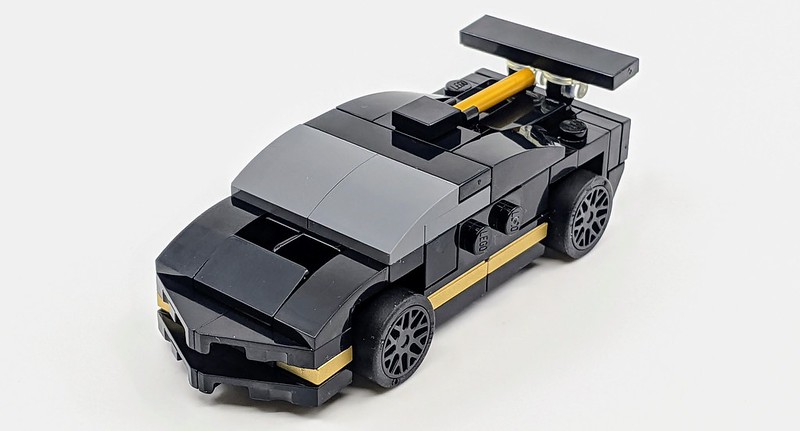